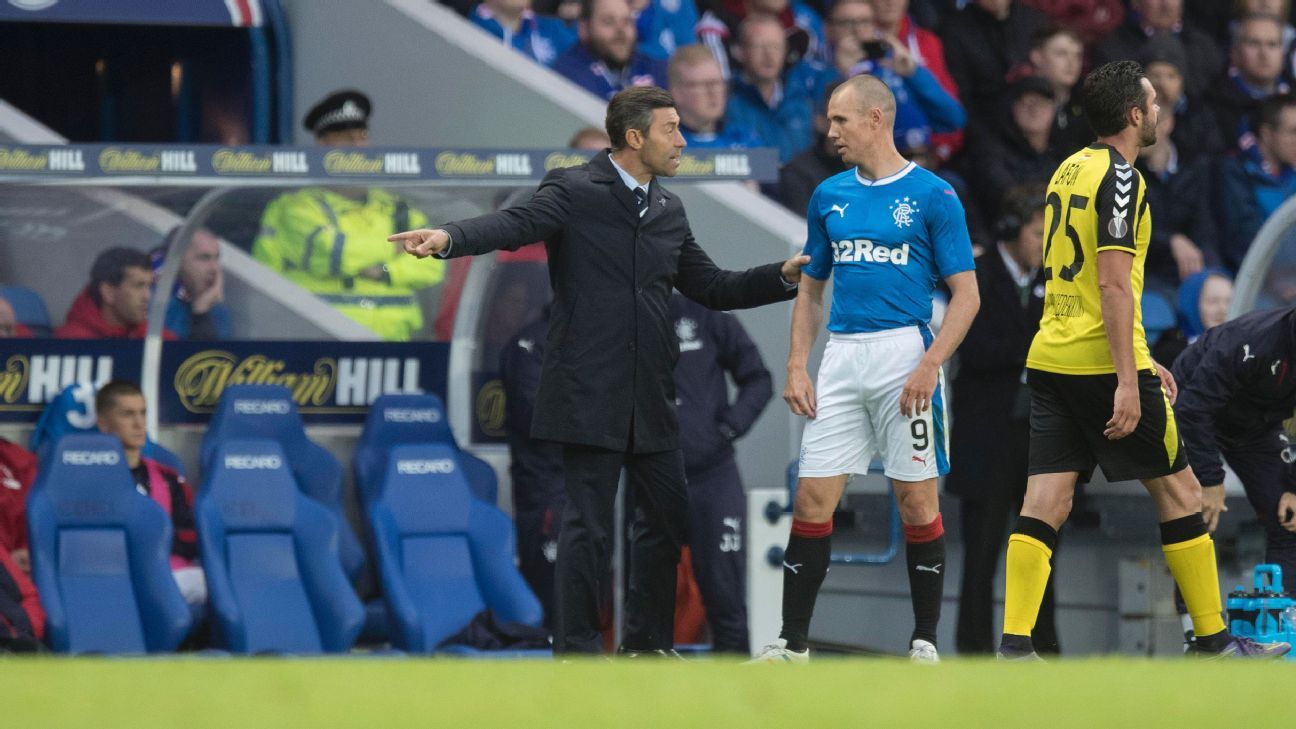 
Pedro Caixinha says he will take the blame for Rangers’ humiliating Europa League exit — but will not rip up the blueprints for his Ibrox transformation job.

Gers suffered their worst ever European result as they crashed out at the first qualifying stage hurdle to Luxembourg minnows Progres Niederkorn.

The part-timers had never won a game at continental level before facing Gers — and had managed just one goal in their previous 13 ties — but second-half strikes from Emmanuel Francoise and Sebastien Thill handed them a 2-0 second-leg triumph.

They now march on to a second qualifying-round clash with either AEL Limassol or St Joseph’s after the 2-1 aggregate win.

Gers were ropey at best during last week’s opener at Ibrox and were even less convincing as they toiled amid a balmy evening in the Grand Duchy.

Caixinha has signed eight new players this summer with Graham Dorrans set to be the ninth when he arrives later this week, but there is little evidence so far that the new arrivals are any better than the team which trudged home last season 39 points behind Celtic.

Having presided over May’s nightmare 5-1 drubbing by the Hoops, there are many among the Light Blues support who believe his four-month reign is already doomed.

Caixinha, though, is refusing to panic and says he will continue with the plans he has put in place for the new season.

The Portuguese coach told RangersTV: “I’m just disappointed. I assume all the responsibility. We could not do what we were here to do – win the game.

“What happened to us today is a once-in-a-lifetime thing. That’s part of football of course. I’m always a positive guy and never give up. We believe in this process.

“It is a strong moment we are living in now and we need to face it with all our personality, character and strength.

Gers arrived in Luxembourg with only a Kenny Miller goal from the first leg in their luggage.

They failed to build on that lead, however, and paid the price as first Francoise tucked home from close range after 66 minutes.

Thill then saw a free kick slip through a ruck of bodies before nestling in the corner of Wes Foderingham’s net.

Gers had hit the crossbar when James Tavernier got his head to a Lee Wallace delivery just before Niederkorn pounced for their first goal.

And they struck the woodwork twice more after the hosts’ second but neither substitute Josh Windass or Miller’s late efforts bounced the right way as Rangers’ return to European action after six years in the continental wilderness ended in fresh shame.

And Caixinha confessed his side only had themselves to blame.

“The corner they scored from came from one silly loss of possession,” he said. “After that, we knew we could not commit unnecessary fouls but that’s what we did.

“We need to apologise to our fans as they were showing this support, this loyalty to the club. They do not deserve this.

“What we need to do now is to keep working, to work harder and keep looking forward.”