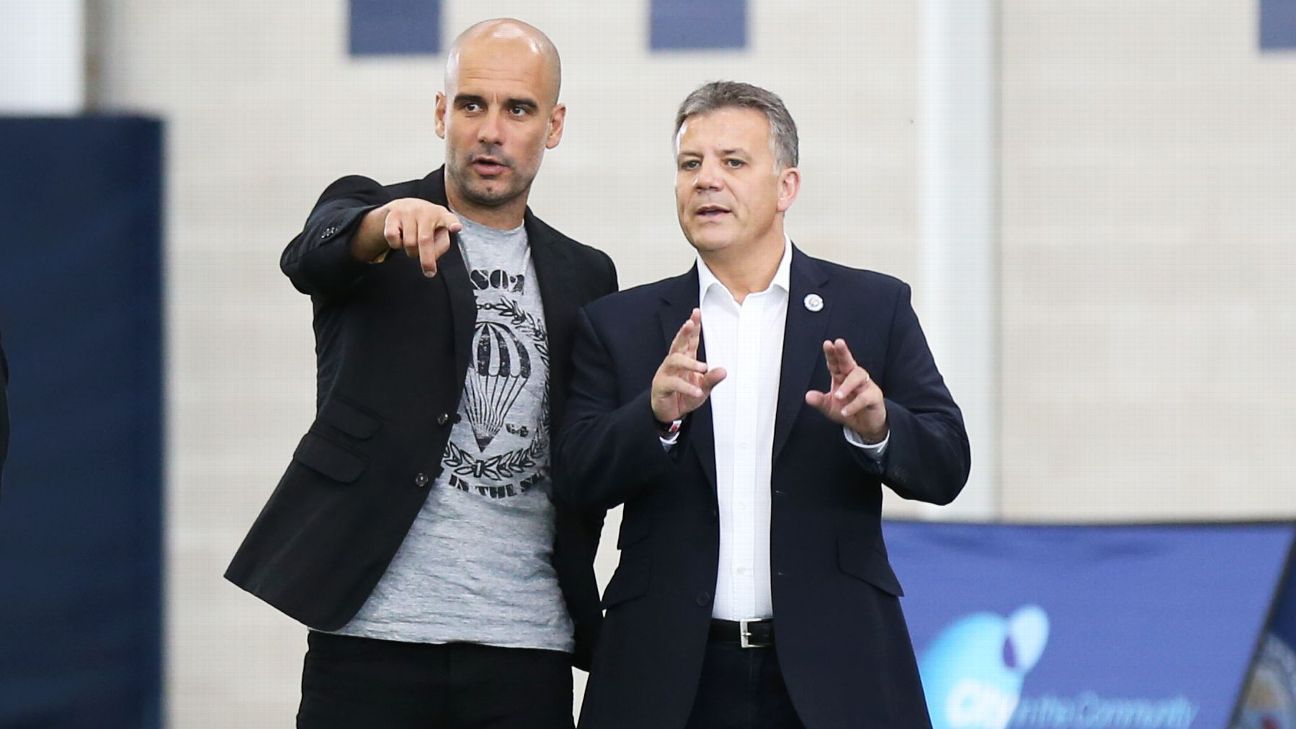 
Mark Allen is to leave his role as Manchester City academy director to become Rangers’ director of football.

The 54-year-old has been at the Etihad Stadium for more than seven years, and revolutionised the Premier League club’s youth set-up, but feels the time is right to move on and is looking forward to taking up his new post next month.

Allen, who has a full UEFA coaching A licence, told Rangers’ website: “I loved every minute of my time with Manchester City. They are a club with fantastic people and fantastic supporters, but the time was right for me to look for a fresh challenge and I am joining one of the world’s truly great football clubs.

“Steeped in history and tradition, I am honoured to join Rangers and work with the board of directors, [manager] Pedro Caixinha, his management team and the staff at the club.”

Academy Director, Mark Allen has accepted a role with Scottish Premier League side @RangersFC as Director of Football from July 7th. #mcfc pic.twitter.com/wN4sPpSI89

Allen started his career as a youth player with Swindon before moving to San Diego to take up a football scholarship and business and accounting degree.

He returned to the UK at the age of 24 and forged a successful business career, rising to managing director of MTV’s broadcast division in London during a 13-year spell with the global music corporation.

Rangers managing director Stewart Robertson said: “We are delighted Mark has agreed to move to Glasgow and become our new director of football.

“He is a man of vision who has achieved great success with Manchester City’s academy. He has excellent contacts in football but also the business world and he will be a great asset to Rangers.

“We said we would not rush into an appointment as we wanted the right candidate, and we feel Mark is the best man for the job. We look forward to working with him closely in the years ahead in what will be an important role at the club.”