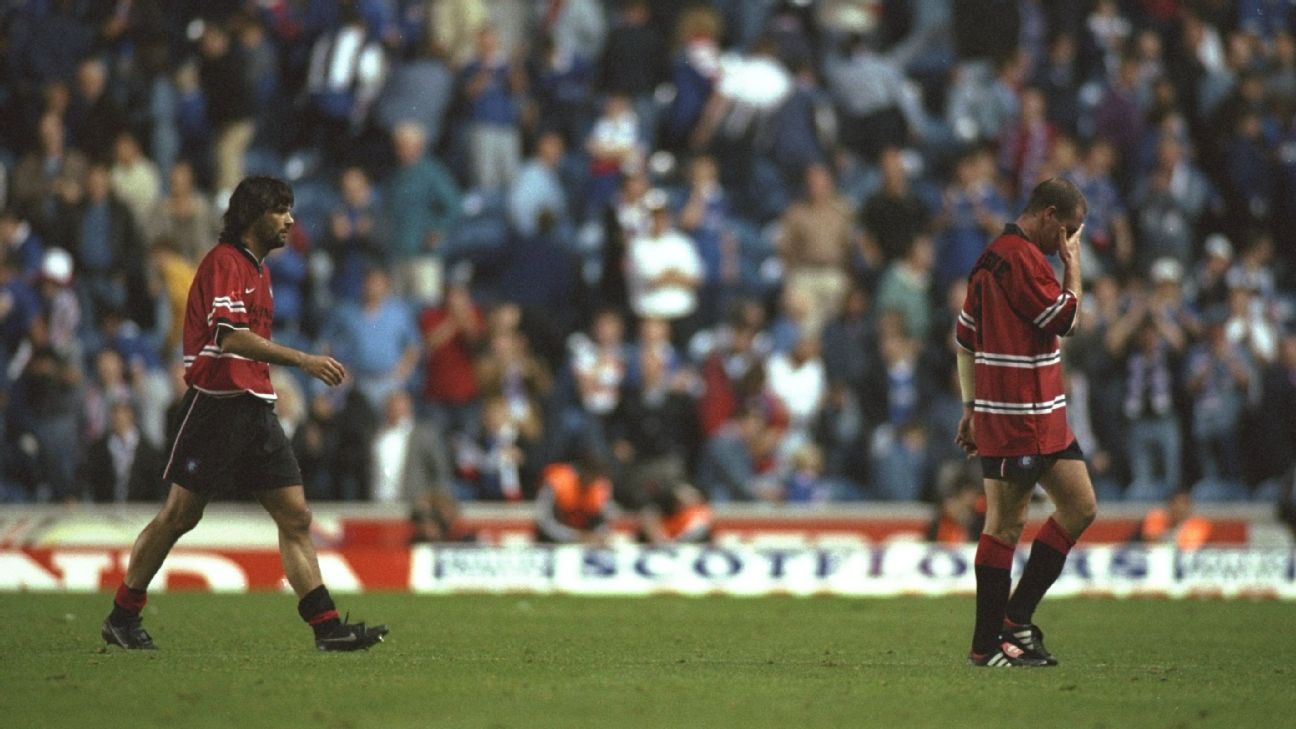 
Rangers suffered fresh humiliation as they crashed out of the Europa League qualifiers to Luxembourg minnows Progres Niederkorn.

The Ibrox men were looking to bounce back after last year’s domestic troubles but fell at the first hurdle.

Here’s a look at how this latest shock defeat stacks up against some of the Light Blues’ other early exits.

Just six months after coming within one game of a place in the 1992 final (due to the format seeing the winner of each of the two groups facing off for the trophy), Rangers were looking to follow up their record-breaking 1992-93 campaign with another long run in Europe. But their Bulgarians opponents were allowed to grab two crucial strikes in a 3-2 defeat at Ibrox before Nikolay Todorov’s long-range screamer in the return clash sent Sofia through on away goals after a 4-4 aggregate draw.

Ibrox chief David Murray responded to that Sofia setback by sanctioning the purchases of Denmark international Brian Laudrup and Champions League-winning Marseille defender Basil Boli the following summer. But neither could help prevent another huge disappointment as they wilted in the searing Greek heat. Dimitris Saravakos did the damage, netting all three goals in a 3-0 aggregate loss.

The big-spending Scottish champions were gearing up for their attempt at securing a 10th straight league crown and hoped to support their extravagant splurges with a run to the lucrative group stage. But they tripped up once again as they allowed the Swedes to claim a 4-1 win over two legs. A place in the UEFA Cup was given out as a consolation prize but even that ended in disappointment as Rangers crashed out immediately to Strasbourg.

Walter Smith’s team caused a sensation when they marched all the way to the final of the previous season’s UEFA Cup, taking over 200,000 fans with them to Manchester. There were hopes of a repeat adventure as they kicked off against the Lithuanian champions — controlled by then-Hearts owner Vladimir Romanov. But the journey was over after just one trip as a goalless draw in Glasgow was followed up by a 2-1 loss in the Kaunas return.

Ibrox favourite Ally McCoist was hoping to make his mark after taking over from Smith as boss but saw his regime start off in the worst possible way as Rangers crashed out of the Champions League following a 2-1 aggregate loss to their Swedish rivals. The loss of a £20 million windfall that would have come with a place in the group stages would eventually have dire consequences as owner Craig Whyte led the club down the path to liquidation.

After six years in the European wilderness Gers were back in continental action having completed their journey through Scotland’s lower leagues. Up against a part-time outfit from Luxembourg who had never won a game in Europe before and had netted just one goal from their 12 previous ties, they were expected to march on with ease. But Pedro Caixinha’s men suffered fresh humiliation as they slumped to a 2-1 aggregate defeat.