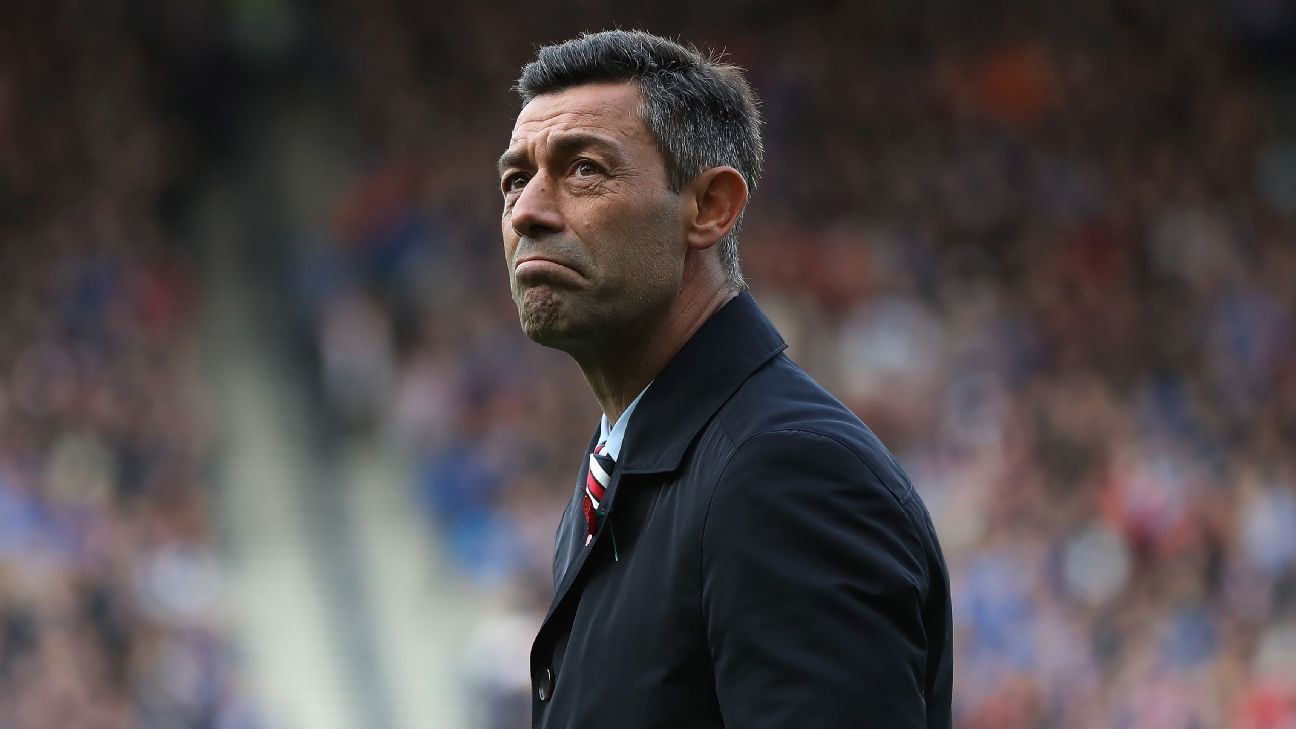 
Rangers have parted company with manager Pedro Caixinha, the club announced on Thursday.

The Rangers board took the decision to end Caixinha’s troubled seven-month reign after they met for talks in the wake of Wednesday night’s 1-1 draw with Kilmarnock.

Rangers under-20s boss Graeme Murty will resume caretaker duties for the second time this year when the club travel to Edinburgh to face Hearts on Saturday.

“Pedro was appointed in March this year but results have been disappointing and not commensurate with the level of investment that was made available,” Rangers said in a statement.

“We had a board teleconference this morning and the decision was made,” Johnston told Press Association Sport. “I don’t think it was a fait accompli, there was a lot of sharing of opinions and viewpoints and lots of questions asked and answered.

“It wasn’t a quick three-minute call, let’s put it that way. But the decision was obviously something that was under consideration for a while, we are not deaf and blind.

“I think the events of the last couple of weeks demonstrated institutional failure, if you will. It was a systemic problem and not just one we thought could be corrected easily with the current personnel.

“You can’t not be disappointed after losing a manger after seven months but the board had to reach a decision which was in the best interests of the club in the long run and if a decision was going to be made it was better being made sooner rather than later.”

Victory over Kilmarnock would have bought him a few more days but chairman Dave King — back in Scotland for a rare visit — decided enough was enough when Caixinha’s team threw away their 1-0 lead in a shambolic final five minutes.

The result seemed to sum up the Portuguese’s spell in charge of Gers, which has teetered from one calamity to another. In total he presided over just 27 games, managing only 14 wins.

While there was the odd high point — like April’s 3-0 win over Aberdeen at Pittodrie — they were outnumbered by a series of nightmare results as he failed at any point to record three successive wins.

Their 5-1 loss to rivals Celtic in the final Old Firm clash of last season was the club’s worst ever derby performance at Ibrox, while Caixinha also presided over Gers’ first home defeat to Aberdeen in a quarter of a century with May’s 2-1 defeat.

Some were surprised to see him survive his first two games of this season when the Glasgow giants were dumped out of the Europa League by Luxembourg minnows Progres Niederkorn.

His judgement on transfer matters was also called into question at times. First he allowed highly-rated Scotland international Barrie McKay to join Mark Warburton — the man he inherited the Ibrox hot-seat from — at Nottingham Forrest for a meagre £500,000 sum, before deciding to shell out almost £2.5 million on Carlos Pena.

The Mexico international was expected to provide Caixinha’s new-look side with a spark but has struggled to demonstrate any sign that was money well spent.

The onus of guiding Gers past a tricky trip to face Hearts will once again fall on Graeme Murty. He was in charge for six games last term in the wake of Warburton’s departure and even managed to secure a 1-1 draw at Celtic Park.

The bookmakers have already made former Forest boss Billy Davies the frontrunner to land the post but the likes of Derek McInnes and Alex McLeish are also highly likely to come under consideration.

Earlier on Thursday, Rangers defender Bruno Alves lost his appeal against a two-match ban for kicking Moult. The Portugal international will now miss the Premiership encounter on Saturday. The second part of his suspension applies to next season’s Betfred Cup.