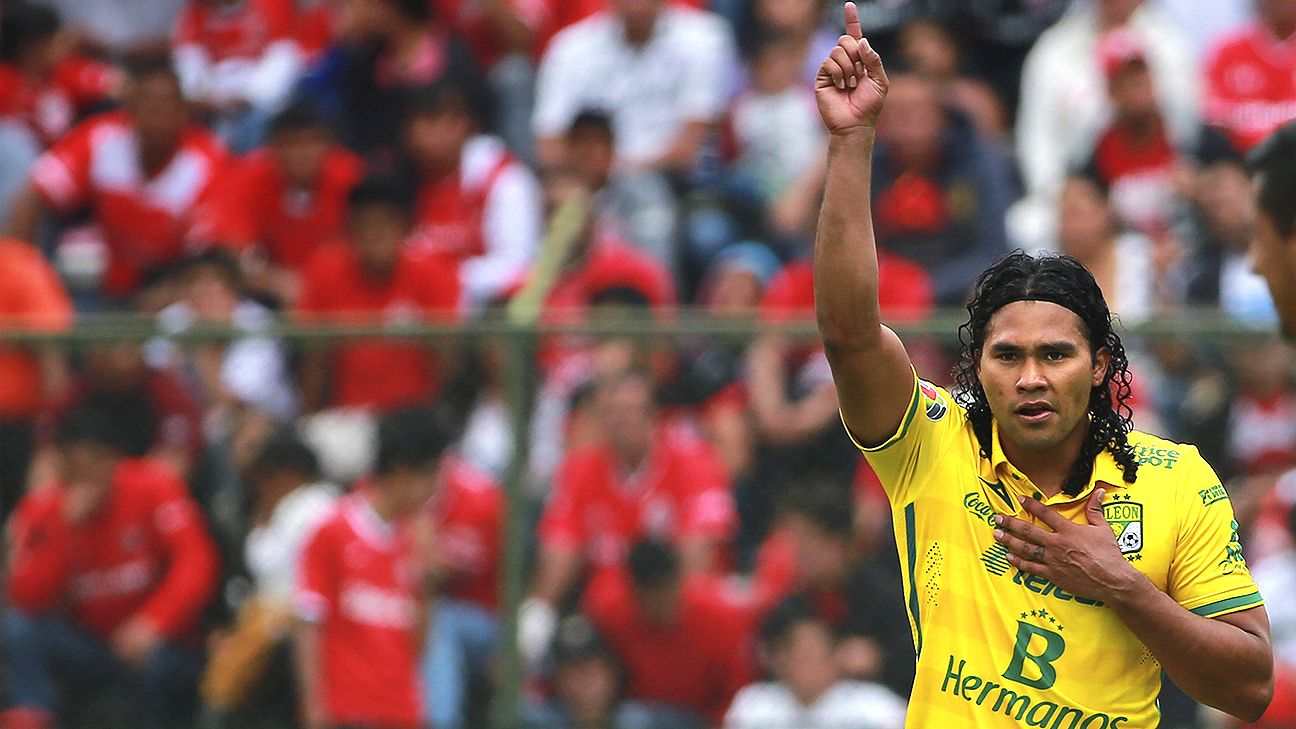 
Rangers manager Pedro Caixinha says he hopes to help new signing Carlos “Gullit” Pena recover the form that once made him among “the best in Mexico.”

The Scottish club officially unveiled Pena and Eduardo Herrera as their seventh and eighth signings of the summer on Thursday, and Caixinha, who formerly coached Liga MX club Santos Laguna, told ESPN’s “Toque Inicial” that he had long had his eye on the Mexico internationals.

“Since I arrived in Mexico in 2012, I first met Carlos, who at the time was at Leon, and I followed him closely,” Caixinha said.

Pena has been a roller-coaster ride since being one of Leon’s fundamental players in the club’s achievement of back-to-back titles in the 2013 Apertura and 2014 Clausura, but he has seen a dip in form since signing for Chivas in 2015.

“Definitely, I will have to rehabilitate him, and [Pena] will have to be very strong so he can be with Mexico in the next World Cup, which is what I want,” Caixinha said.

“I know the Carlos from the back-to-back championships with Leon, that’s the one I want to get. I want to work with the midfielder who at one point was the best in Mexico.”

Caixinha said he would follow the example set by Pena’s former Leon coach Gustavo Matosas to help get the 27-year-old back on track.

“The coach, the setting, the club’s structure, and strong family… that’s what I aspire to generate because he has the football; there’s a lot of potential, and I’ll help him,” Caixinha said.

Chivas bought Pena from Leon for a reported €8 million transfer fee, and Caixinha admitted that the player’s recent form dropped his price tag, which permitted Rangers to make a bid.

“Football sets you at the top or the bottom; it has to do with the capacities of each player,” Caixinha said. “Had ‘Gullit’ been in his best career moment, we wouldn’t have been able to get him. But right now, it’s not the case. He cost less than half the price of what it cost Chivas to get him.”

Herrera and Gullit signed three-year deals that tie them to Rangers, and their main objective is to win over the crowd at Ibrox Stadium.

Herrera, who last season played on-loan with Liga MX side Veracruz, is a striker who has a strong aerial game and Caixinha, who coached the 28-year-old striker during his loan spell at Santos Laguna, believes this aspect to his game will help him to quickly adapt to the Scottish Premier League.

“We needed a player who could become the reference point in the box, who could box out with the defenders,” Caixinha said. “We play zone defense when we’re defending set pieces, so he’s a good fit because he can equally attack and defend in the aerial game.

“Also, during the build-up of plays, he connects well with the midfielders and wingers.”