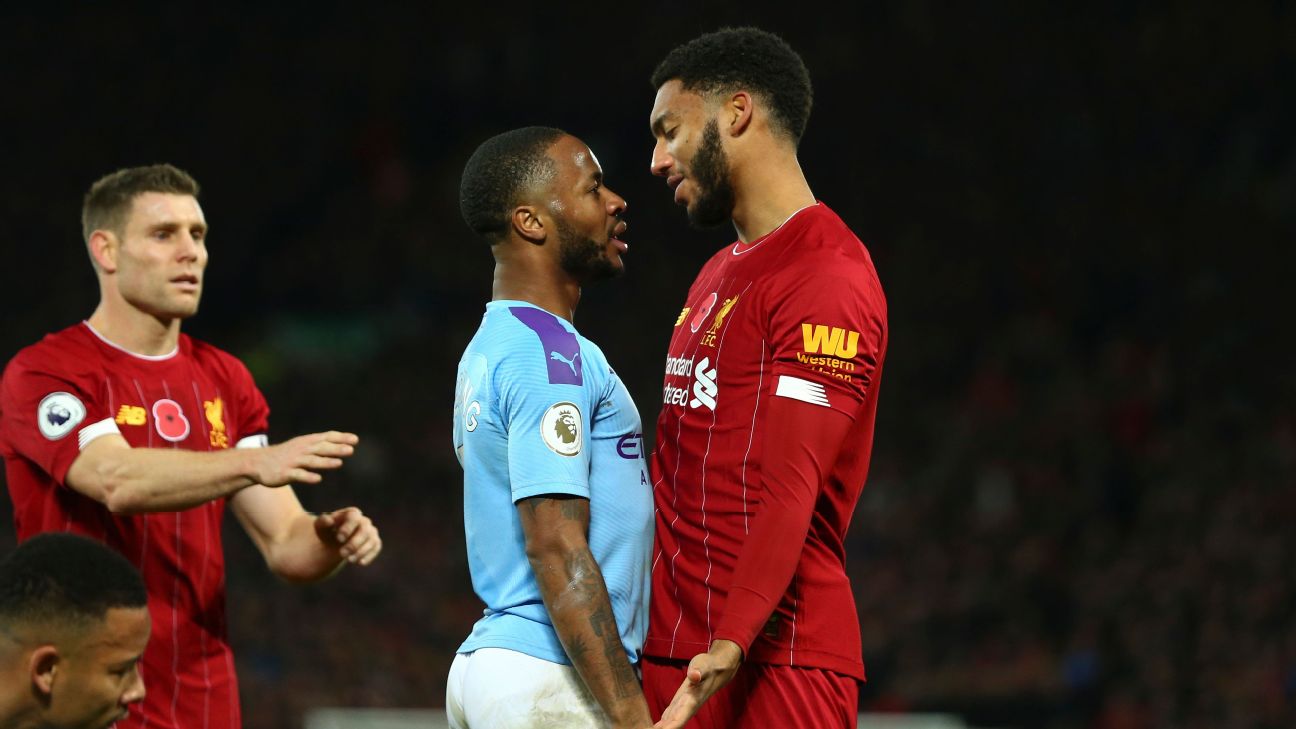 Southgate has called up four Liverpool players for England’s latest round of qualifiers — Gomez, Trent Alexander-Arnold, Jordan Henderson and Alex Oxlade-Chamberlain — while Sterling and John Stones have been included from City.

On Tuesday, Gomez appeared for training with the rest of the squad sporting a scratch mark below his right eye that was not there at the final whistle of Sunday’s clash at Anfield.

Former England defender Rio Ferdinand said Southgate’s decision to drop Sterling will only heap the pressure on the forward and the issue could have been dealt with better.

“Now Raheem is left to defend himself from all of the haters that had their keyboards turned off due to him becoming a very worthy ambassador for the English game,” Ferdinand wrote in a Facebook post.

“If this was a terrible incident then I would be all for public shaming and discipline. But for this ‘throat grab’ that we are TOLD it’s for, I can’t understand it.

“Gareth would no doubt had seen worse many times during his time as a player and manager. I just feel this could and should have been handled better to support the player and not hang him out to dry.”