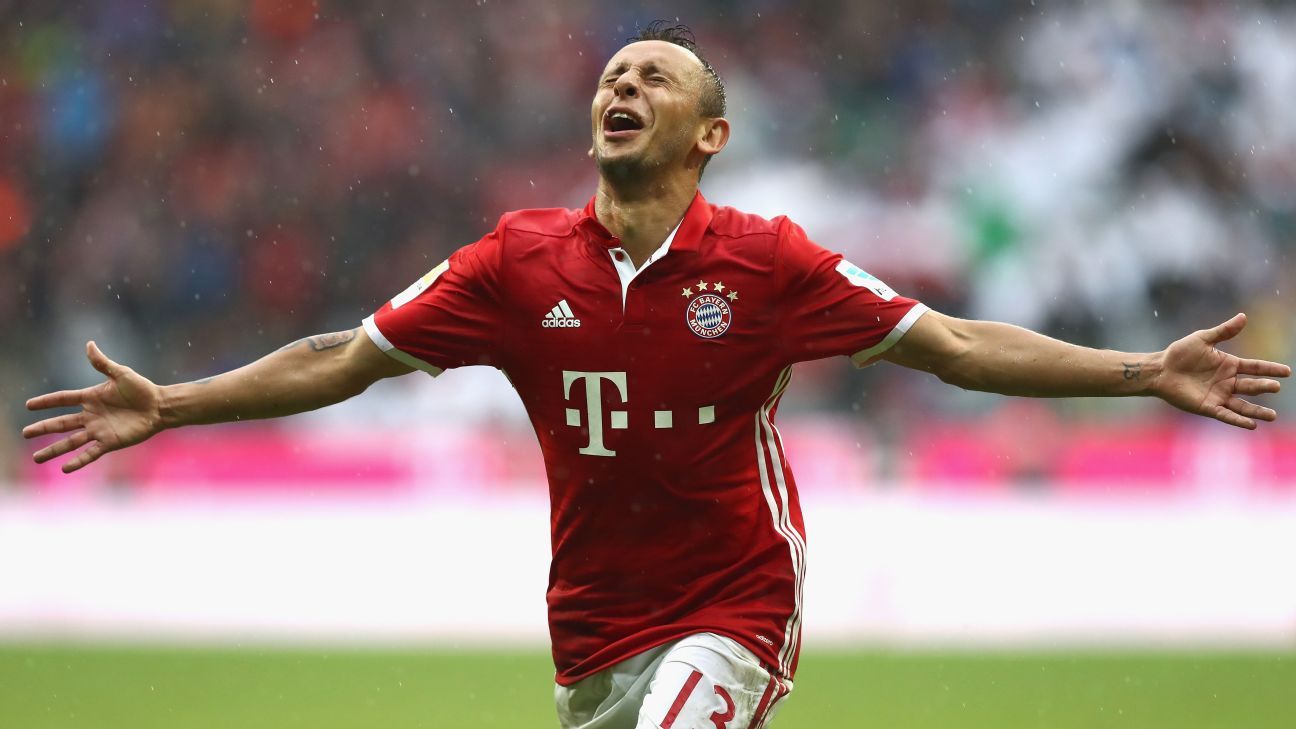 
Rafinha has his sights on a place in the Brazil squad for the 2018 World Cup and said he will fight Joshua Kimmich to become Philipp Lahm’s successor at right back for Bayern Munich.

Rafinha, 31, made his comeback for the Selecao after a break of three years earlier this month, appearing as a second-half substitute in Brazil’s 1-0 defeat to Argentina, and started in the 4-0 win over Australia.

“I’m very grateful to Tite for giving me this chance,” Rafinha told kicker after earning caps three and four in Melbourne and doubling his total appearances for his country. “It’s an honour to be back in the national team and a childhood dream to pull on the Brazil shirt once again.”

The former Schalke defender intends to strengthen his claims for a World Cup place with consistent performances at club level in Germany.

“I have to work hard at Bayern during this special year in order to have a chance of playing in the World Cup,” he said.

“Of course the World Cup is my target — it’s every player’s dream to play for their country in such a tournament. It’s my dream too and I’ll give it everything.”

Rafinha signed for Bayern from Genoa in 2011, making 201 appearances over six seasons — the same number as Arjen Robben in that timeframe — winning five Bundesliga titles, three DFB Pokals and the 2013 Champions League.

He said: “Winning trophies was one of the reasons I moved to Bayern in 2011. We all know that Bayern is able to win everything year in year out. I’ve had a great time so far playing in an amazingly good side that always gives their all and always eyes success.”

Rafinha played 27 times under Carlo Ancelotti last season as Bayern clinched their fifth consecutive Bundesliga title. However, both Bayern CEO Karl-Heinz Rummenigge and coach Carlo Ancelotti believe Germany international Kimmich is the natural successor to Lahm at right-back, who retired at the end of the season.

However, Ancelotti regularly preferred Rafinha ahead of Kimmich last season — for example, in the Champions League away game against Arsenal, when Lahm was missing through suspension. And following Lahm’s retirement, Rafinha again wants to make life tough for Kimmich in his bid to secure regular first team football.

“I’ll always fight for my spot,” he said. “Nothing is a given in life. I’ll give it my best shot and then we will see what happens.”

Rafinha signed a one-year extension earlier this year to remain at the Bundesliga champions until 2018 and wants to prolong his stay again next summer.

“Bayern is a massive club and I hope I can extend my contract. If the club and I can reach an agreement that would be great,” he said.