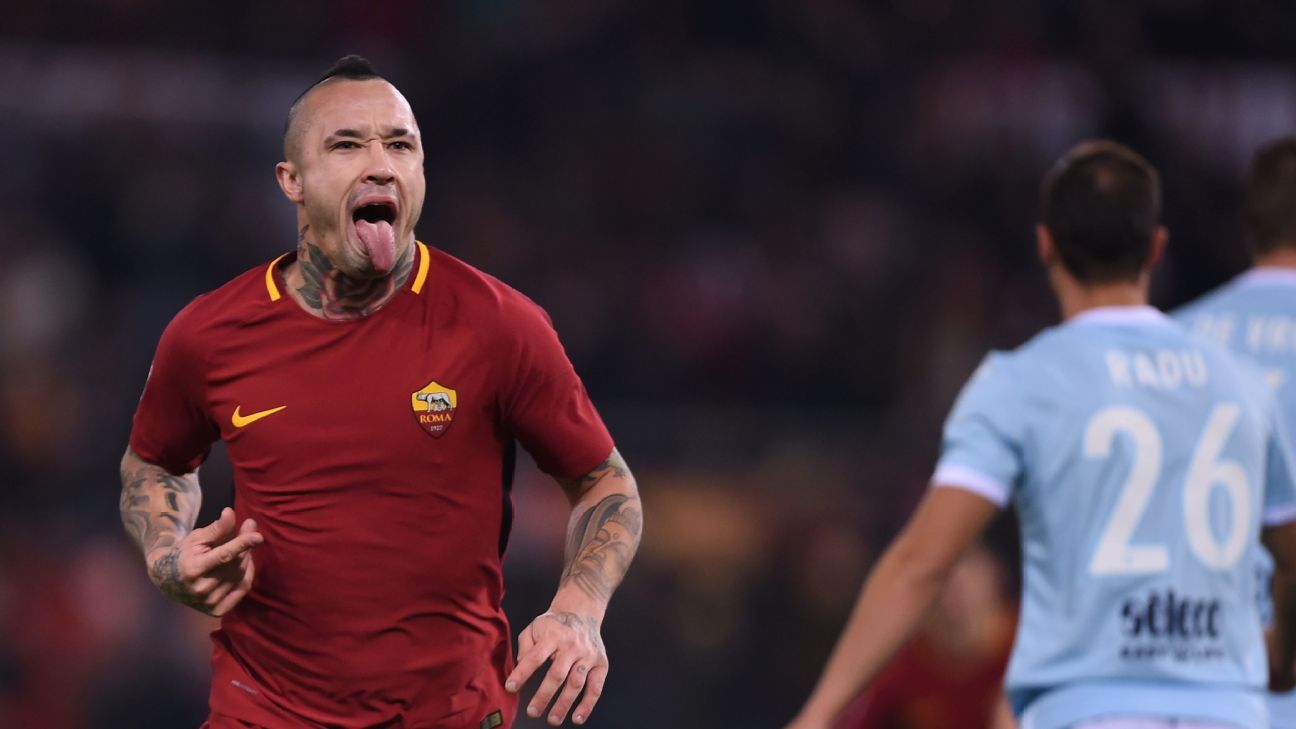 
Roma midfielder Radja Nainggolan says he turned down Chelsea and several other clubs in favour of a happy life in Rome.

The Belgium international has frequently been the subject of transfer speculation, most recently with rumours of a move to China in the winter. However, he has remained faithful to Roma and intends to continue his career and life in the Eternal City — because that is what makes him happy.

“I could have gone to Chelsea and many other clubs, but starting something knew when you are 28, 29, in a new culture, another lifestyle, that’s not for me,” he told Belgium’s Sport Voetbal Magazine. “I prefer to stay where I feel good.

“If money were my only motivation, I would have changed clubs many times and my salary would have grown, but my first priority is to live well. You need to live well and be happy playing where you are and I have both of those things here. Everything is perfect; my family is happy in Rome.

“There are lots of good restaurants and it’s a good place to go shopping. When friends or family come to visit, you can send them almost anywhere.

“I’m liked at the club and the supporters are behind me. I’ve given a lot on the field and I get a lot of respect for that. As a footballer, that’s one of the best things you can get. I grew up in Antwerp, but I became a man in Italy. As things stand, I can see myself living in Rome in later life.”

Nainggolan still hopes to travel to Russia this summer as part of the Belgium national team.

He was left out of Roberto Martinez’s first squads since the former Wigan and Everton coach claimed he did not fit in with his style of play, but Nainggolan still hopes to convince him that he deserves a place on the plane to Russia.

“I think that, based on my performances in recent years, I deserve to be part of the squad,” he said. “I would put myself in as one of the two central midfielders in a 3-4-2-1 — that is my best position. But the most important thing is being part of the World Cup squad. I missed the last World Cup.

“Sometimes you have to be able to accept that choices are made that you do not agree with. I’m still missing one thing: experiencing a World Cup. Preferably this World Cup. If I miss this, I would be very sorry.”