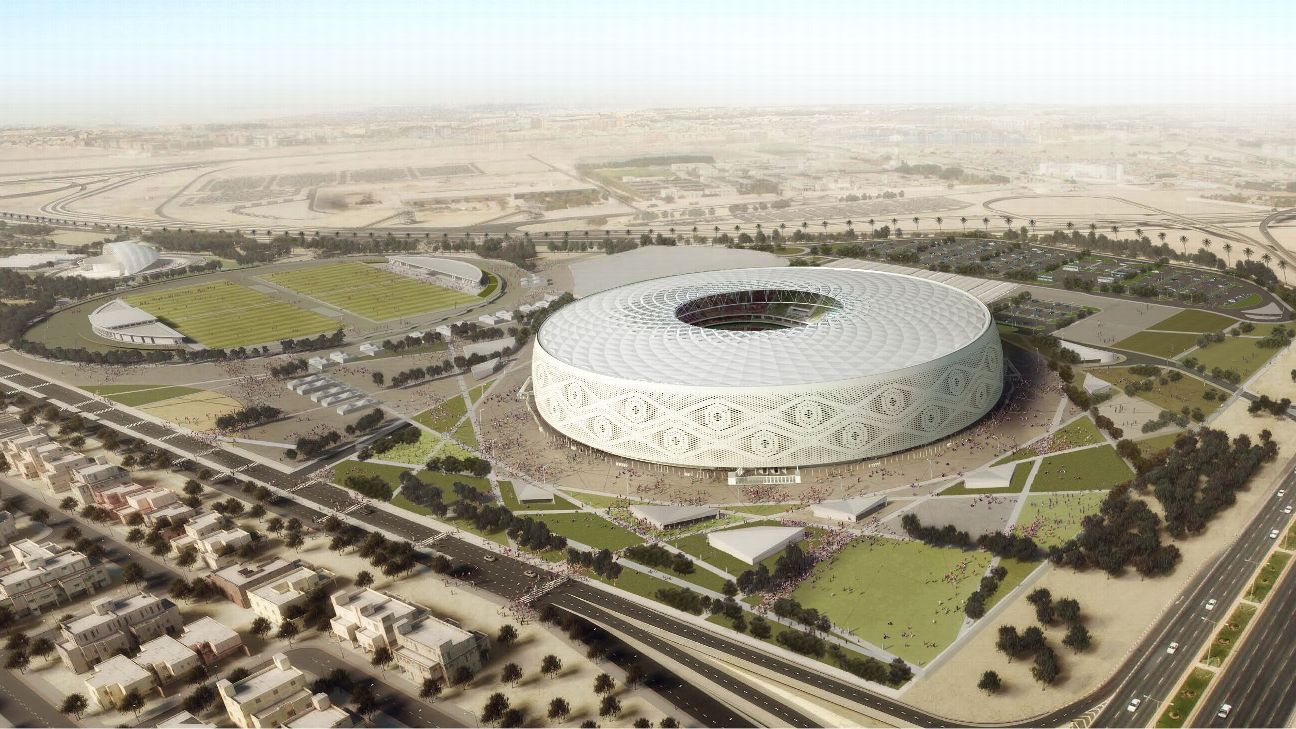 
Qatar World Cup organisers have presented plans for the 40,000-seat Al Thumama Stadium that will be used in 2022.

The design by Qatari architect Ibrahim M. Jaidah is based on the “gahfiya” skullcap worn under the gutra, or male headscarf, in the Gulf.

It is one of the seven stadiums currently being built for the tournament in the Gulf nation in five years.

Al Thumama Stadium, in the Doha suburb of Al Thumama, is due to be finished in 2020 and will be used for matches up to the quarterfinals in 2022.

“This symbolic design embodies everything that unites us as Arabs and Muslims, and is a fitting tribute to the first FIFA World Cup in the Middle East,” Hassan al-Thawadi, Qatar’s 2022 committee chief, said.

The capacity will be reduced to 20,000 after the World Cup.