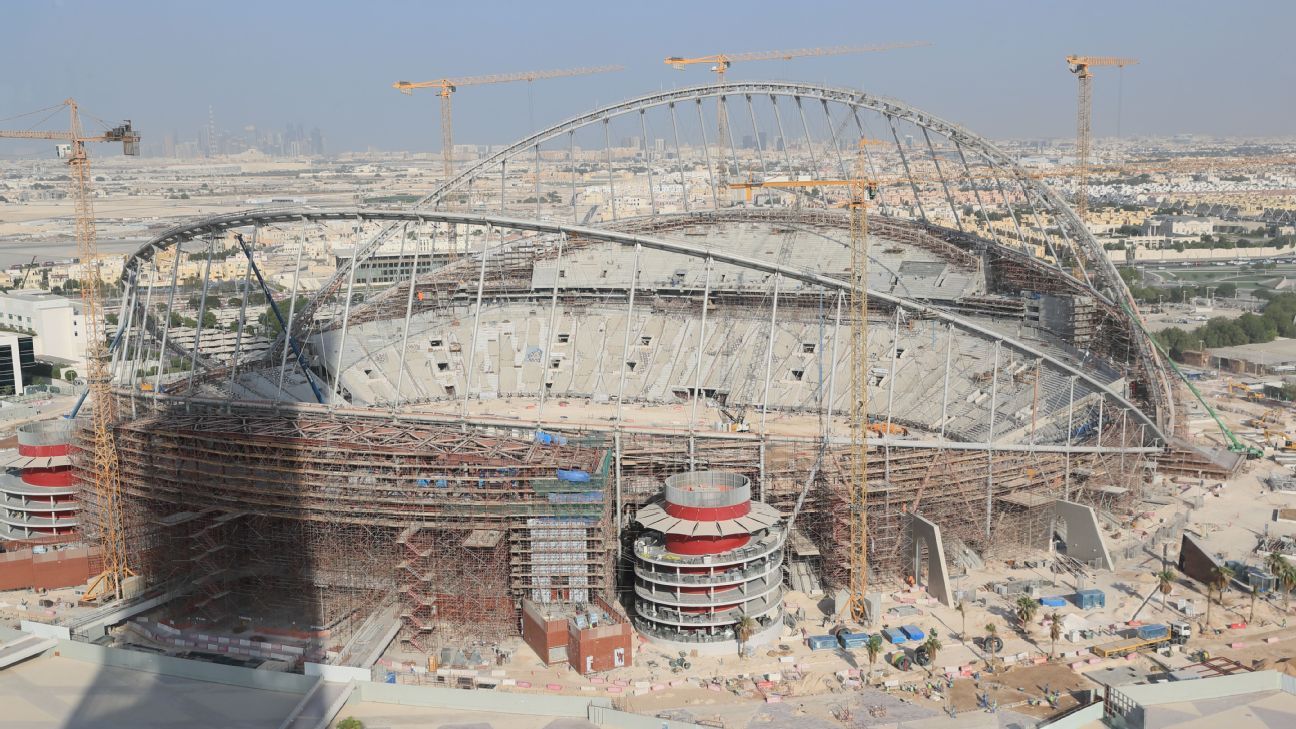 
The Qatari organisers of 2022 World Cup have provided the first details from the investigation into the death of British worker in January, confirming that safety issues have been identified.

Zac Cox, a rope-access technician, was installing a catwalk system in the roof of the Khalifa International Stadium, the first of eight World Cup venues the Qataris aim to complete by the end of 2020, when the incident occurred.

The 40-year-old’s lifeline became snagged when a lever hoist failed and one end of the catwalk dropped, leaving it hanging. Overloaded, his lifeline snapped and he fell 39 metres.

Cox, who was born in New Zealand, was treated at the scene and then transported to hospital, where he died of multiple chest and head injuries.

These details are contained in the Supreme Committee for Delivery and Legacy’s second annual workers’ welfare progress report — a 53-page document which details the scale of the World Cup-related building project in the small but wealthy Gulf state.

The report explains that a “joint accident investigation team,” led by the site’s main contractor Midmac-Six Construct, a Belgian-Qatari joint venture, completed its report within a fortnight of the incident.

An ongoing investigation by the local authorities continues to limit the amount of information the organisers can release but there is a key admission in the workers’ welfare report.

“What can be reported is that during the course of the investigation, the [investigation] team had raised concerns with the method of installation of the raised catwalk system,” it says.

“This required further investigation regarding the method itself and the supervision skills of the specialist contractor staff. A number of corrective and preventative actions were promptly put in place by [Midmac-Six Construct] on the stadium.

“Furthermore, the [Supreme Committee] implemented checks and additional controls across all stadium sites to prevent recurrence of the incident. These included a review of all working-at-height activities across all projects, an enhanced process when reviewing specialist activities within construction sites and a detailed review of all roof and gantry designs.”

The report also contains details of the death of a Nepalese worker at the Al Wakrah stadium in November — he was hit by a water tanker — and five non-work related fatalities.

But overall, the report, which has been audited by ethical recruitment and trade organisations in the United States and UK, tells a story of improving conditions across the World Cup sites.

Covering the period from January 2016 to February 2017, the report says contract-related problems, living conditions and safety training have improved, three contractors have been blacklisted for non-compliance with welfare regulations and cooling technology is starting to make life more comfortable for those working in Qatar’s blast-furnace summer temperatures.

But the report does still highlight areas that need more attention, including reimbursing the recruitment fees many workers have paid, providing adequate personal documentation such as residence permits and giving workers more of a say on safety-related issues.

In a statement, the organising committee’s general secretary Hassan Al Thawadi said: “Today, we have around 13,000 workers on eight construction sites, with a total of 53 million man-hours worked.

“This has inevitably led to an expanded role for our workers’ welfare division, which has widened its focus from improving accommodation standards to covering areas of site welfare, ethical recruitment, and stakeholder engagement and workers’ outreach.