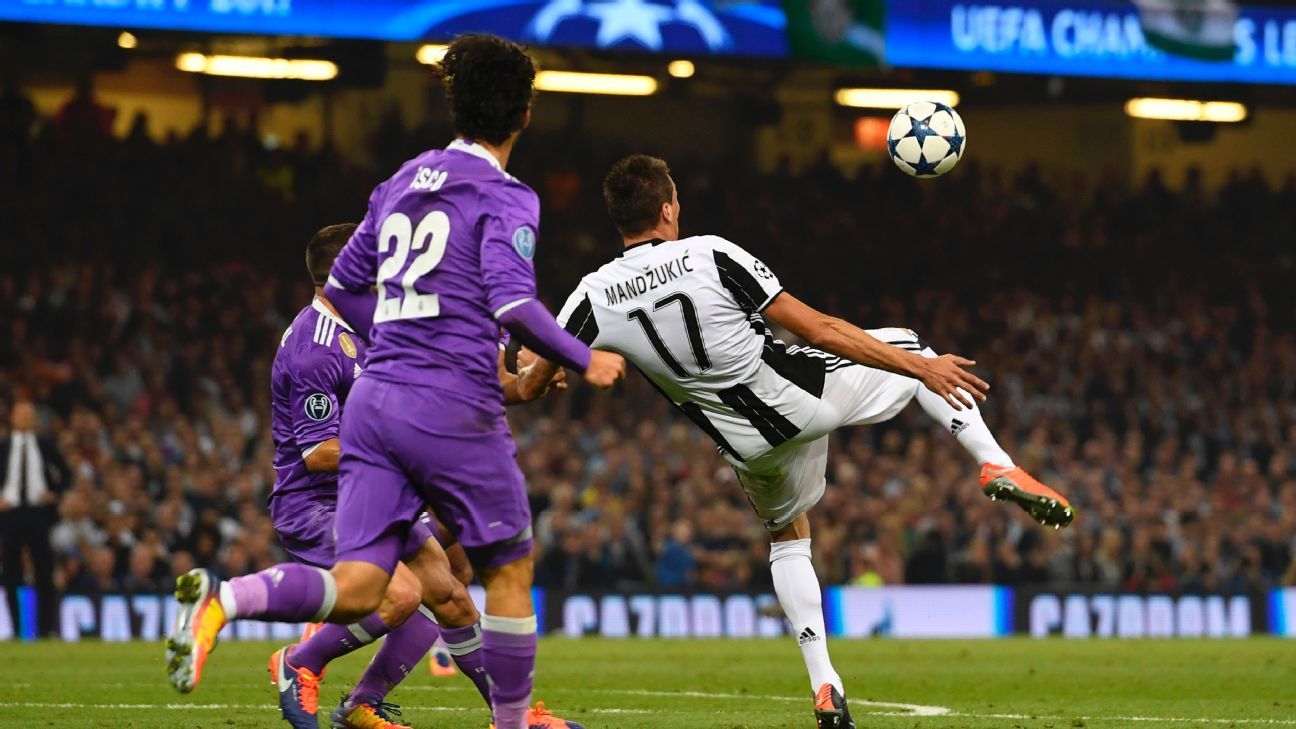 
Mario Mandzukic’s overhead strike for Juventus in the Champions League final is among the 10 nominees to be awarded FIFA’s Puskas Award as best goal of the year.

Mandzukic took the ball off his chest and with his back to goal volleyed it into net to level the final in the first half, though Real Madrid would go on to win 4-1.

Olivier Giroud’s remarkable scorpion kick for Arsenal against Crystal Palace in the Premier League was also included in the list, as is Nemanja Matic’s strike from distance that sealed Chelsea’s spot in the FA Cup final.

All but one of the goals are by men, with the exception of Deyna Castellanos’ winner for Venezuela straight from the kickoff at the Under-17 Women’s World Cup, after Cameroon had scored a stoppage-time equaliser.

The list was made by a five-person panel of former strikers: Henrik Larsson, Pedrag Mijatovic, Celia Sasic, Alan Shearer and Abby Wambach.

The list will be trimmed to three before the winner is announced along with the other Best FIFA awards in London on Oct. 23.