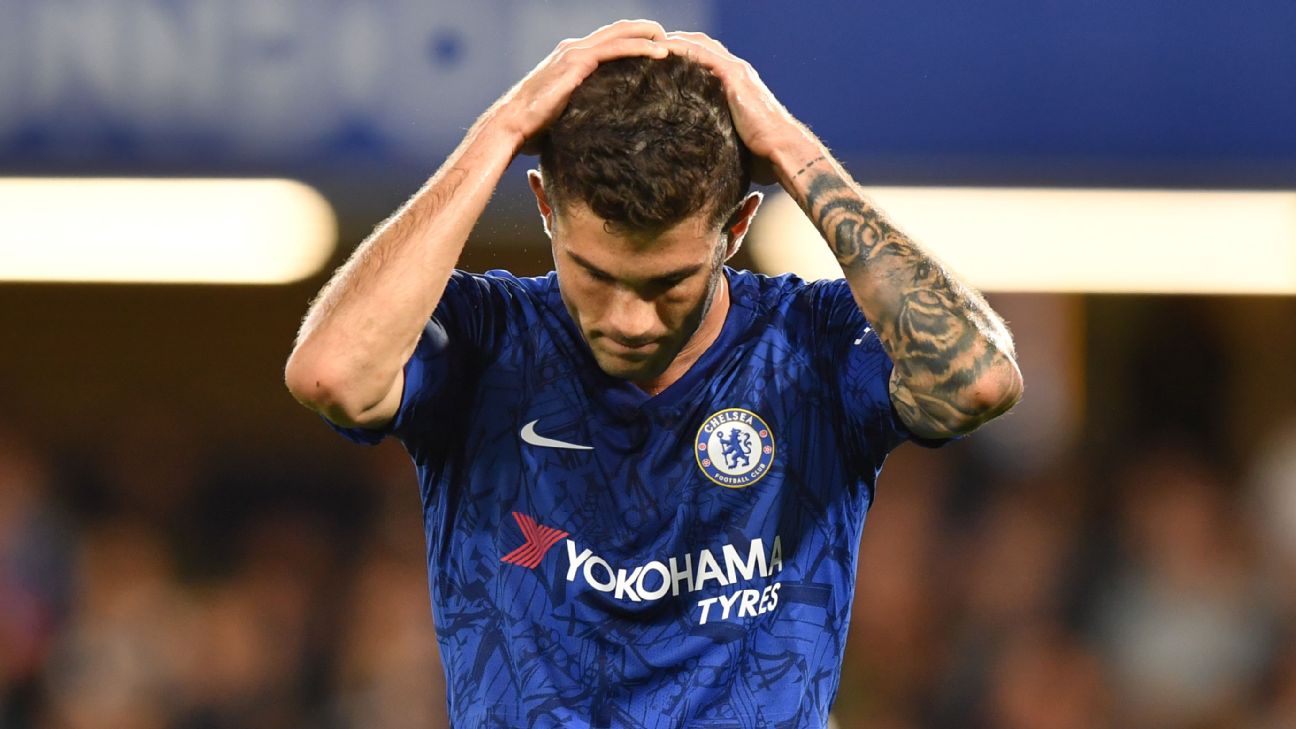 
Christian Pulisic has said it hurt to be left out of the squad for Chelsea’s Champions League win over Lille, but he won’t “give up, ever” after being given limited playing time this season.

On the bench for much of Chelsea’s 4-1 win over Southampton, Pulisic provided a brilliant assist for the final goal, scored by fellow substitute Michy Batshuayi, when he did get on the pitch.

The United States international’s chances have been limited further by the return to fitness of Callum Hudson-Odoi, and his 10 minutes against Southampton represented his first appearance in the league since a 2-2 draw with Sheffield United at the end of August.

“Of course,” Pulisic said, when asked if it was difficult to be left out of the matchday squad for last week’s Lille game. “You want to play, be on the field and be in the team as much as you can and it hurt not to be there, but I’m happy I got my opportunity today.

“I did the best I could with the minutes I got. I tried to help the team as best I could. Today, I guess I’m happy but I’m going to keep working harder, and I’m never going to stop to try to get more minutes.

“I’m not just going to throw a fit and give up ever, so if I’m on the bench it doesn’t mean the gaffer doesn’t think I’m a part of the team, I’ve just got to keep pushing and earn my spot.

“That’s my job [to get assists]. I’m in an attacking role and I’m going to do the best I can, to try to get goals and assists. I think that’s been good so far, so I just want to continue to work hard.”

Pulisic was asked if he was surprised not to be starting more regularly.

Lampard has suggested the winger needs time to settle in England after his move from Borussia Dortmund in the summer, but Pulisic suggested that hasn’t been much of a problem.

“Culture-wise, it’s been easier than Germany to be honest. From the football side, I guess you could say that. Obviously, I haven’t been getting as many minutes as I would like. I will just keep going, keep pushing. I know my time’s going to come.

“This number [the £58 million transfer fee] doesn’t mean anything to me. Obviously, I go out and try to give my best every time I’m on the pitch. I’m not sure what the price tag means to you, but I just have to keep trying to perform at my best for myself and for the team.

“You can’t completely ignore it [criticism]. I don’t live under a rock. I hear things, I see things, but I do my best to block it out. I’m just working hard for myself.

“The outside opinions don’t matter as much to me as to what’s in the team and myself and the people who care about me. So I’m just going to keep working and do my best and not worry about it.”

Pulisic will now join up with the national team for their CONCACAF Nations League games against Cuba and Canada this month, and he agreed the international break has come at a good time.

“Yeah, definitely. When I go there I definitely want to go in and get minutes and just gain more international experience. It can only help me here.”