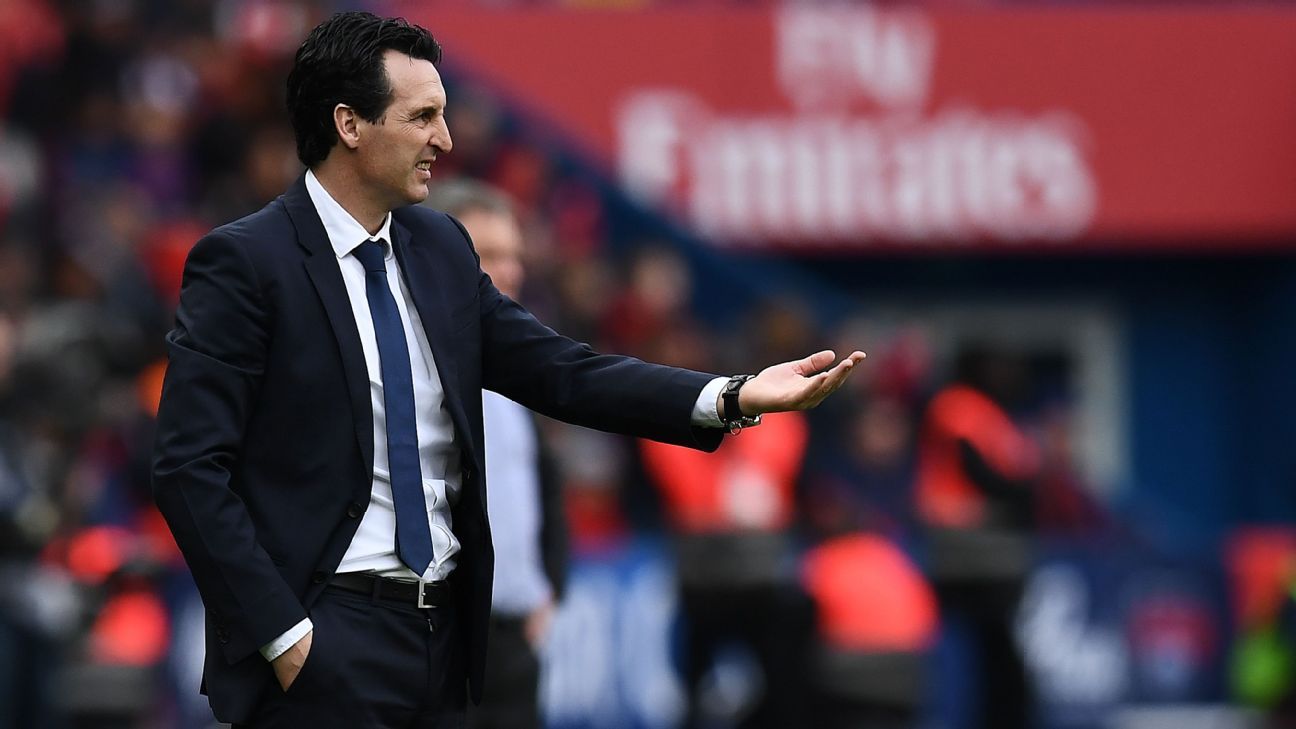 Emery is fighting for his future at Parc des Princes after a second consecutive Champions League round-of-16 exit and the Ligue 1 leaders have been linked with a host of names to replace him, such as Mauricio Pochettino, Massimiliano Allegri and Antonio Conte.

Wenger is also fighting to save his position after another disappointing season at Emirates Stadium, and both have seen former Borussia Dortmund coach Thomas Tuchel linked with their roles in recent weeks.

Emery moved to rally PSG’s supporters ahead of the weekend via Twitter and also took the opportunity to thank Wenger for his support.

“The focus of the entire PSG family is nowhere other than Bordeaux,” Emery wrote. “I would also like to thank Arsene for his kind words — a true model in the world of football. Come on, Paris!”

Emery was speaking in reference to an interview Wenger gave to beIN SPORTS earlier in the week in which Wenger dismissed the idea that Emery must be sacked if PSG are to start making progress again.

“I was always close to PSG,” Wenger said. “I have always supported PSG — I think that they need stability.

“Unai has already been dismissed by the media, but that is a decision that can only be taken by the club. From the outside looking in, I believe that Unai is very competent and that PSG’s project must be based on stability if it is to move forward.

“Unlike you, I do not think that Unai must go. People are always very quick to decide things in emergencies. When you have responsibilities, it is a bit different.”

Emery’s handling of the PSG squad, particularly over two legs against Real Madrid in the Champions League, has led to criticism.

Jorgelina Cardoso, Angel Di Maria’s wife, criticised Emery on Instagram after the midfielder was dropped for the first leg.

“Your efforts, plus your additional work, plus your goals, plus your assists, plus your best moment, equals the bench,” she wrote. “However, to those who do not understand football, we are only women … Come on, Paris!”

Speaking with Ole, Di Maria said many other women would have done similar in the same situation.

“She goes mad from time to time,” Di Maria said. “That is normal, though. There are many women who would have written the same.

“However, there are not many as well known or followed via social media. Regarding that, I support her.

“Those related to players can see how they suffer and how they get hurt. Many people think that when you lose, you go home and forget about it. It is not like that.”

Di Maria picked up an injury during Argentina’s friendly win over Italy in Manchester last week and he could now be a doubt for the Coupe de la Ligue final, depending on how severe his injury is.