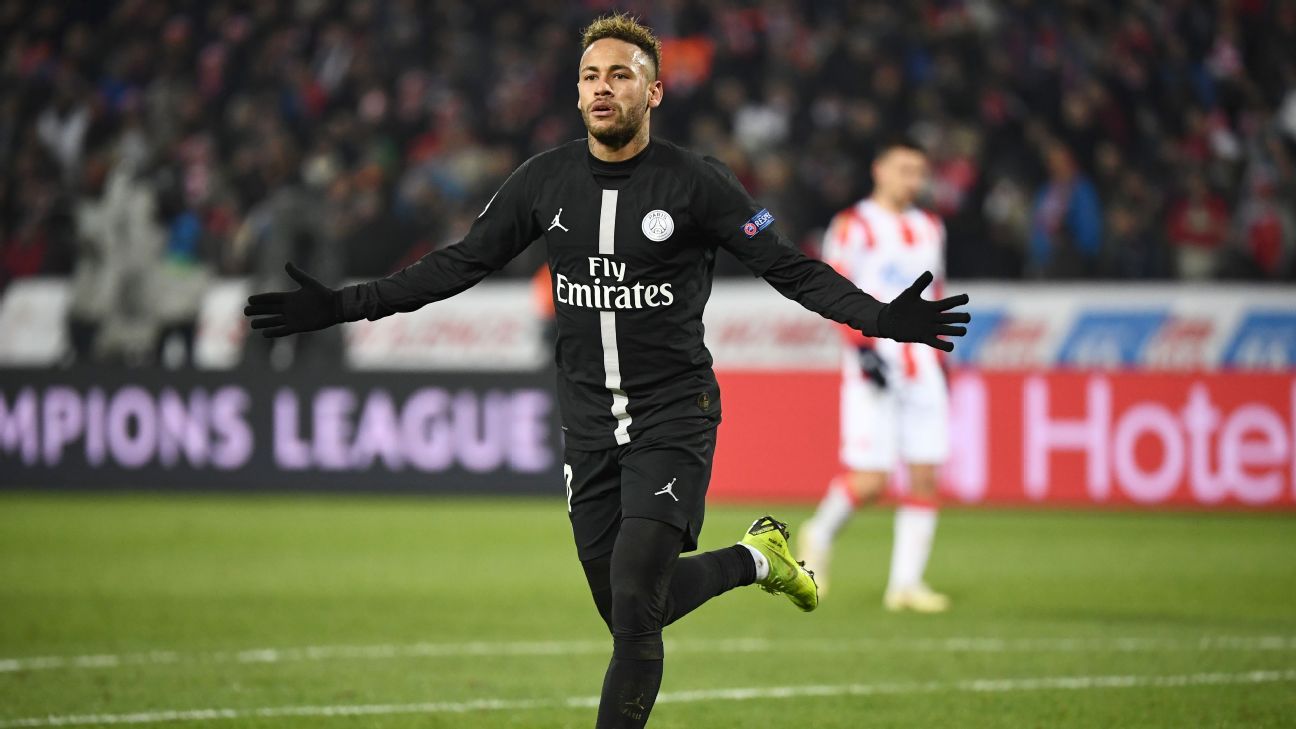 Tuchel said he stressed the unity of his squad after a difficult start to life in Europe with a loss away at Liverpool and a draw at home to Napoli.

“We are all together — it is not a question of system, but mentality and attitude. We showed here, like against Liverpool [in a 2-1 win in Paris], that we are ready. It is not easy to play here, and the guys did beautifully.”

Goalkeeper Gianluigi Buffon is delighted with the recent change in mentality that he has observed and felt that the Red Star win was a continuation of the Liverpool success.

“I am very happy to finish top and I am also very proud because we put in such a great performance,” said the Italy legend. “We changed our mentality after Naples. We have shown strength and experience. We picked up where we left off against Liverpool.”

Defender Marquinhos, who made it 3-1 with a vital headed goal, feels that he and his teammates will benefit from this season’s tough group stage in the future.

“We knew after the draw that things would go to the last match,” the Brazil international said. “We have managed to finish top, so we have an advantage moving forward. This group stage will serve us well — we have grown in maturity.”

Mbappe, who scored one and assisted two more on the night, was happy that PSG came good on their ambition of winning in Serbia to top Group C.

“We are happy,” said the France international. “We came to qualify, stated our aim and followed up on that. We got the job done, as they say. Now we head back to Paris and concentrate on domestic issues until February.”

Club CEO Nasser Al-Khelaifi said he was proud of the “great character” of the players and coaches.

“We have reached our aim — to finish top of our group, which will help us to avoid a big team in the next round,” said Al-Khelaifi.