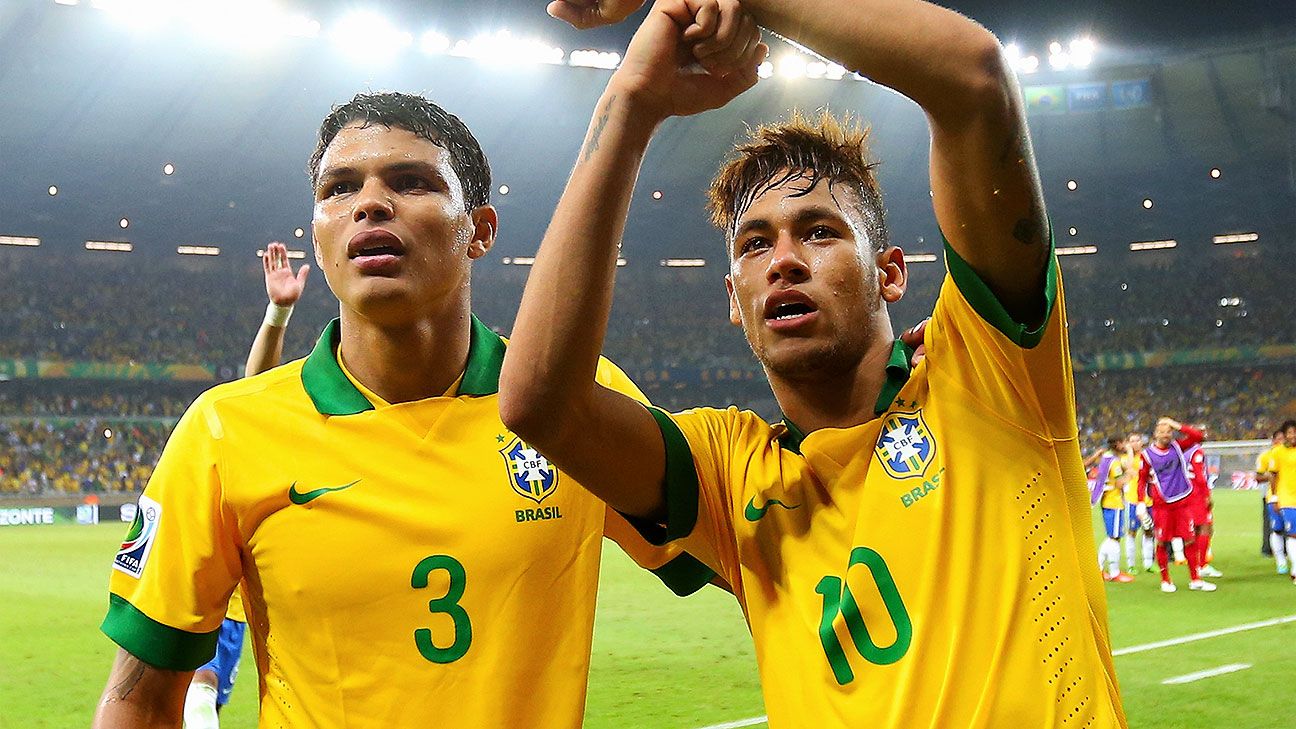 The French capital outfit take on defending Ligue 1 champions AS Monaco for the Trophee des Champions at Grand Stade de Tanger on Saturday and Silva, who is close friends with Neymar, shed some light on the situation at the prematch news conference.

“I know that he is important because I have already played alongside him at international level, but now is not the time to speak about it,” Silva replied when asked about reports Neymar is set to join the Parisian club in a record deal. “There is a match this weekend and after it, we will talk a little about it. Not right now, though.

“I speak with Neymar in a normal way, everybody knows that he is my friend and we have been playing together for seven years. We have a very open relationship but it is time for him to decide and it is not the time for me to talk about it.

“After this game [Monaco in the Trophee des Champions], I think that everybody will be speaking about him.”

PSG coach Unai Emery was more evasive when questioned about Neymar and instead chose to focus on the Monaco clash, and put his faith in the squad he currently has at his disposal.

“The season starts here for the whole team before the league gets underway next week,” said Emery when quizzed about the Brazil international.

“The transfer market is one thing that we can leave and speak about in the future. It is over at the end of August. Many teams start their campaigns when the transfer window closes.

“For me, we are fully focused on this match. We are not thinking about anything else. I am thinking about our team for the game and beating a good Monaco side. All the fans will enjoy a match between two good teams.

“As for Neymar, it is not a question for me to answer. For me, the best players in the world are in our dressing room.”