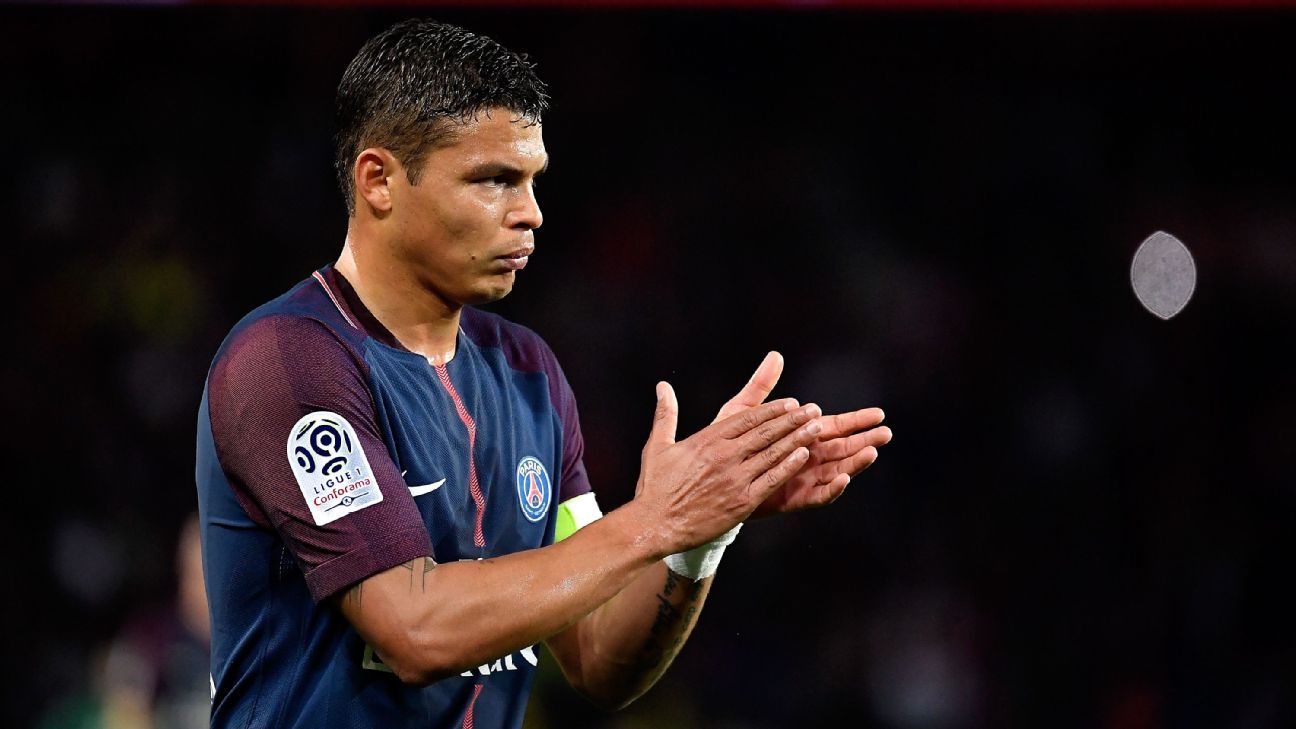 
Paris Saint-Germain defender Thiago Silva has said he could imagine returning to AC Milan to end his career, saying the club will always be in his heart.

Silva left Milan in 2012 after three years in which he won the Serie A title and the Italian Supercoppa before moving to PSG with Zlatan Ibrahimovic.

“Milan belong in my heart and they always will do,” he told La Gazzetta dello Sport. “I’m a huge fan and am following everything which is going on there closely.”

Milan have not finished higher than third in Serie A since Silva left and face the prospect of exclusion from European football next season, with UEFA due to hear a case over an alleged financial fair play breach.

But Silva said he could see a bright future under coach Gennaro Gattuso, praising his work.

“Gattuso’s doing a great job and could be the one to give them added value,” he said. “He’s the perfect man in this precise, historic moment. Gattuso is determined and never gives up. He spurs you on, but is also supportive.

“It’s never easy to talk about the future, but you never say never in football. Everything’s possible. How could I say no to Milan? They are a side who will always be in my heart.

“Returning, maybe at the end of my career, would be amazing. Everything’s possible.”

However, the 33-year-old, who has two years remaining on his PSG contract, stressed that he was enjoying life at the Parc des Princes.

“I’m happy and have been at PSG for many years now,” he said. “It’s going well. I’m 33 but this isn’t a problem — let’s leave my age only on the documents.

“Everything changes out on the field. That’s a different matter and I’m still there, absolutely. I’m still going to be a protagonist.”