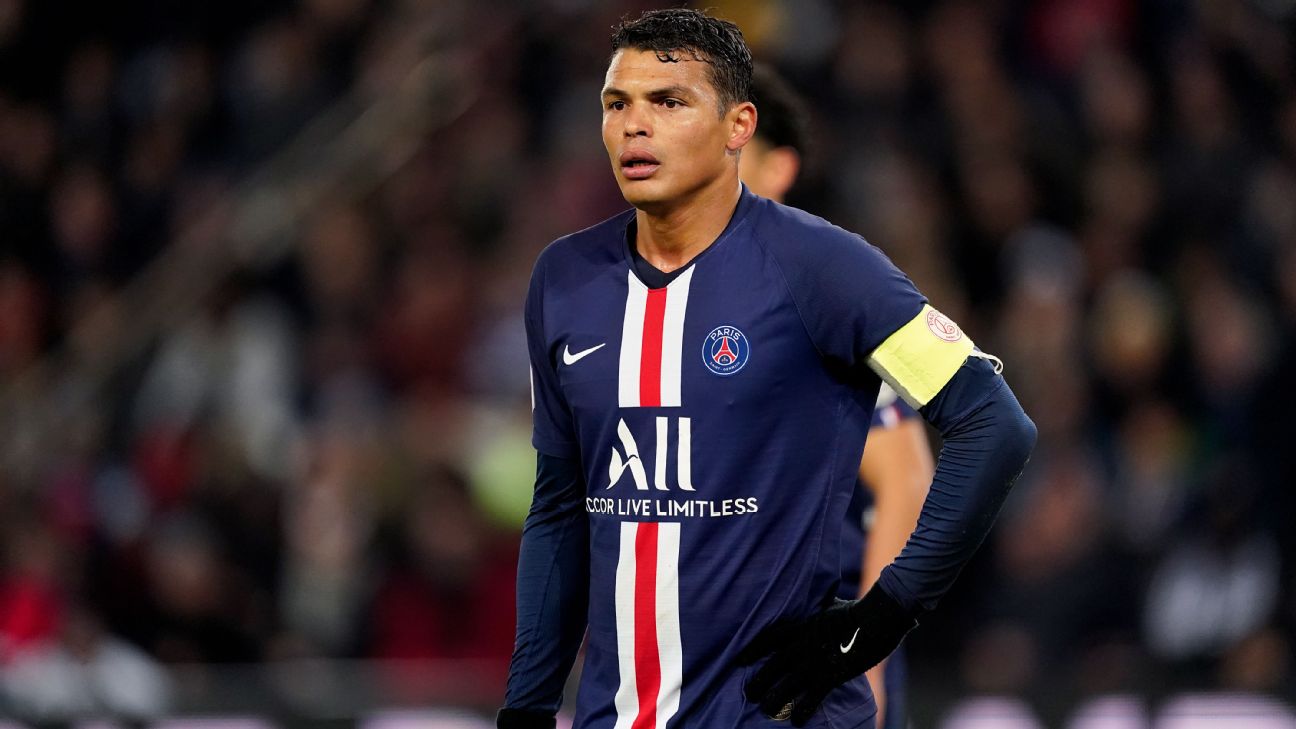 
Paris Saint-Germain centre-back Thiago Silva is hoping to stay in Europe and play for another top club for at least two more seasons after being told his contract will not be renewed, sources have told ESPN.

The Brazil international, 35, is set to leave PSG this summer when his contract expires once 2019-20 Champions League campaign is over.

Sources have told ESPN that Silva still believes he has the ability to play for another top European club and would be willing to take a cut on his €211,000-per-week existing wage to do so. The defender believes he must stay in Europe so that he can be apart of Brazil‘s 2022 World Cup squad in Qatar.

Silva, who is in Brazil due to travel restrictions caused by coronavirus pandemic, was hoping for a contract extension after eight seasons at the Parc des Princes, sources have told ESPN. However, he was told by PSG sporting director Leonardo last week that the club would not renew his deal.

Napoli manager Gennaro Gattuso, who played with Silva at AC Milan, is keen on signing the defender, sources have told ESPN, especially if Kalidou Koulibaly leaves the club. A reunion with Everton manager Carlo Ancelotti is also a possibility.

Silva left Milan for Paris alongside striker Zlatan Ibrahimovic in 2012, but a return to the Italian club could be an option, with Italy his preferred destination. His value is still high in Serie A due to his wealth of playing experience. Ibrahimovic returned to the club on a free transfer earlier this season.

A return to Brazil looks unlikely. Silva’s first club Fluminense are dreaming of re-signing him but would struggle to finance the deal, especially given that he would not be a priority.

PSG were declared Ligue 1 champions in April after the Professional Football League (LFP) in France confirmed that the 2019-20 Ligue 1 and Ligue 2 seasons had ended due to the coronavirus pandemic.