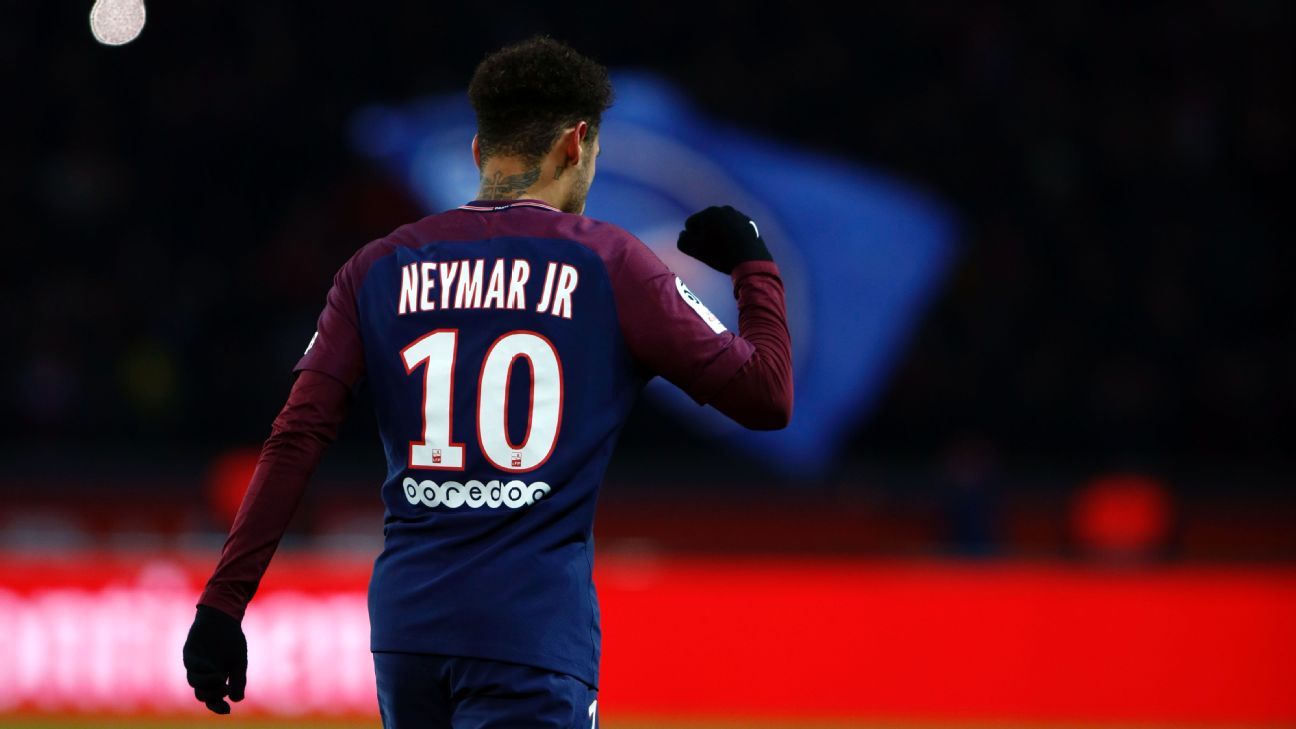 
Neymar has posted an injury update showing him receiving ultrasound treatment as he continues to recover from surgery on a fractured metatarsal in his right foot.

Paris Saint-Germain and Brazil star Neymar posted the update on his Instagram story as he continues to work his way back to full mobility after initially using a wheelchair following surgery.

Neymar picked up the injury in PSG’s home win over Marseille last month and is recovering in his native Brazil.

A check-up in mid-April will reveal whether he has a chance of playing for PSG again this season, and goalkeeper Kevin Trapp, whose Germany side face Brazil in a friendly on Tuesday, said he could not return soon enough.

PSG & Brazil’s Neymar posted an update via Instagram as he underwent ultrasound as part of his recovery from surgery on a fractured metatarsal in his right foot. pic.twitter.com/h7SQrnJPuR

Speaking to Sport Bild, Trapp stressed that neither Neymar nor other PSG players were worried about speculation linking him with Real Madrid or a return to Barcelona.

“With PSG, Neymar is clearly missed,” he said. “I imagine that it is no different for Brazil.

“Neymar has an incredible quality, which lifts each team to a higher level. He often makes the difference. For Brazil, his return will certainly be of great importance.

“I do not know why, but there are different stories about Neymar all the time. One day he is going to Real, the next day he is returning to Barca.

“All I can say is that I do not know what he is doing. We, his teammates, are not affected by the speculation.

“In fact, we are very pleased to have him as part of the team and we hope that he plays for PSG for a long time.”

“To be the best in the world, he had to leave Barcelona because of Lionel Messi,” he said.

“However, he must be aware that as long as Messi and Cristiano Ronaldo are around, he will have to settle for third place.

“Yes [he will leave PSG before the end of his contract], because he must play for the best club in world football and that is Real Madrid.

“Neymar can still grow as a player ,and there is no better club for him to do this than Real.”

He said he believed the playmaker would take better care of himself after his injury, adding: He knows that he is essential for PSG and Brazil.

“In Brazil we are very religious, and we believe that these sorts of things do not happen by chance. These are warnings from God. Things have happened in the past where God has said: ‘Watch out!'”