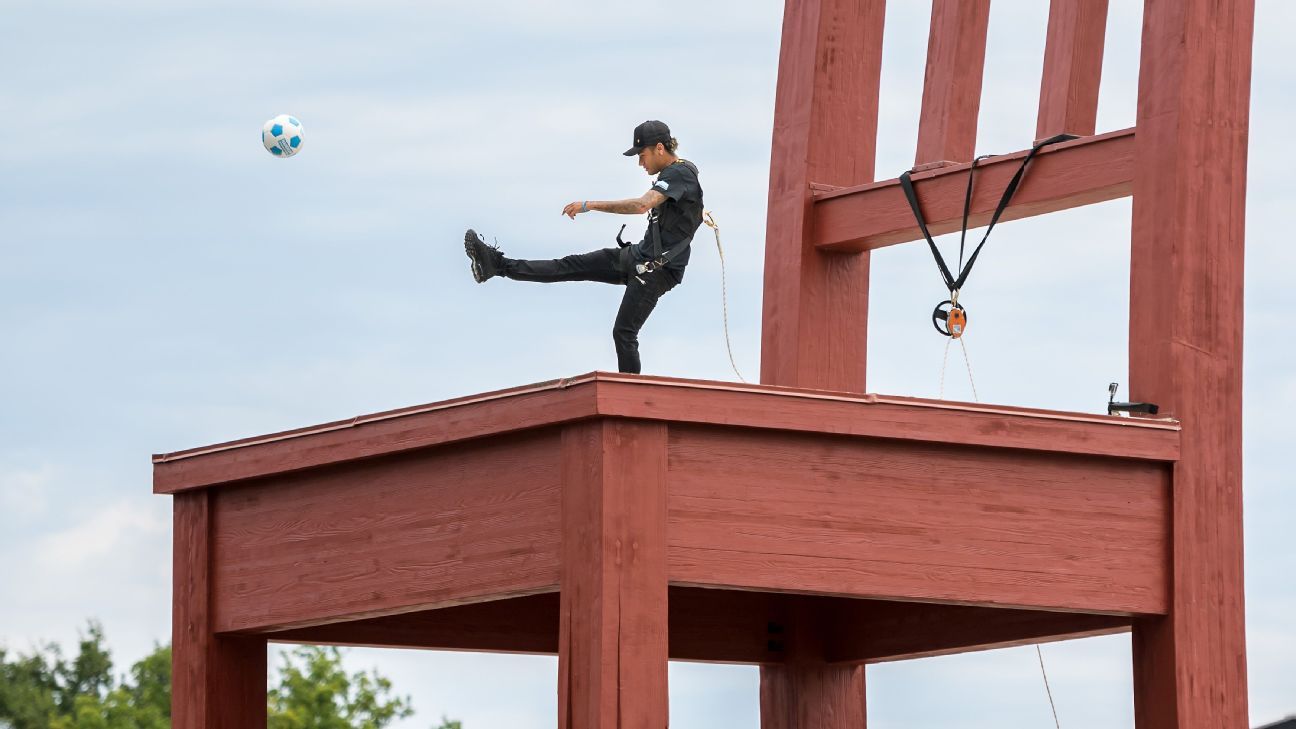 Handicap International said Neymar, who made a world-record €222 million move from Barcelona this summer, “is lending his huge fame to a good cause: empowering the most vulnerable people in the world, people with disabilities living in poor countries, victims of conflicts and natural disasters.”

Neymar, wearing a T-shirt with “repair lives” written on the front, appeared in Switzerland on Tuesday, standing on top of a 39-foot wooden sculpture entitled “Broken Chair,” which the organisation said was “erected 20 years ago by Handicap International in front of the United Nations headquarters in Geneva to call for a ban on antipersonnel landmines.”

While standing on top of the chair, the Brazil international kicked a ball with the charity’s logo down the Allee des Nations in front of the Palace of Nations.

He told reporters at the event: “I would like to begin by thanking you all for what you do for the least visible in the world, so they become more visible. I have to say that I am very pleased to be here and to be the new ambassador.

“I hope this will be a very successful partnership and that we will be able to help a large number of people. Millions want their rights, they want to be treated better. That’s what we are here for and that is what our aim is.”

We’re thrilled to welcome @neymarjr to the #HandicapInternational family as our first ever global ambassador! https://t.co/sBfhqCatTI ⚽ pic.twitter.com/LhGQ1CBuRJ

Handicap International said it had first met with the forward last year “to discuss access to prostheses for amputee children, a subject that’s particularly close to Neymar Jr.’s heart, and a cause he has already supported. He wanted to support similar actions on a global scale, and got to know Handicap International’s prosthetic and orthotic programs.”

The organisation also referenced his work in support of Haitians after Hurricane Matthew last year and said: “In future, Neymar hopes to travel to the field to see Handicap International’s projects in person, but this has not yet been possible due to his busy schedule.”