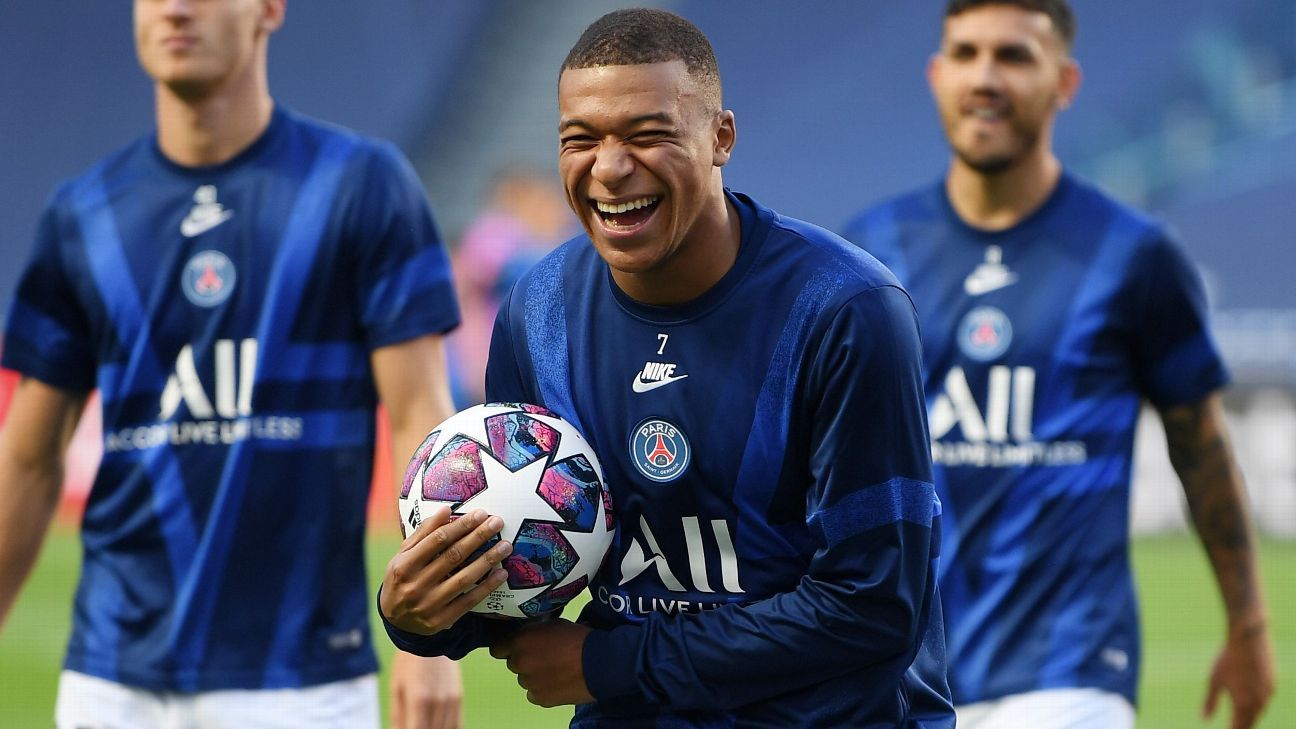 Lyon’s stunning 3-1 win over Manchester City on Saturday capped off a thrilling set of quarterfinals at the mini-tournament in Lisbon which delivered late winners and upsets aplenty.

By seeing off Pep Guardiola’s City, Lyon ensured that the French top tier would have not one, but two clubs in the Champions League’s final four.

On Wednesday, PSG had made it through to the semis for the first time since 1994-95, despite being behind against Atalanta at the 90-minute mark. Mbappe’s telling contribution off the bench helped turn the tide, and Eric Choupo-Moting‘s goal sealed a dramatic 2-1 win to end the Italian side’s fairytale run.

So no wonder the 21-year-old, who already took France to the top of the world by winning the World Cup in 2018, took his opportunity to scald those who disparagingly call Ligue 1 a “farmers league.”

Mbappe’s tweet has clocked up a huge numbers of retweets and replies, including one from Lyon forward Memphis Depay. Will they still be so friendly if they have to face each other in the final?

The seismic defeat was also historic for Barca, though sadly in all the wrong ways. It was the first time the Catalans have lost by six or more goals since 1951 and the first time they’ve shipped eight goals against anybody since an 8-0 defeat to Sevilla way, way back in April 1946.

As if to compound their misery, it also means that Lionel Messi and Co. have now been eliminated at the quarterfinal stage four times in the last five seasons.

Alphonso Davies put in an effervescent performance for Bayern, even earning himself an official nod of approval from Real Madrid veteran (and fellow member of the left-back alliance) Marcelo.

The night before, upstarts RB Leipzig continued on their stratospheric rise with a convincing 2-1 win over Atletico Madrid.

In doing so, Leipzig became the first German side outside of Bayern Munich and Borussia Dortmund to reach a Champions League semi in almost a decade, since Schalke in 2010-11.

The Bundesliga outfit are guided by a manager in Julian Nagelsmann who, while undoubtedly young in managerial terms at 33 years of age, is also three times older than the club he coaches.

Indeed, thanks to an unorthodox set of quarterfinal results this year, the semifinals won’t feature any English or Spanish clubs for the first time since 1996.

It will also be the first time since before the inception of the Champions League in 1992-93 that no English, Spanish or Italian teams are still involved at this stage of proceedings.

Instead, two French teams and two German teams will be competing for continental glory, the first time since 2012-13 that only two nations will be represented at the semi stage.

Liverpool boss Jurgen Klopp will not be in semifinals this year, but still three German coaches will be involved in the shape of Nagelsmann, Hansi Flick (Bayern) and Thomas Tuchel (PSG) — Rudi Garcia of Lyon being the sole French representative.

There willll also be no Messi or Cristiano Ronaldo involved either, proving that even the greatest can’t beat the slow march of time.

The UCL semi-finals will not feature either Lionel Messi or Cristiano Ronaldo for the first time since 2004/05.#UCL pic.twitter.com/uIBj7PkaFo

But the strangest, most confounding thing to come out of all of this is that Stoke City’s extraordinary association with the Champions League semifinals is set to be extended by Choupo-Moting.

For the record, that unlikely honour role features: