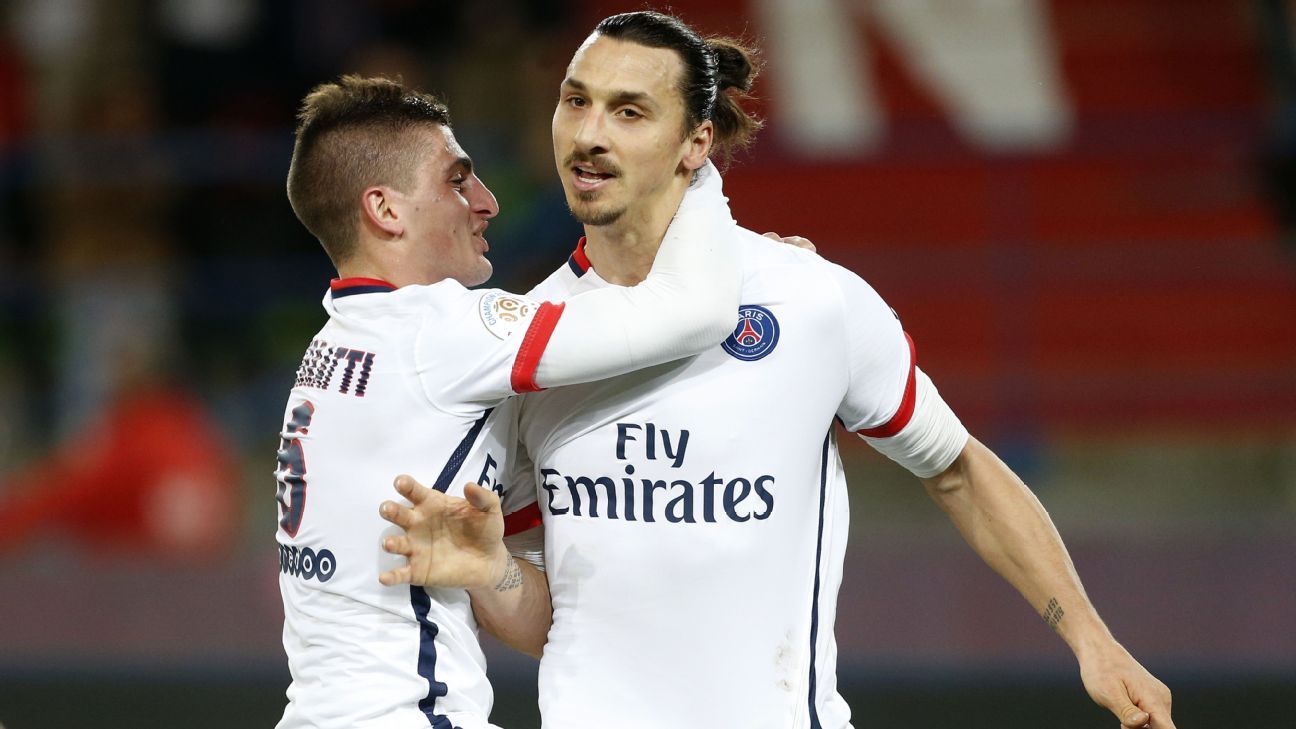 Verratti was unhappy with the way his advisor and friend Donati Di Campli had approached the issue of his future amid strong links with Barcelona and issued an apology for his comments in July.

As a result, the Italy international fired his long-term agent and replaced him with Raiola that month after consulting with Manchester United striker Ibrahimovic.

“I found myself in a difficult situation,” Verratti told L’Equipe. “Each morning I would open the paper and see some quotes that I had never said or [Di Campli] would be saying things that I did not agree with. I couldn’t understand what was happening.

“It was tough because he was like a father for me. With time, I hope that we will have a normal relationship again. I knew [Raiola] because he was Ibra’s agent. The only thing I said to him was ‘I don’t want people to be talking about me in the press.’

“He’s got experience and a good relationship with clubs, and Zlatan recommended him to me. In football and even outside football, every time I’ve listened to Zlatan, I’ve made a good decision.”

Raiola’s first assignment with Verratti will be either to extend his client’s PSG contract, which currently expires in 2019, or find him a new club.

Verratti says he cannot predict what will happen, but adds that if he had wanted more money, he would have left the French club in the summer.

“Maybe I will sign a new contract,” he said. “People think I only play at PSG for the money, but I could get paid well elsewhere too. If I’d left here in the summer, to one of the clubs willing to spend €100 million on me, I would have earned far more.

“Neymar could have earned just as much from Manchester City or Chelsea. He didn’t come here for the money, but for the project. For me, it’s the same.

“The choice I made was to continue here because there is a project with young players who are going to be future champions: Marquinhos, [Kylian] Mbappe, Neymar, [Adrien] Rabiot. We’ve got competent players who make the difference.

“I never expected Mbappe to be at such a level already. He’s a phenomenal player. There are only three or four players in the history of football who have done what he has done at just 18.”

While Verratti is enjoying being part of PSG’s new project, he said their struggles on the pitch last season had left him thinking about leaving the club.

The Italy international was linked with Bayern Munich as well as Barcelona in the summer, but he decided to remain at PSG, having been convinced by what new sporting director Antero Henrique outlined to him about the club’s future.

“It was really very complicated,” he said. “I never expected to have a summer like that. So many things happened which I didn’t appreciate, including from people who were close to me. They thought about themselves and not about me. I never came to PSG and told them ‘I want to leave.’

“The only thing I came to do was find explanations for the things I hadn’t understood. The truth is that last season, we went through some complicated times. We were not really on the level of a team who want to win everything. We were being asked to win everything and there were many stronger teams around than us.

“I’m not talking about teammates or buying players — the problems were elsewhere. That’s why, when the new sporting director arrived, the first thing I did was shorten my holidays and come to get things explained to me.

“Right from our first discussion, I told him, ‘It’s good, I’m staying here.’ I didn’t stay because of Neymar or Mbappe — at the time, I didn’t even know they were signing.

“I just hadn’t been certain that we were a team with really big ambitions anymore. I’ll be honest: this year, for the first time in five years, I did ask myself if I wanted to continue here. But I was reassured about the projects and ambitions. Winning something here will always be different to winning elsewhere. I’m very happy here.”