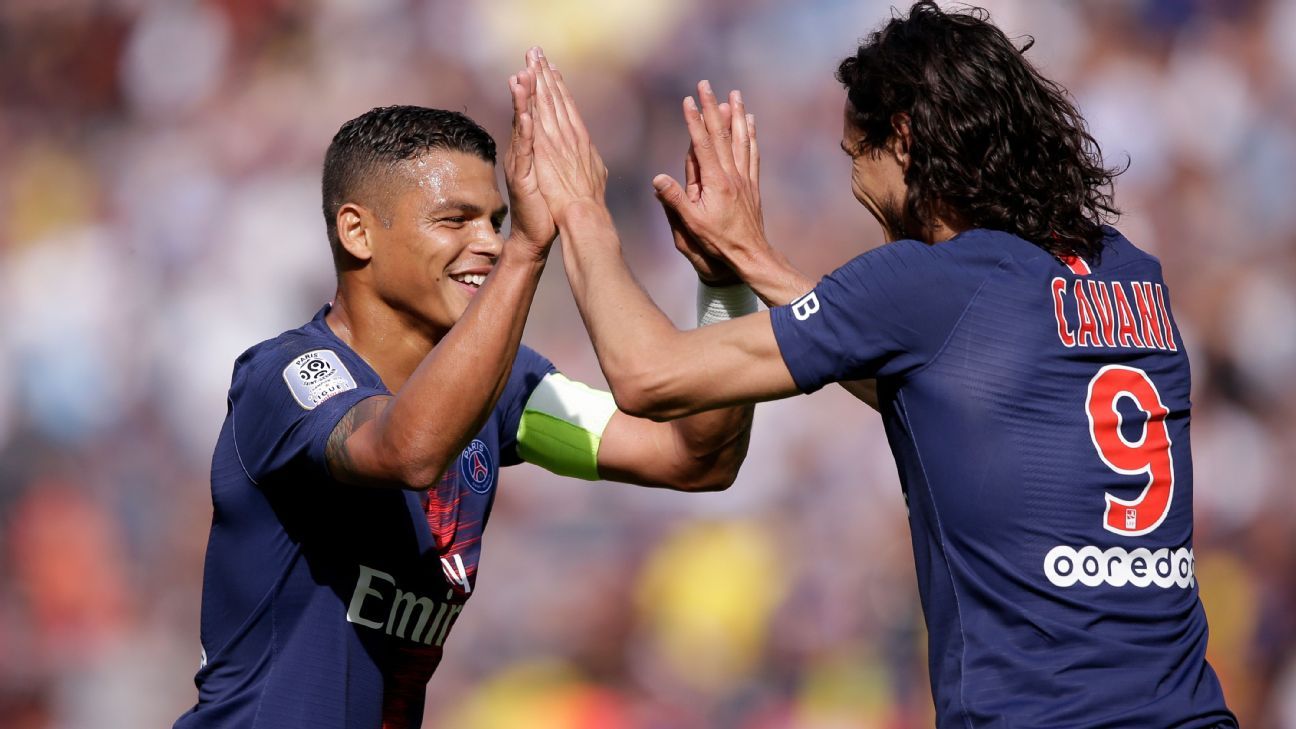 
Paris Saint-Germain sporting director Leonardo said that the tenures of Edinson Cavani and Thiago Silva are “coming to the end.”

Speaking with French publication Le Journal de Dimanche, Leonardo implied that the two players will depart once Champions League is done in August.

“The idea is to continue playing with them until the end of August,” Leonardo said.

“It was a very difficult decision to make; these are players who have marked the history of the club …Their stories were so beautiful. But yes, we are coming to the end.

“We had to make a logical decision, economically speaking and with regard to the generation that is coming through.”

PSG were declared Ligue 1 champions in April after the Professional Football League (LFP) in France confirmed that the 2019-20 Ligue 1 and Ligue 2 seasons had ended due to the coronavirus pandemic.

The club secured passage to the quarterfinals of the Champions League tournament, with UEFA considering completing the campaign with a mini-tournament in Lisbon.

PSG are also scheduled to play for the Coupe de France and Coupe de La Ligue, against Saint-Etienne and Lyon respectively.

Cavani arrived to Paris in 2013 and is the club’s all-time top scorer. He has been linked to a move to Atletico Madrid and Newcastle United, along with David Beckham’s Inter Miami in MLS.

Sources have told ESPN that Silva is hoping to stay in Europe and play for another top club for at least two more seasons and would be willing to take a cut on his €211,000-per-week existing wage to do so.

Napoli manager Gennaro Gattuso, who played with Silva at AC Milan, is keen on signing the defender, sources have told ESPN, especially if Kalidou Koulibaly leaves the club. A reunion with Everton manager Carlo Ancelotti is also a possibility.