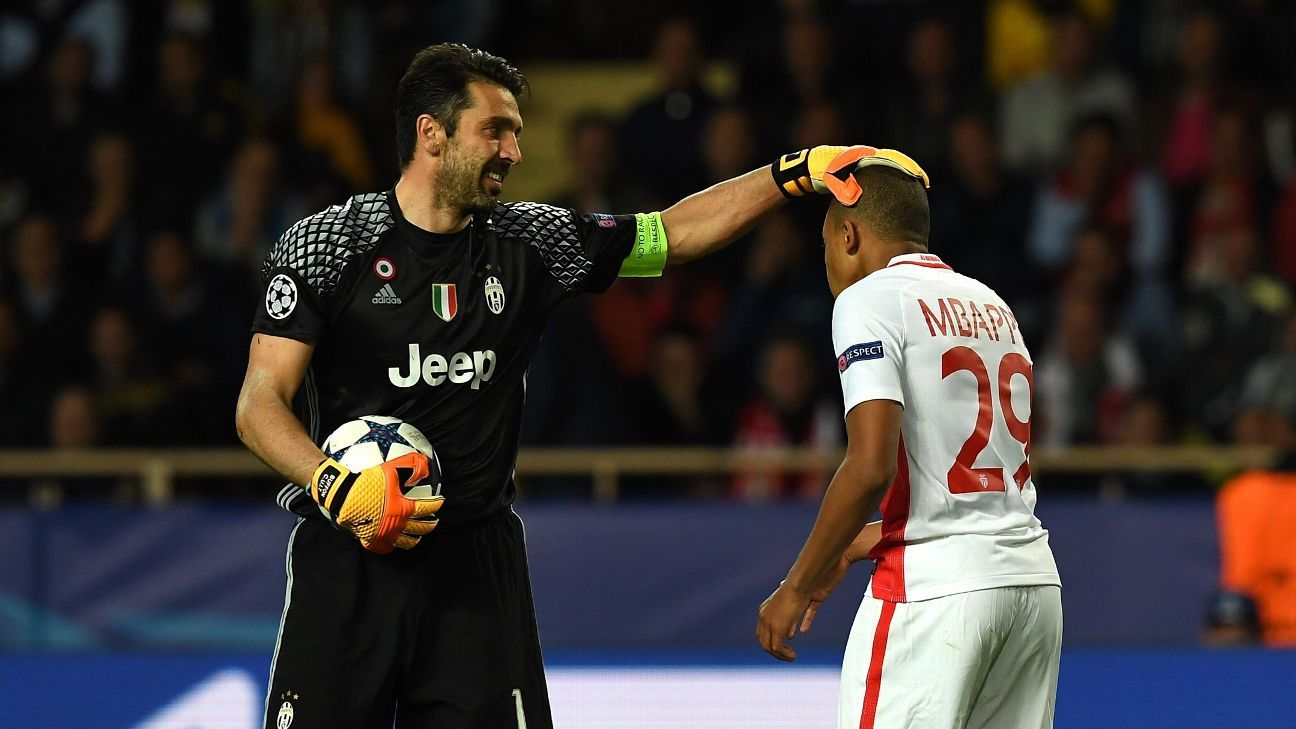 
Kylian Mbappe says Juventus must not be discarded as candidates to win this season’s Champions League, although he says he moved to Paris Saint-Germain to increase his chances of getting his hands on the trophy.

Mbappe, 18, followed Neymar’s world-record €222 million transfer to PSG with a loan switch from Monaco that is set to be made into a permanent €180m deal next summer.

He hopes the French side can compete but, having been part of the Monaco side that lost 4-1 on aggregate to Juve in last season’s semifinals, he says Massimiliano Allegri’s side will be difficult to overcome.

“It’s strange that people always talk about Barcelona, Real Madrid and Bayern Munich as the main candidates and little is said of Juve, who are always contenders,” he told Italy’s La Gazzetta dello Sport. “They’ve been in two of the past three finals and they’re always tough to play against — a real block.

“You need to be perfect to score against Juve, which is what Real succeeded in doing in the final. But Juve, for me, are one of the candidates to win it.”

Mbappe succeeded in scoring past Juve goalkeeper Gianluigi Buffon in last season’s semifinal and he says it is a moment he will cherish.

“Buffon is outstanding,” he said. “For me, as someone who is just starting out, playing against players of his level is like a dream come true. I scored past him, it’s true, but he saved plenty more of my shots.

“In just two games against him, I learnt a lot. I hope I get the chance to challenge him again. I play football to test myself against the very best.”

That is one of the reasons he moved to the French capital, where he hopes to “help Neymar win the Ballon d’Or” and get his own hands on some silverware.

“When you are ambitious, the aim is always to do better than the last year,” Mbappe added. “So I want to go beyond the semifinals. We’ve got a competitive and ambitious enough side to give it a go.

“It’s hard to predict in September what will happen in spring, but we’re working hard on trying to win this title, which we are all aiming for. I’ve not set myself a specific goal, but if I do better than last season, then that would already be something positive. The main thing is winning trophies with this side.”

Juventus get their Champions League campaign underway against Barcelona on Tuesday evening and Edgar Davids, who played for both clubs, says the Catalan side are not the force they were.

“They’re still good, but not as much as they used to be,” he told La Gazzetta dello Sport. “They’re no longer an invincible machine, and it’s not just because they’ve lost Neymar either — even their engine in midfield has broken down. In their best years, they had Xavi and [Andres] Iniesta at their best.”

Juve, meanwhile, have Paulo Dybala, but Davids said it is wrong to compare him with fellow Argentina star Lionel Messi.

“We need to let him grow in peace and quiet,” he said. “Juve have an incredible gem of a talent in their possession, but we mustn’t put him under too much pressure. Messi’s crown is a heavy one and he’s still on a different level, scoring tens of goals per season, especially in big matches.

“Dybala will get better and better, but there’s still a long way to go.”