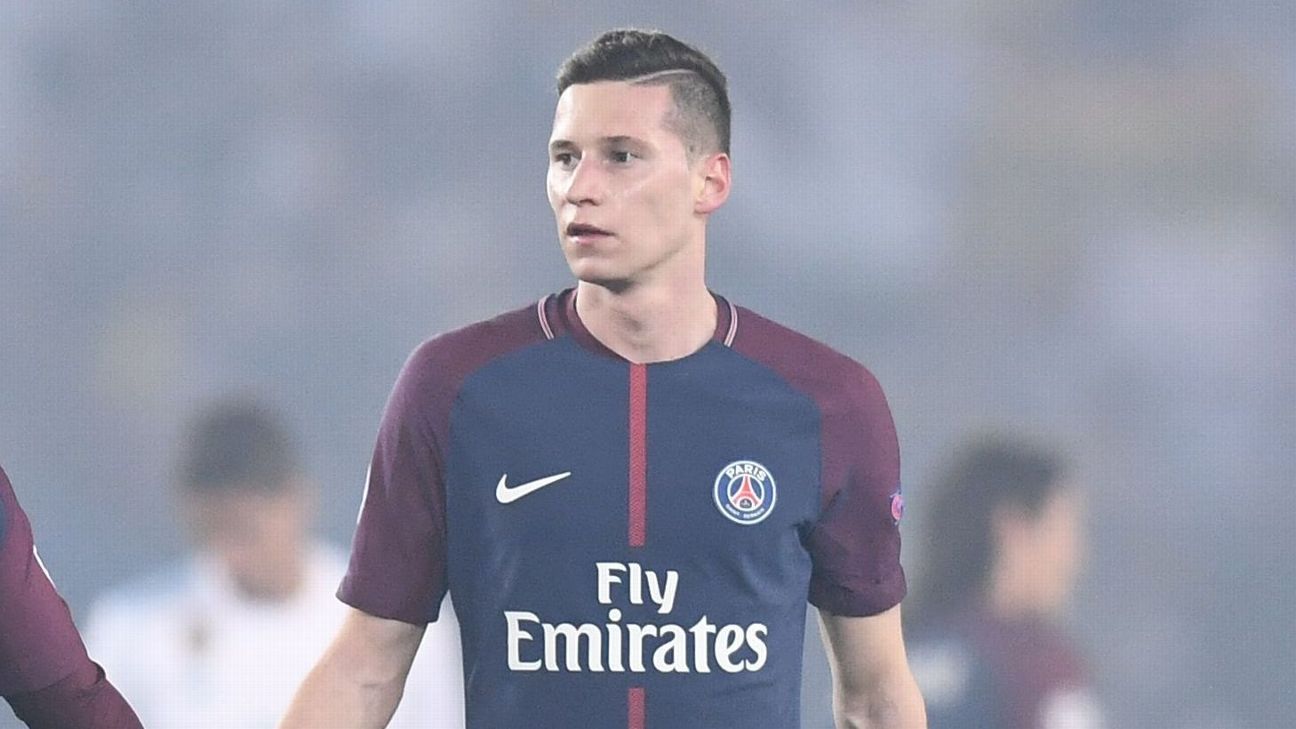 
Julian Draxler has questioned Paris Saint-Germain coach Unai Emery’s tactics and said he was “surprised and a bit sour” only coming onto the pitch 14 minutes from time.

PSG, who were without Neymar because of injury, crashed out of the Champions League with a 2-1 defeat at home to Real Madrid on Tuesday that saw them eliminated 5-2 on aggregate.

“Overall, we just showed too little. That’s why it’s hard to accept we failed that miserably today,” Draxler told ZDF. “We had big goals. All of the city was fired up, we were fired up. But then we show a match without anything, no explosiveness. That’s not how you beat Real Madrid.

“We only passed the ball along. Sure, I think we had more possession. But that won’t buy you anything. You must pressure Real Madrid when you are 3-1 down and not only pass the ball along and hope you score a goal.

“I think we should have pressured the opponent from the outset and we didn’t do that, and thus we deserved to go out.”

Although PSG had cancelled out Cristiano Ronaldo’s 51st minute lead through Edinson Cavani after 71 minutes, they were also reduced to 10 men after Marco Verratti’s second booking of the night and still in need of two goals to reach extra time.

Draxler remained on the bench until the 76th minute, although he was ready to come on sooner after Cavani had scored.

“I didn’t really understand it,” he said. “We had just scored the 1-1, but that goal was worth nothing. That’s why I thought it would have been better to continue to attack and press forward.

“But I don’t know what happened there. In any case, I was surprised and a bit sour.”