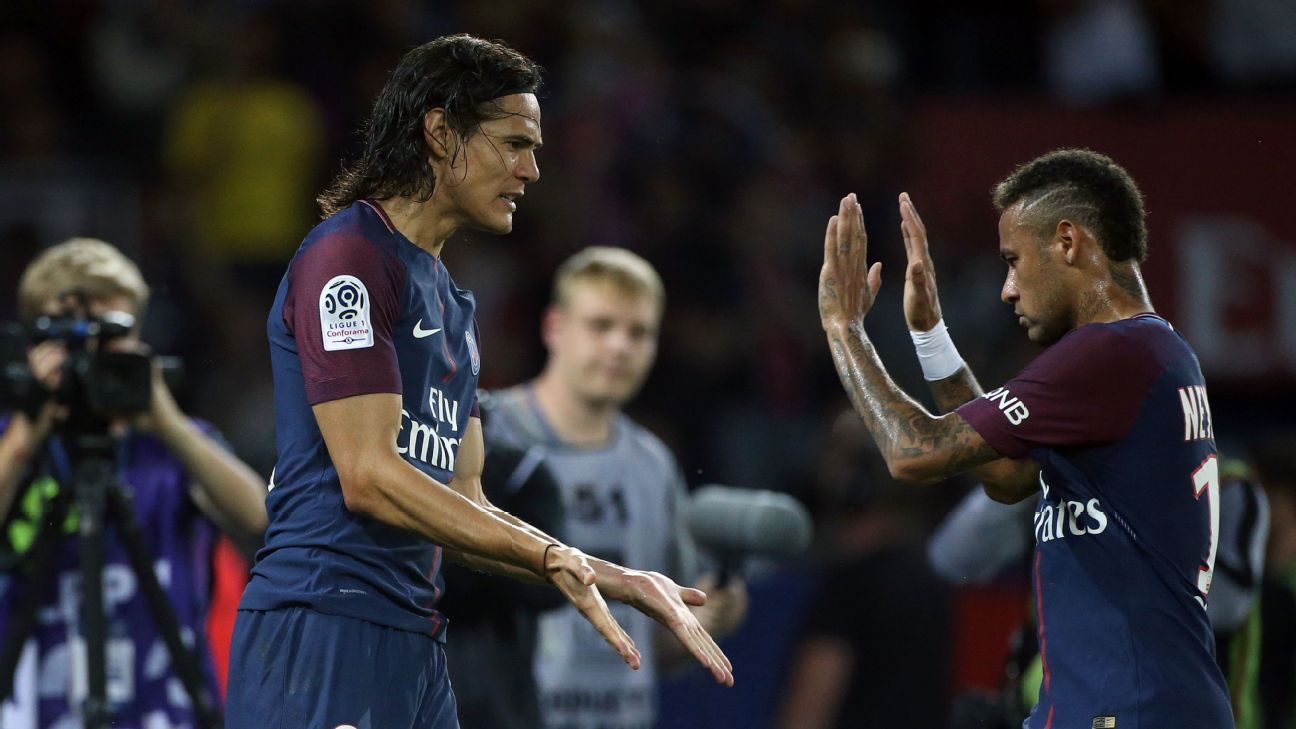 
Edinson Cavani has played down his dispute with Paris Saint-Germain teammate Neymar and said that everything was blown out of proportion.

Cavani and Neymar argued about which of the two should be responsible for taking a free kick and a later penalty for PSG during a 2-0 victory over Lyon on Sept. 17. Cavani had had the responsibility last season at PSG before Neymar’s arrival this summer in a world-record €222 million move from Barcelona.

Both players looked to have put their differences behind them as they celebrated each other’s goals in Saturday’s 6-2 home win over Bordeaux. Cavani and Neymar are now both in South America preparing for World Cup qualifying games with Uruguay and Brazil respectively.

Asked about his dispute with Neymar, Cavani told a news conference: “These are things to do with football. Sometimes things are blown out of proportion. Everyone is aware of that. These are things that are resolved within a changing room.

“Everything has a solution and everything is calm now. The important thing is that we all fight for the same aim, whether it’s with the national team or for the club.”

Cavani’s attention is now on Uruguay, who head into Thursday’s game at Venezuela second in the South American qualifying group, 10 points adrift of leaders Brazil and one point clear of third-placed Colombia. Uruguay, hoping to reach their 13th World Cup, host Bolivia in their final qualifier on Oct. 10.

“We are aware that we are close [to qualifying], just one step away from achieving something great for our country,” Cavani said. “We have to work hard in order to achieve it in our next game. There is no better motivation going into a game than knowing you can qualify for a World Cup.”

Uruguay have won eight and lost five of their 16 qualifiers and are three points clear of Peru, who hold the last direct qualifying spot.

Victory on Thursday would see Uruguay join Neymar’s Brazil in next year’s finals.

“Today we find ourselves in this situation and we have to be proud of it because there is a lot of work behind this,” Cavani said. “Uruguay has had a good qualifying campaign.

“It’s going to be a complicated game on Thursday. We have to focus and motivate ourselves knowing that we can get the job done against Venezuela. We know we face a team that has taken good results in past games and are doing the right things having gone through a generational change. We just have to focus on ourselves.”

Cavani will soon be marking a decade wearing the Uruguay colours, having first been called up to the under-20 side in January 2007. He made his senior debut 13 months later.

Cavani has earned 90 caps and scored 38 international goals since while taking part in six major international tournaments, including winning the Copa America in 2011.

“It’s been 10 years since I’ve been part of the team and that gives me great pride and joy,” he said. “We’ve achieved great things during this time. I believe we have earned credibility, won the confidence of our country, something that perhaps in previous years wasn’t there. This national team has earned the love and respect of the people. I don’t feel old, I’m trying to enjoy my time here.”