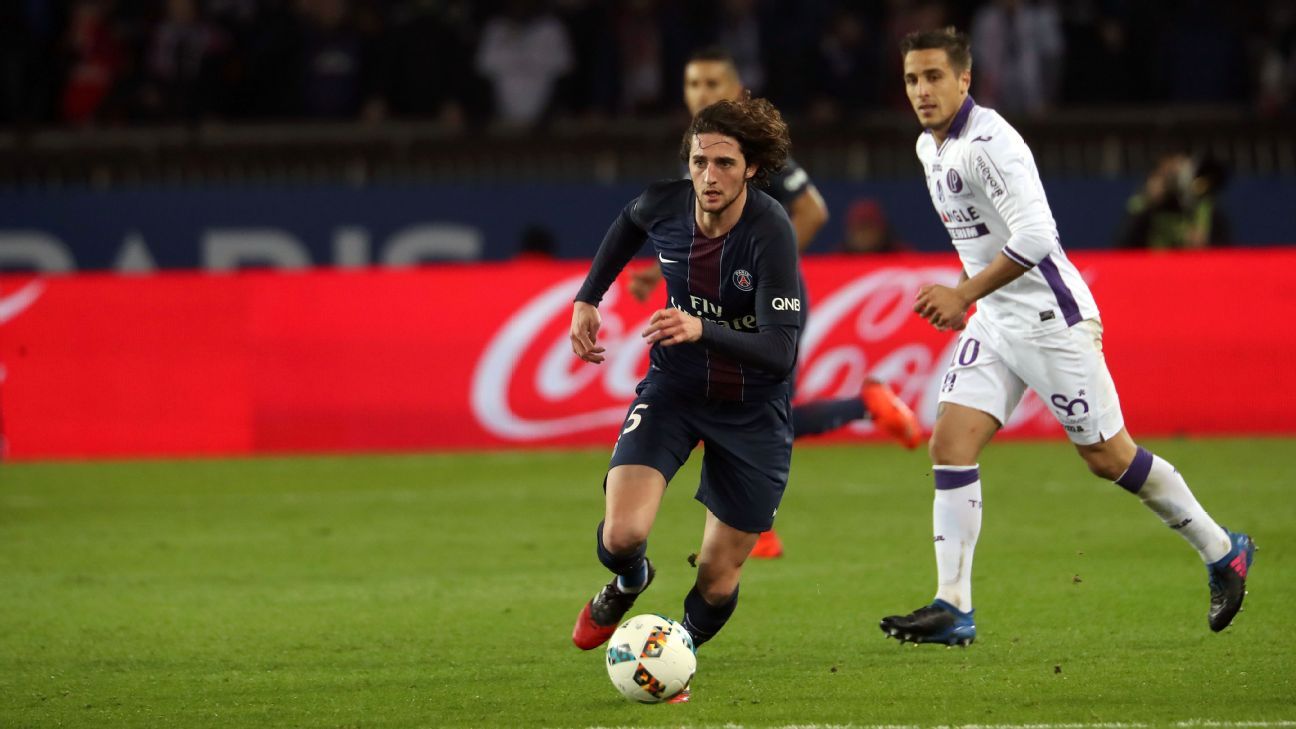 
Paris Saint-Germain midfielder Adrien Rabiot has said he would “love” to play in the Premier League one day and grew up supporting Liverpool.

Rabiot, 22, has started every match for PSG this season and is under contract until 2019.

He indicated that he would like to play abroad in future, having come close to joining Roma three years ago and also been linked with Arsenal and Tottenham.

“There are a lot of very good leagues,” he told RMC radio. “It’s also enriching to go elsewhere, but for the moment I’m happy at PSG.

“I would love to play in the Premier League. There’s not necessarily any club in particular, even though when I was young I was a big Liverpool fan.”

Rabiot said he felt he could continue to improve as a player, adding that he wanted to “be more present in front of goal, to score more and to complete more passes.”

He added: “For a box-to-box midfielder, it’s essential to be decisive. I could also make progress in terms of my aerial game in front of goal. There are a lot of things, but I feel that I’m making progress.”

The PSG academy once suggested that the club should grant him a loan move as a Christmas present when he was struggling to break into the first team and said: “I can understand that my ambition and my impatience might annoy some people.

“But the main thing is that it has helped me… sometimes you have to dare to say things.”