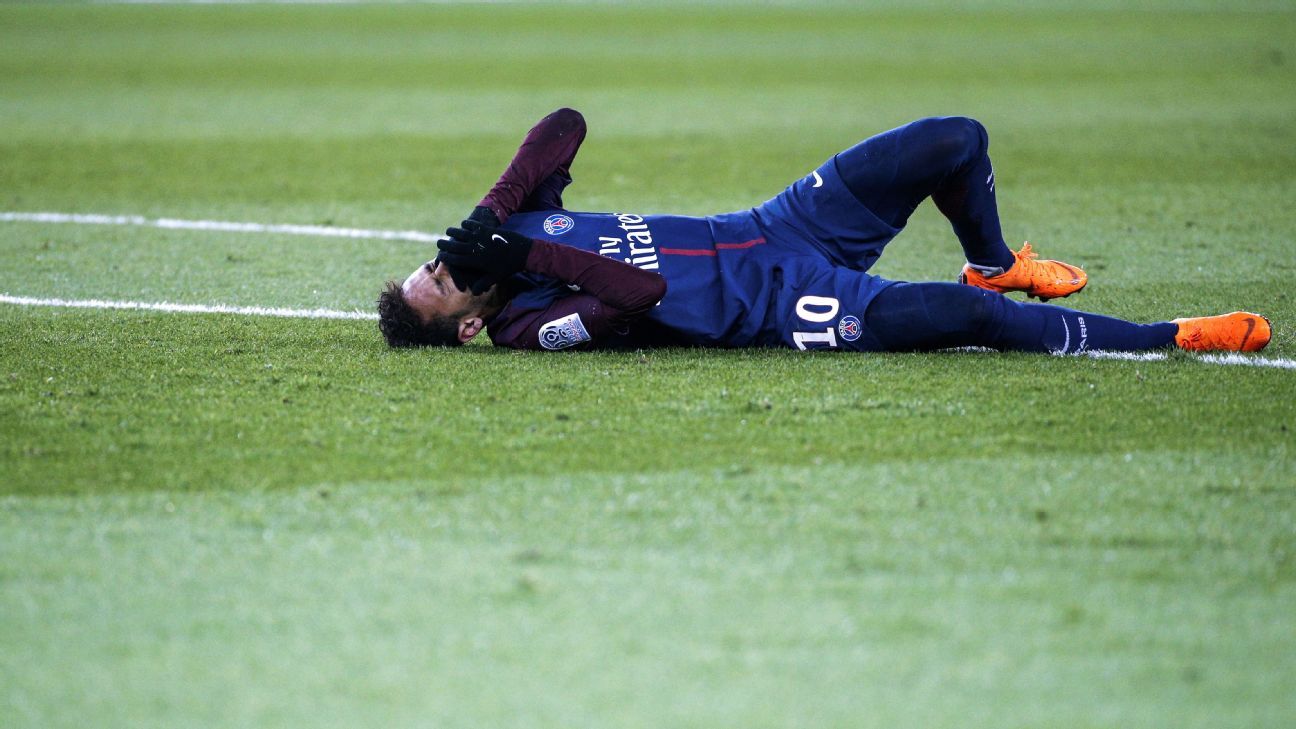 
Paris Saint-Germain coach Unai Emery insists that no decision has yet been taken over whether Neymar will have a foot operation amid reports that the Brazil international could miss three months.

Neymar suffered a crack in the fifth metatarsal of his right foot and sprained his ankle during Sunday’s 3-0 win over Marseille.

According to Globo Esporte, the Brazil international will undergo surgery to treat the injury that will take three months to recover, meaning he would return to first-team action in May, only one month before the World Cup begins.

However, Emery told a news conference ahead of Wednesday’s Coupe de France match against Marseille that nothing has yet been decided regarding surgery, and he even expressed hope that the forward would be fit for the second leg of the Champions League round-of-16 tie against Real Madrid on March 6.

“It is false [reports that Neymar is to undergo surgery],” said Emery. “No decision to operate has been taken.

“I have met with the doctor, and he told me that the sprain was swollen. His fifth metatarsal has a crack in it.

“We will take a decision in the coming days. However, for the moment, calm is needed.”

Emery acknowledged that tests since Neymar was injured in the Ligue 1 win over Marseille have reduced his chances of featuring against Real, but he said there is still hope.

“It is true that, today, the chances of Neymar being ready [to face Real Madrid] are smaller than they were last Sunday [after the Marseille game],” he said. “He is always the first one to want to play in every match.

“I am patient. There is a small possibility that he will be ready to face Real. We are going to wait.

“Neymar is a very important player for us, but we have other players capable of stepping in.”

Emery conceded that surgery might be necessary, but he stressed that it is not a foregone conclusion.

“The club released a statement last night with some medical details,” he said. “Things like this are not decided just like that [snaps fingers].

“We need to speak with the player, the doctor and the player’s entourage. To decide something important like this, patience and calm are required.

“There is a lot of speculation swirling around, but the truth is what I have just said, and that is based on what the doctor told me this morning.”

Aside from Neymar, defender Marquinhos will miss the Marseille clash and Saturday’s trip to Troyes in Ligue 1, while Dani Alves is suspended.

Brazil begin their campaign for a record-extending sixth World Cup triumph against Switzerland on June 17 in Rostov-on-Don. Host nation Russia open the tournament with their match against Saudi Arabia in Moscow three days earlier.