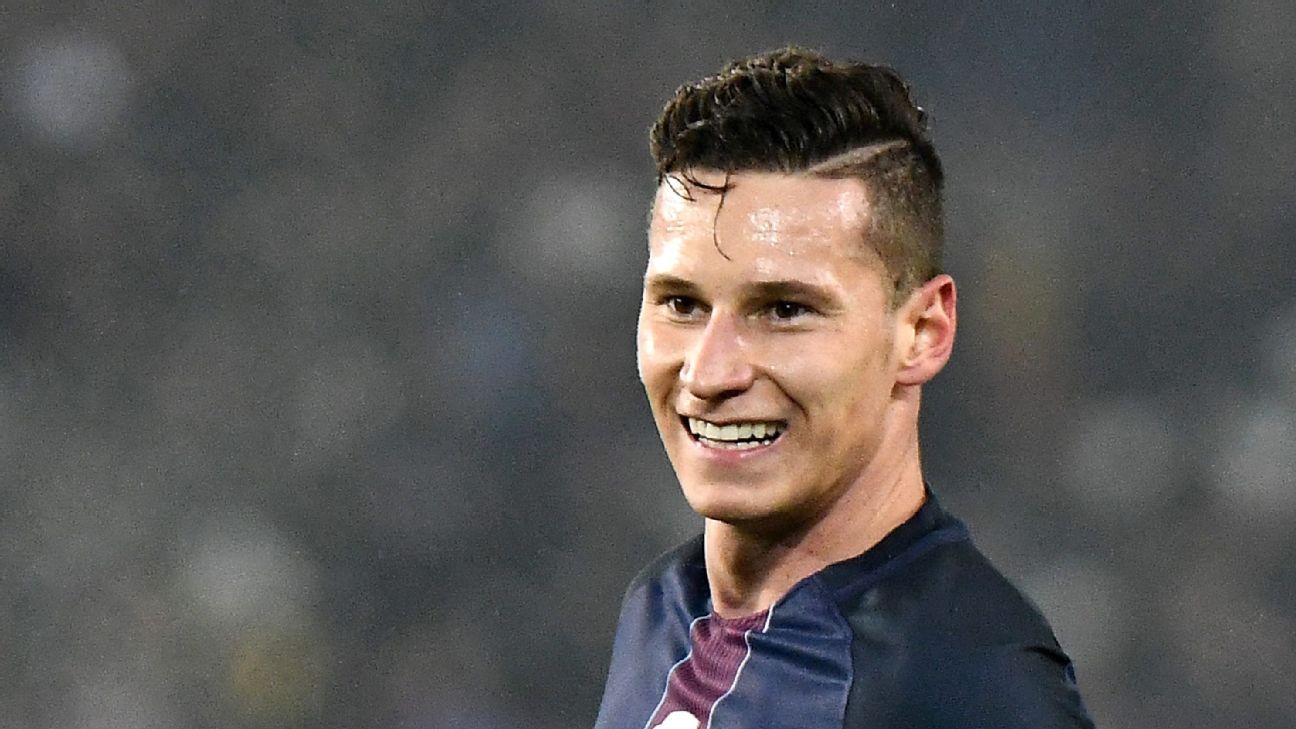 
PARIS — Paris Saint-Germain are not entertaining the possibility of selling Julian Draxler this summer, a source has told ESPN FC.

The Germany international’s Parc des Princes future has been the subject of speculation since L’Equipe suggested Neymar’s €222 million signing this summer could spell the end of the 23-year-old’s time as a member of coach Unai Emery’s starting XI.

The French reports were picked up by German publications and embellished, with Arsenal and Liverpool heavily linked, pushing Draxler’s agent Roger Wittmann to blast L’Equipe’s claims in an interview with Sport 1 in Germany.

“We are not interested in whether L’Equipe wrote something,” Wittmann said. “There has been no change, it is not a topic.

“If somebody writes ‘I have this information from Nasser Al-Khelaifi [PSG chairman and CEO],’ then I will consider it and call the president to speak about Julian’s situation.

“Once again, though, this is not the case. So, everything has been said.”

According to the source, Wittmann is correct and parting with Draxler is not something PSG have even considered — before or after Neymar’s arrival.

The Germany international is yet to feature this season but only recently returned from his summer holidays following an impressive Confederations Cup campaign in Russia this summer.

The source revealed that PSG and Emery are happy with Draxler’s start to life in the French capital and that the Spaniard is counting on Les Parisiens‘ No. 23 once he returns to full match fitness.

Since joining the Ligue 1 giants from Wolfsburg in January, the man from Gladbeck has scored four goals from 17 Ligue 1 appearances.

Draxler added five more across both domestic cups and also notched one in the UEFA Champions League.

Angel Di Maria currently forms one third of PSG’s strike force, which also boasts Neymar and Edinson Cavani, but Draxler is expected to push the Argentina international for a starting role once he is operational again.