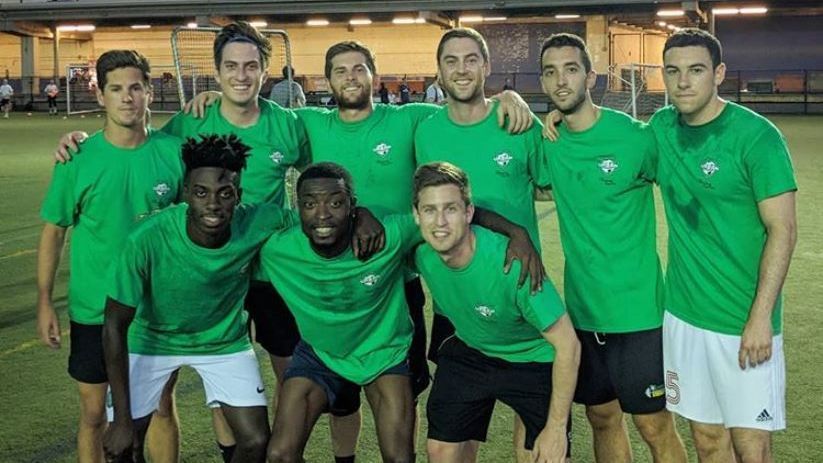 It might be the holidays for those not involved in this summer’s World Cup in Russia, but up-and-coming Paris Saint-Germain and United States star Timothy Weah cannot stay away from football.

Back in his hometown of New York City for the holidays, the 18-year-old son of legendary former PSG and AC Milan star, Ballon d’Or winner and current president of Liberia George Weah went looking for some seven-a-side action on Instagram this week and found it.

Weah, who recently scored his first senior goal for the USMNT, showed up at Pier 40 on the west side of Manhattan decked out in Nigeria’s popular new World Cup kit and played a few games before posing for some pictures with those lucky enough to be playing at the same time. The players included Sports Illustrated writer Dan Rapaport, who wrote a story on Weah’s appearance.

The teenage sensation was accompanied by his brother George Jr., who is a former professional himself, and helped the team that invited him to win its match and create a legendary night at Pier 40.

Not bad for a ringer!