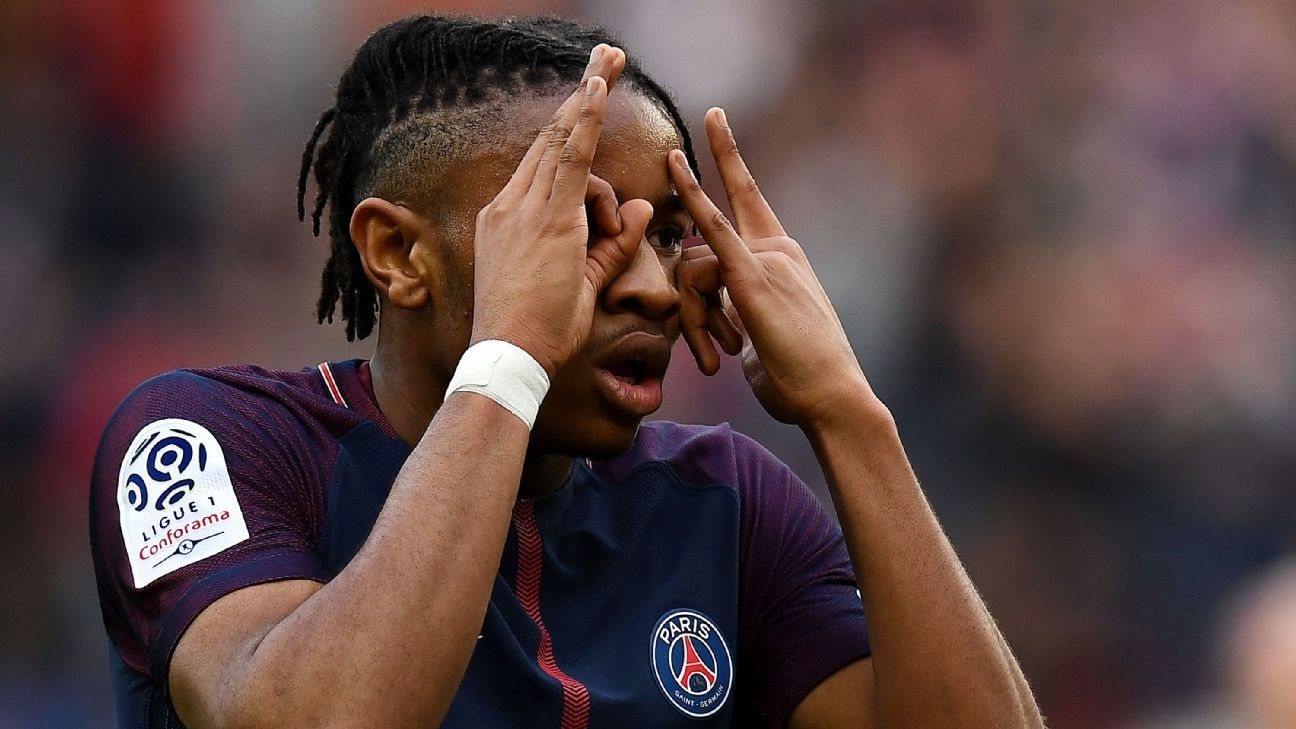 
PARIS — Paris Saint-Germain reacted to their Champions League round of 16 exit at the hands of Real Madrid on Tuesday by mauling Metz 5-0 at Parc des Princes in Ligue 1 on Saturday.

Thomas Meunier opened the scoring before a Christopher Nkunku double, a Kylian Mbappe strike and a Thiago Silva header.

The least PSG could do after their latest capitulation in Europe was respond immediately and that is what they did with a comfortable win over their struggling guests.

Nkunku was one of a few fringe players to be given a chance against the league’s worst team and he seized it with two well-taken first-half goals. The French youth academy graduate could have had a hat-trick but saw a quick-fire third chalked off.

It was a convincing performance overall even if Metz were awful, but PSG’s second half was much flatter than their first and they could have scored more if they maintained their rhythm from the first half and if it was not for Eiji Kawashima in the Metz goal.

6 — Emery got his starting XI right and also managed to give three substitutes a decent chunk of playing time.

GK Alphonse Areola, 7 — It was not the busiest outing for the homegrown goalkeeper but he still made a number of impressive saves.

DF Thomas Meunier, 7 — Preferred to Dani Alves from the off, he scored early and was consistent for the rest of the match after that.

DF Presnel Kimpembe, 6 — Deployed alongside Silva given that Marquinhos unavailable through injury, the youth academy graduate was solid albeit unspectacular.

DF Yuri Berchiche, 6 — Layvin Kurzawa was dropped from the squad entirely to face Metz and his replacement did reasonably well in a balanced showing, delivering the cross in the build-up to Meunier’s opener.

MF Lassana Diarra, 5 — Given the nod ahead of Thiago Motta and Lo Celso, the birthday boy (33) was not able to replicate his recent quality. However, he was still solid enough behind Nkunku and Marco Verratti.

MF Marco Verratti, 7 — Eager to bounce back from his red card against Real Madrid, he took an early knock but shook it off to create the first of Nkunku’s two goals.

MF Christopher Nkunku, 8 — Handed a rare chance to impress by Emery, the 20-year-old built on his goal away at Troyes last week with a double against Metz here.

FW Angel Di Maria, 5 — Played from the start again, he picked up where he left off against Real and was disappointing even though he assisted Nkunku’s second goal in accidental fashion.

FW Kylian Mbappe, 6 — It was a largely frustrating outing for the French teenager and although he scored, he was denied by Kawashima on numerous occasions. One such shot was blocked in the build-up to Meunier’s opener.

FW Julian Draxler, 5 — After complaining about Emery’s decision not to use him much against Real Madrid, the Germany international played but wasn’t at his best despite showing plenty of good intent.

MF Giovani Lo Celso, 6 — Sent on in place of Verratti after 64 minutes, he assisted Silva for the only goal of the second half through a corner.

FW Timothy Weah, NR — With 19 minutes left, the U.S. youth international relieved Di Maria and was denied by Kawashima in a one-on-one but also tracked back well to make a useful tackle.

MF Adrien Rabiot, NR — Given the final 19 minutes instead of Draxler, he kept PSG comfortably in control of the midfield battle.