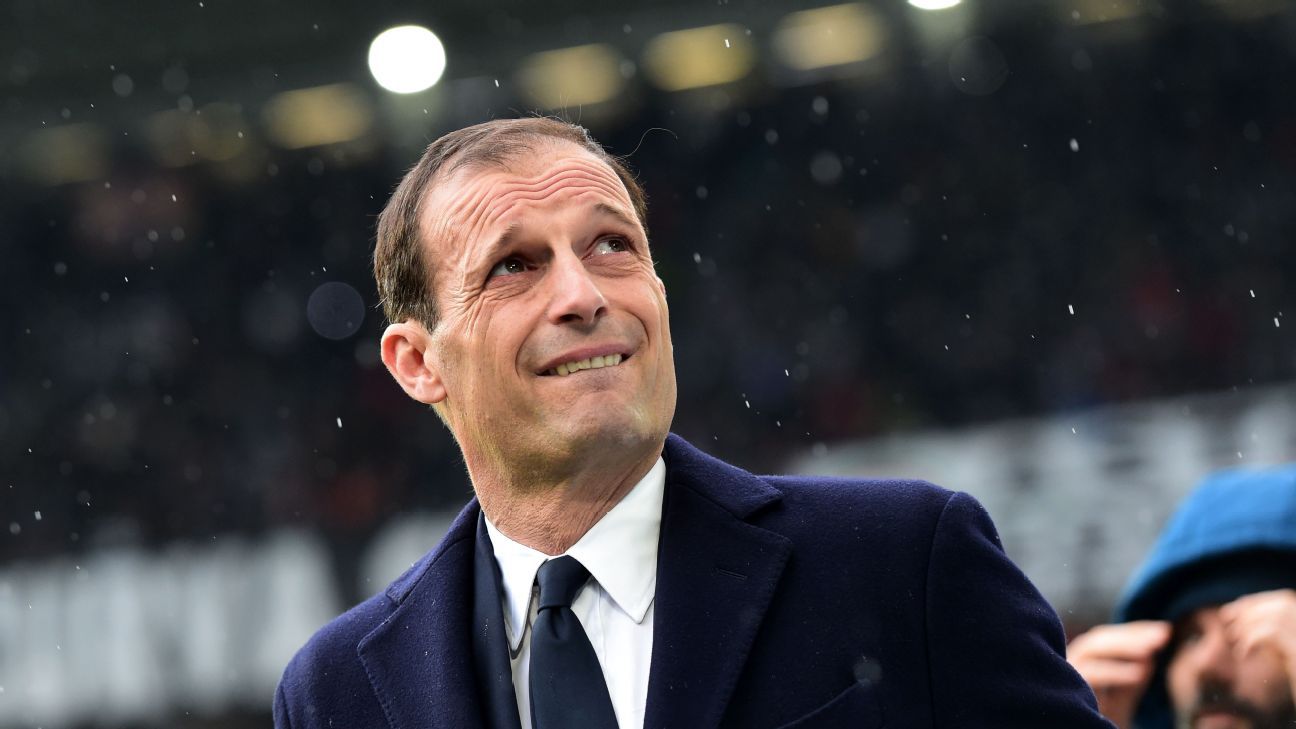 
PARIS — Juventus’ Massimiliano Allegri has moved to the top of Paris Saint-Germain’s managerial wish list as the Ligue 1 leaders plan to replace coach Unai Emery at the end of this season, a source close to the club has told ESPN FC.

Sources recently said that Chelsea’s Antonio Conte and Tottenham Hotspur’s Mauricio Pochettino were the two top names being considered by PSG in the immediate aftermath of their Champions League round-of-16 exit at the hands of Real Madrid.

However, while Pochettino, who captained PSG as a player, remains high on the shortlist of chairman and CEO Nasser Al-Khelaifi and sporting director Antero Henrique, Conte has been replaced by another Italian in Allegri.

The source told ESPN FC that Al-Khelaifi has been impressed by Juventus’ continental showings — they have reached two of the last three Champions League finals — and he would like to see what Allegri could do with PSG’s lavishly assembled squad.

The reason Conte has fallen behind Allegri and Pochettino is that PSG, although still interested, believe Conte will return to coaching the Italian national team after holding informal talks with his representatives.

Pochettino is Henrique’s favoured candidate, said the source, because of Henrique’s plans to restructure and rejuvenate PSG this summer — particularly regarding the youth academy.

However, while keen on the idea of a former player taking over as coach, Allegri is seen by the Qatari owners as the most likely figure to bring short-term success without the need for massive overhaul.

A number of other names have been linked with PSG in recent weeks, including former Barcelona coach Luis Enrique, Carlo Ancelotti and Andre Villas-Boas.

The source said, though, that Luis Enrique is expected by PSG to surface elsewhere — possibly with Chelsea as Conte’s replacement.

The return of Ancelotti has been considered but ultimately does not represent the best option because of unresolved issues from his first spell from 2011 through 2013 — notably his desire to have greater power over transfers, which would marginalise Henrique’s role and was previously an issue with former sporting director Leonardo.

As for Villas-Boas, while Henrique still rates his compatriot highly, the source indicated that the majority of PSG’s decision-makers would prefer Allegri, Pochettino, Conte, Luis Enrique and Ancelotti.

Emery’s contract runs until the end of this season and PSG believe that unless domestic results take a turn for the worse, he should be allowed to continue the team’s push for Ligue 1, Coupe de la Ligue and Coupe de France success before being allowed to leave at the end of his deal.