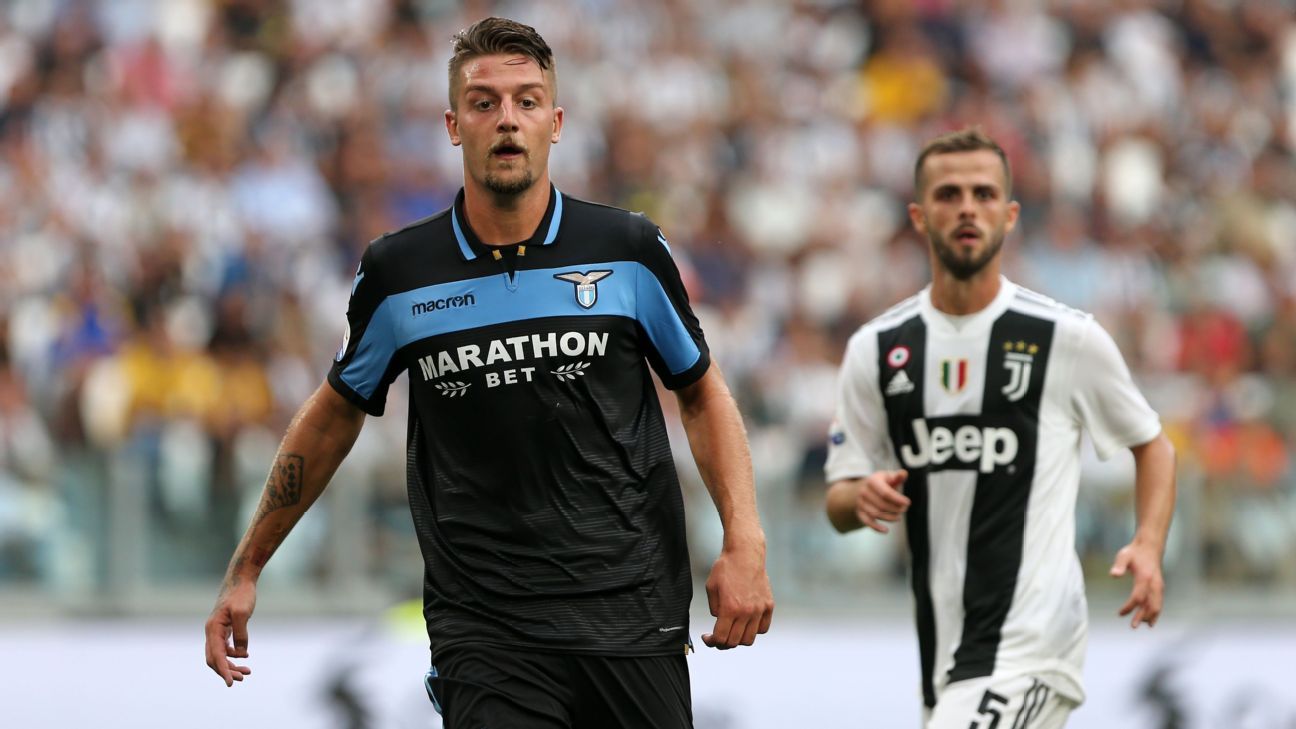 Sources have told ESPN FC the French champions are looking at bringing a in midfielder and the Serbia international has been a leading target for sporting director Antero Henrique.

However, the pursuit of Celta Vigo’s Stanislav Lobotka is more realistic and paired with Bayern Munich’s Juan Bernat, could form part of a late PSG push to give coach Thomas Tuchel the players that he needs to succeed at domestic and continental level this season.

Kezman, who played for PSG on loan and then permanently between 2008-2010, has rejected the idea that Milinkovic-Savic could be a late addition to the Ligue 1 giants’ squad.

“Enough with these false claims,” the former Serbia international told La Lazio Siamo Noi. “It has been going on all summer — Sergej is staying with Lazio.”

Milinkovic-Savic was part of the Serbian World Cup squad in Russia this summer and has become a sought-after talent since signing for the Italians from Belgian side Genk back in 2015.

PSG have created some room to breathe within UEFA’s financial fair play (FFP) limits with the sale of Goncalo Guedes to Valencia and could free up further funds if Kevin Trapp completes a loan move to Nice, which sources have revealed to ESPN FC is an option.