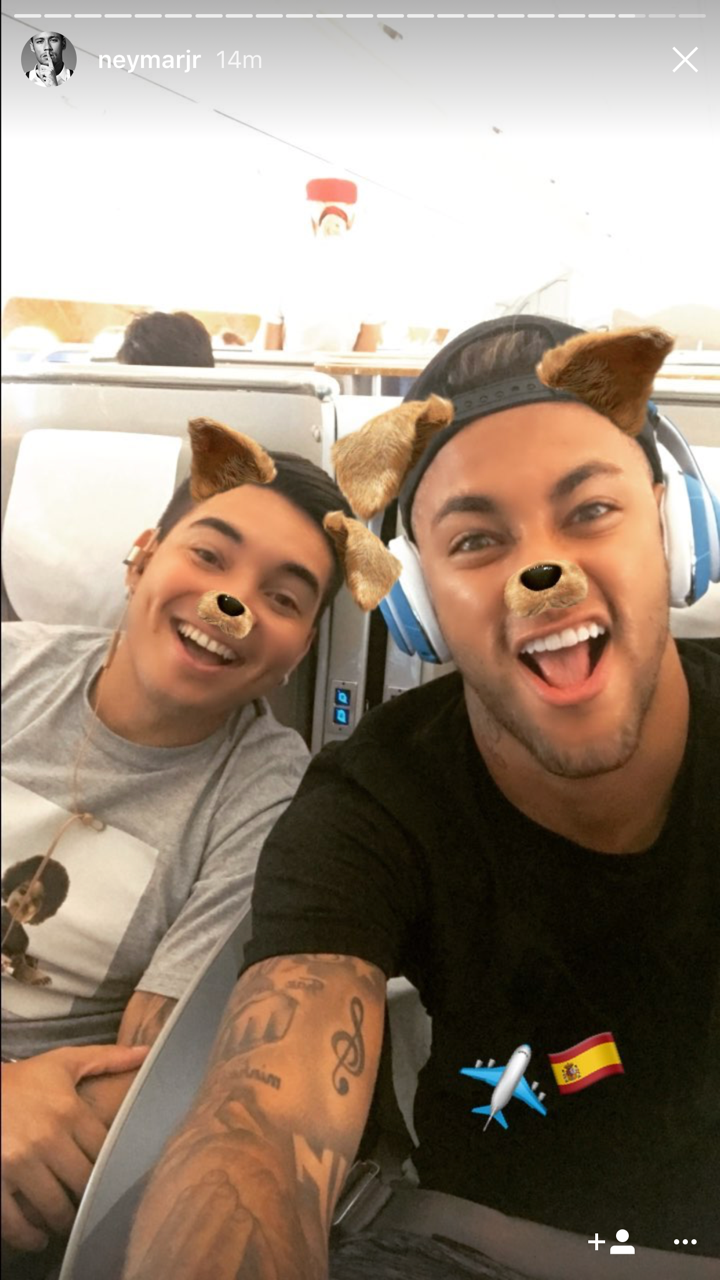 
Barcelona star Neymar returned to the Catalan city on Tuesday and is due to train with Ernesto Valverde’s team on Wednesday, a club source has told ESPN FC.

Transfer speculation was fuelled when Neymar had a stopover in Dubai after fulfilling his promotional commitments in China, as beliefs grow that he will complete a world-record €222 million move to Paris Saint-Germain.

The Brazil international had announced via his Instagram account that he was in the United Arab Emirates, posting a video and pictures of himself and some friends eating together.

Various reports followed — some suggesting Neymar’s next destination would be Brazil, others indicating Qatar or Paris — but he landed in Spain on Tuesday night. Catalan television channel TV3 showed images of Neymar walking quickly through Barcelona’s airport while wearing large headphones.

Meanwhile, French publication L’Equipe reported that, despite Monday’s suggestions from newspaper Al-Watan that Neymar will undergo a medical in Qatar this week, any tests are actually more likely to come later in the week, in Paris, and possibly even on Monday.

Neymar also used social media while in Dubai to quote a passage from the Bible that could be interpreted as a hint regarding his future and a potential PSG move.

“I am not saying this because I am in need,” the 25-year-old wrote. “For I have learned to be content whatever the circumstances.

On Monday evening, beIN Sports MENA — which has close ties with PSG’s Qatari owners — tweeted that it had been informed by its sources close to Barca that Neymar will be leaving the club.

Le Parisien, meanwhile, reported that PSG have not yet contacted Paris police to establish a location for any potential unveiling and that Neymar’s father collected his loyalty bonus from Barca in Catalonia on Monday.

However, that contrasts with reports by Mundo Deportivo and The Associated Press, which says Barca are withholding the €26 million bonus, which was agreed when Neymar signed a new contract last year, into a notary until the saga is over.

“What the club does with the money, it does not know yet, given the uncertainty of the future,” an unnamed club official told the AP.

MD said that Barca feel they should not have to pay the full amount if Neymar moves to PSG and fails to fulfil the five-year deal for which the fee is payable.

Diario Sport says Barca’s decision to do so has angered Neymar Sr., who feels the club’s actions have no justification.

PSG chairman and CEO Nasser Al Khelaifi declined to delve into details on a pending deal in quotes from Saturday that emerged in the French press on Tuesday.

Al Khelaifi told Morocco’s Medi 1 TV before PSG won the French Super Cup in Tangier on Saturday: “I think that this question is a bit premature. Today, Neymar is Barcelona player and we will see what happens with him.

“However, we respect all the contracts signed by other clubs with their players. Sincerely, I prefer not to speak about this topic right now. I hope to talk about it at another time. I would rather not get into percentages either, each thing in its own time.

“Neymar is a world-class star. However, and I repeat, he is a Barcelona player. Bringing in a star like this, it is not only a question of name and reputation, it is also how they play the game. PSG aspire to having top players recognised at the highest levels globally to increase the club’s reputation and to take the players and the coach to the levels they want to reach.”