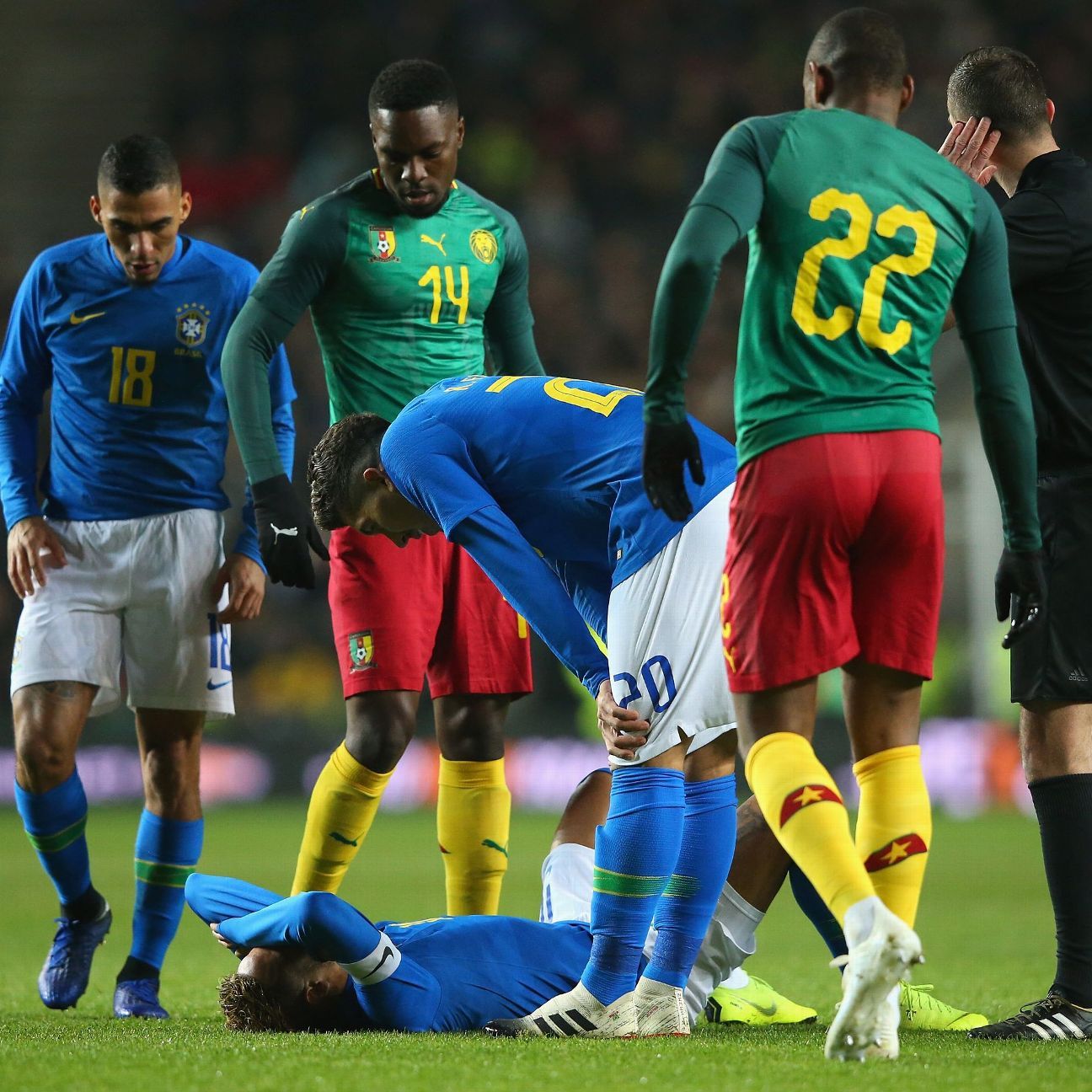 
Neymar and Kylian Mbappe could be injury doubts for Paris Saint-Germain ahead of their crucial Champions League meeting with Liverpool next week after both players were substituted while playing for their countries on Tuesday night.

Brazil’s Neymar limped out of their 1-0 friendly win over Cameroon after tweaking his groin as he shot at goal with seven minutes gone.

However, team doctor Rodrigo Lasmar told reporters that while a scan was needed to confirm the exact diagnosis he did not think the injury to Neymar’s adductor muscle would keep him out long.

“He came off complaining of pain,” Lasmar said. “He felt a discomfort, he will need a bit more time to evaluate it and take a scan, but in principle it is not a serious injury.”

Brazil went on to win the match with Neymar’s replacement Richarlison scoring the only goal a minute before half-time.

Neymar’s injury was not the only concern for PSG on Tuesday with his club strike partner Kylian Mbappe also withdrawn before halftime in France’s 1-0 friendly win against Uruguay.

The forward fell awkwardly on his right shoulder after a challenge by Uruguay goalkeeper Marin Campana. France’s medical staff were said to be not too concerned with Mbappe’s condition, according to reports.

PSG face Toulouse in Ligue 1 on Saturday before hosting Liverpool in a crunch Champions League group match on Wednesday.

The French champions will be eliminated from the competition if they lose to Liverpool and Napoli win at home to Red Star Belgrade.

Information from Reuters contributed to this report.