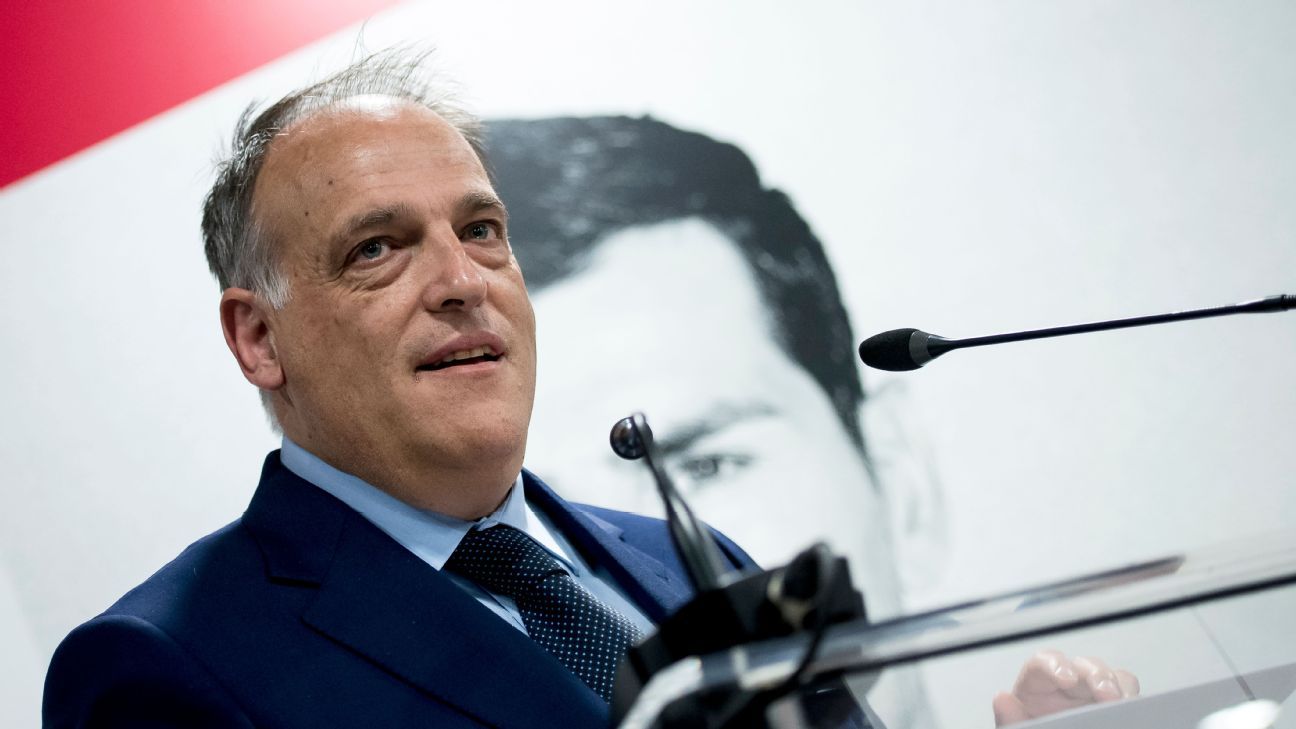 PSG have escaped from the probe without major sanctions but must raise between €40 million-€60 million before the end of the month to be clear of any short-term issues relating to their 2015, 2016 and 2017 accounts.

The signings of Neymar, for a record €222m, and Kylian Mbappe last summer will be scrutinised again after the next financial year, but Tebas told L’Equipe it is not good enough from UEFA.

“We need time to study their decision in greater detail,” Tebas said. “However, at first glance, I would say that they have led us up the garden path.

“This shows that financial fair play is dead — it has no value. We will send this to competent authorities in Europe and Switzerland, denouncing UEFA’s FFP in its entirety.”

Tebas has been on the offensive against PSG since they lured Neymar away from Barcelona, and beating Real Madrid to Mbappe’s signature only further exacerbated his anger toward the club.

In one of many colourful outbursts, Tebas accused PSG in August of “peeing” in the swimming pool of elite European football.

PSG will face challenges in remaining within FFP’s limits after UEFA downsized the value of a number of their Qatar-based sponsorship contracts, but are expected to respond swiftly with a number of new deals — as well as significant renewals with the likes of kit supplier Nike.

How to get married and play in a semifinal on the same day!
Man United hit by cyber attack ahead of Premier League clash with West Brom
PSG edge ahead of Real Madrid in chase for Bayern’s Alaba
Diaz 7/10, Odegaard 6/10 as depleted Madrid draw at Villarreal
Barcelona’s Pique, Roberto face lengthy spells on sidelines as injury crisis worsens