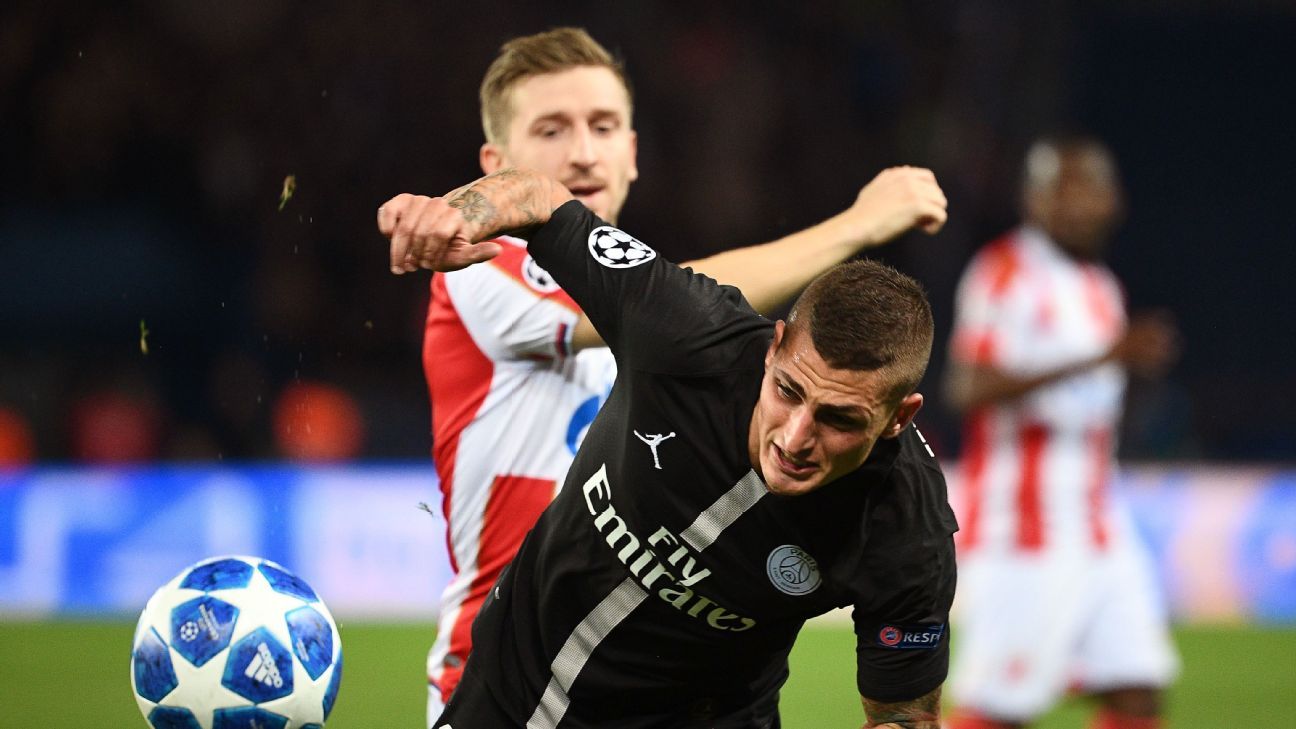 
Paris Saint-Germain midfielder Marco Verratti said he and his teammates did not notice anything unusual during the Champions League victory over Red Star Belgrade earlier this month that is now under investigation for potential match-fixing.

L’Equipe reported that a Red Star official was suspected of betting €5 million, via accomplices, on the team to lose by five goals, resulting in France’s National Financial Prosecutor’s office (PNF) opening an investigation.

“We did not feel anything,” Verratti, representing Italy, told reporters after the 1-0 win over Poland in the Nations League on Sunday. “I do not think that is true.

“We put in a great performance and it is not the first time that we have won by five goals. Last year, we won by five goals on many occasions. These are somebody else’s problems — we are not interested in them.”

“There has been no contact with the PNF, who lead the investigation,” Ribes said. “Anybody implying that this supposed meeting [between PSG chairman and CEO Nasser Al-Khelaifi and the Red Star leader in question] should or could have gone ahead is open to prosecution.

“It goes without saying that that if there is a case and PSG are one of the victims, then we will press charges.”

Red Star rejected “any possibility that any members were involved in such a dishonourable act” and are considering legal action against L’Equipe for publishing the report.

“We have hired a lawyer in France who is looking into potential legal action against L’Equipe for attacking the honour of the club,” Red Star said in a statement. “Red Star will continue to seek the truth and that the manipulators and informants responsible for this shameful act are brought to justice.”

The French football league (LFP) expressed support for the PNF and UEFA in their investigations and attempted to distance PSG from the claims, and the syndicate of top French clubs, known as the Premiere Ligue, took offence to associations with match-fixing.

“There is no suspicion — we all know the club’s ethical and moral values, which are shared by all of its leaders, players and employees,” the Premiere Ligue said in a statement. “Ill-intentioned minds are seeking to tarnish PSG’s reputation through a case completely unconnected that actually discredits French football as a whole.”