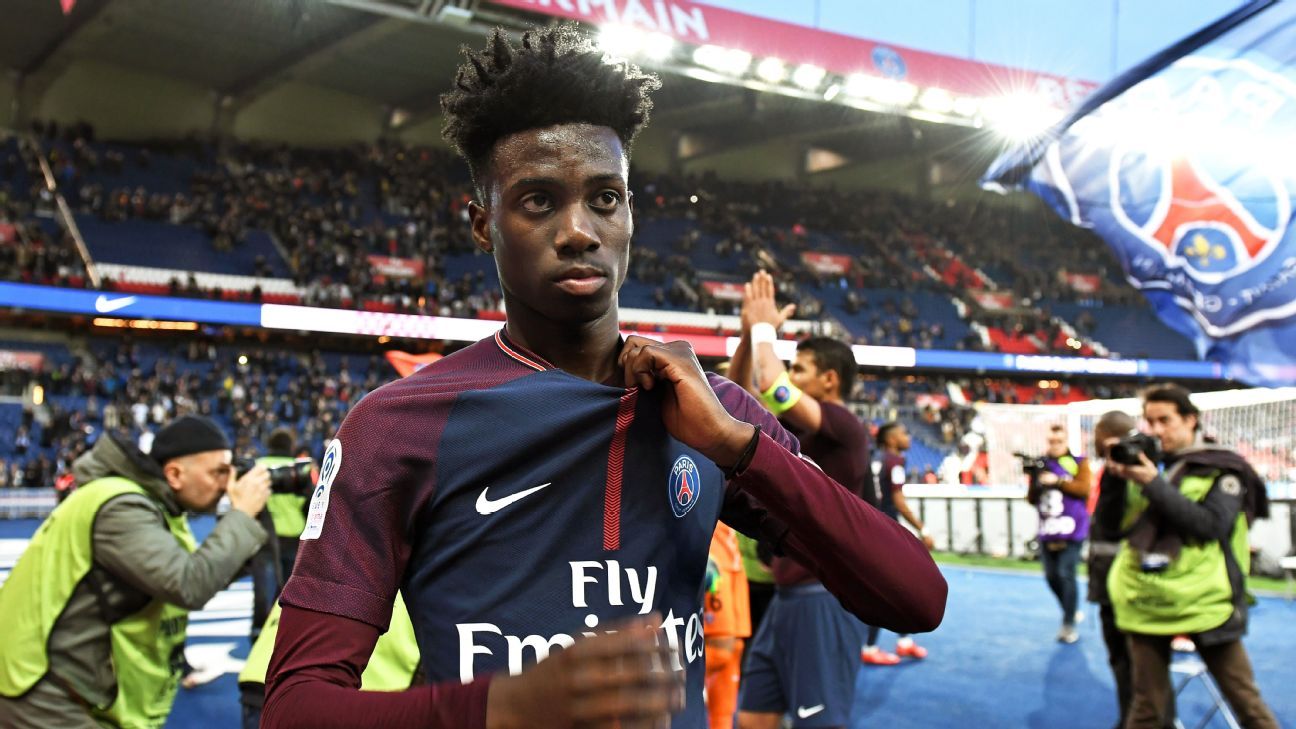 
PARIS — Thomas Tuchel’s arrival as Paris Saint-Germain coach is an opportunity for a number of the French champions’ senior players and one of those concerned is young United States international Timothy Weah.

Despite his father George’s illustrious career on and off the pitch, which featured a PSG chapter between 1992-95, the younger Weah is perhaps still not as obvious a candidate as Julian Draxler to take on greater importance under Tuchel.

However, in his two showings for the USMNT at senior level — the latest produced a goal in a 3-0 win over Bolivia on Monday — Weah, who turned professional last July, has shown that he deserves serious consideration from the German tactician as he revamps the French champions.

The 18-year-old made his senior debuts for club and country back in March, and has done enough on the pitch to generate significant excitement and buzz in France as well as in his home country.

It has quickly become obvious, though, that the teenage sensation’s development will be hindered going forward if he continues to largely make up the numbers at senior club level — in Ligue 1 or elsewhere — next season.

Before the Bolivia friendly, Weah admitted that has not yet spoken with Tuchel but considering his goal against the South Americans, that chat with the former Borussia Dortmund and Mainz coach has now taken on greater importance.

The boy from New York City could add to that conversation’s pressing need again with upcoming friendlies against the Republic of Ireland and France in Europe.

“I have not talked with him at all,” said Weah via Philly.com. “I hope when I get back, though, I can have a conversation with him during the preseason — in terms of my future.”

So far, Weah has developed nicely at senior level in Paris, being slowly introduced to the fold, alongside superstar Neymar and French football’s golden boy Kylian Mbappe.

Les Parisiens’ No. 37 made his first senior start away at Caen in the final match of the campaign in Le Championnat and fared well, teeing up Javier Pastore nicely for a chance that the Argentina international should have done better with early on at Stade Michel d’Ornano.

Speaking with PSG.fr towards the end of term, Weah admitted that he is “anxious” to play a bit more at club level — even if he finds the exposure to the senior squad educational.

“Right now, I am a substitute, so I watch the matches,” Weah said. “I am so proud to learn. However, I am also anxious to play a bit more and show what I can do.

“My father’s legacy counts but I have always been a fan of PSG, since Pauleta and Nene,” added the American. “I was always playing as these teams on video games.

“PSG was always a club that I wanted to join. I was ready to come and work hard for the team. When I joined the senior side, I was just shocked to find myself among footballing legends.”

One of those “legends” is Edinson Cavani and the Uruguay international, who will feature for La Celeste at this summer’s World Cup in Russia, has taken Weah under his wing and adopted a “father-like” role.

“After training, in the locker room, I sit down with Edinson and have a conversation,” said Weah of El Matador via Philly.com. “He tells me, ‘Tim, you are doing this right, but you need to do that even better,’ and I really take that to heart.

“Neymar is kind of the cool guy, we like to play around — I mess with him, he messes with me. Kylian, we are about the same age, so we try to understand each other. He tells me some stuff because he has been around the game for a while at the highest level.”

So far, Weah’s development with PSG has dovetailed nicely with his emergence at senior international level with the USA.

This summer, though, will be key to deciding whether or not that progression continues at pace or slows down — like it did for similarly talented youth academy graduates Jean-Kevin Augustin and Hervin Ongenda in the past.

Based on what he has shown so far for club and country, Weah could play a larger role next season at Parc des Princes or elsewhere in France, but to make a decision on that, Tuchel needs to see him in action — what better time than France’s friendly clash with the USA in Lyon next week?

Considering Mbappe, Cavani, Neymar and Draxler’s World Cup duties this summer, Weah will likely see significant game time during preseason, but that should not be the German’s sole reason for keeping hold of him.

If a season or two on loan with a newly promoted Ligue 1 side like Nimes Olympique or Stade de Reims, perhaps even a bigger Ligue 2 club such as Lens, offers him stronger guarantees of game time, then Tuchel should not stand in the American’s way.

Tuchel played a role in the emergence of Christian Pulisic at Borussia Dortmund and could do the same with Weah in Paris — if he is attentive towards the teenage talent that is.