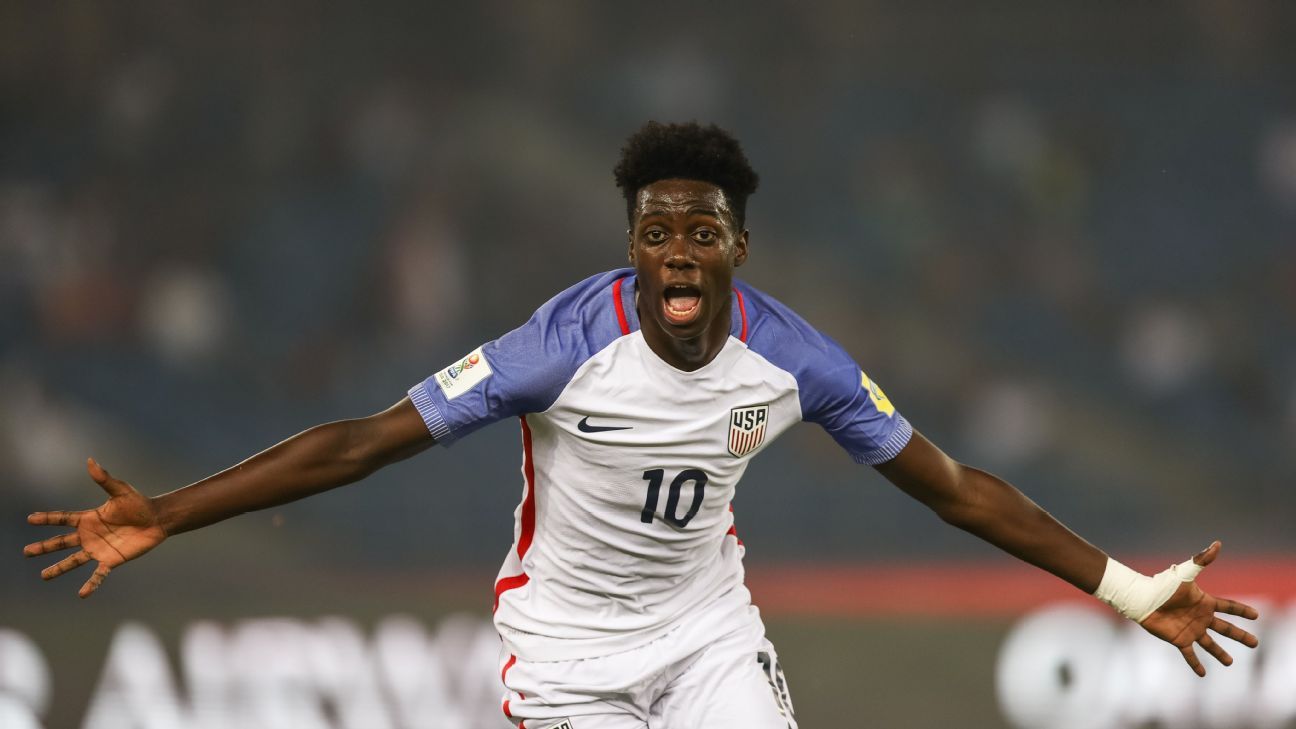 
PARIS — Paris Saint-Germain included U.S youth international Timothy Weah in their senior squad for the first time for Saturday’s Ligue 1 game as coach Unai Emery looks to preserve as many of his regular starters as possible.

Kylian Mbappe and Edinson Cavani were left out of the 18-man squad for PSG’s trip to Ligue 1 strugglers Troyes on Saturday, with much of the club’s focus on Tuesday’s Champions League round-of-16 second-leg showdown with Real Madrid at Parc des Princes.

Combined with Neymar’s absence because of his right ankle surgery in Brazil this weekend, PSG’s entire “MCN” front three will not be in action at Stade de l’Aube.

Marco Verratti, Marquinhos and Javier Pastore have also been left behind in Paris as Emery looks to maintain a 14-point lead at the Ligue 1 summit without jeopardising the return leg against Real future after Neymar’s untimely need for surgery.

Weah, the son of legendary former player and newly elected Liberia president George Weah, stands a strong chance of featuring at some point — if not starting — on his first call-up to a professional squad, with only Angel Di Maria and Julian Draxler other options truly capable of playing in attack.

Tim Weah scored twice for the U.S. under-17 team at the CONCACAF Championship last April and followed that in October with a hat trick in the U-17 World Cup round of 16 against Paraguay.

He’s made seven appearances for PSG’s under-19 team in the UEFA Youth League this season and scored against Celtic in September.

Callegari could also play some part, but with Thiago Motta, Lassana Diarra, Giovani Lo Celso and Adrien Rabiot also available, he might have to settle for a substitute role.

A pre-Real boost for Emery is the return of goalkeeper Alphonse Areola, even though it will likely be Kevin Trapp between the stick in Troyes, with the Frenchman expected to start against Zinedine Zidane’s men.

Weah and Callegari’s fellow youth academy product Kevin Rimane remains in the squad, while Marquinhos is out and fellow youngster Stanley N’Soki is injured.

Even with so many players missing, Emery did not have a change of heart and Hatem Ben Arfa was overlooked once again. With Areola and Trapp in the travelling party, Sebastien Cibois is back to his role as third-choice goalkeeper and did not make the cut.