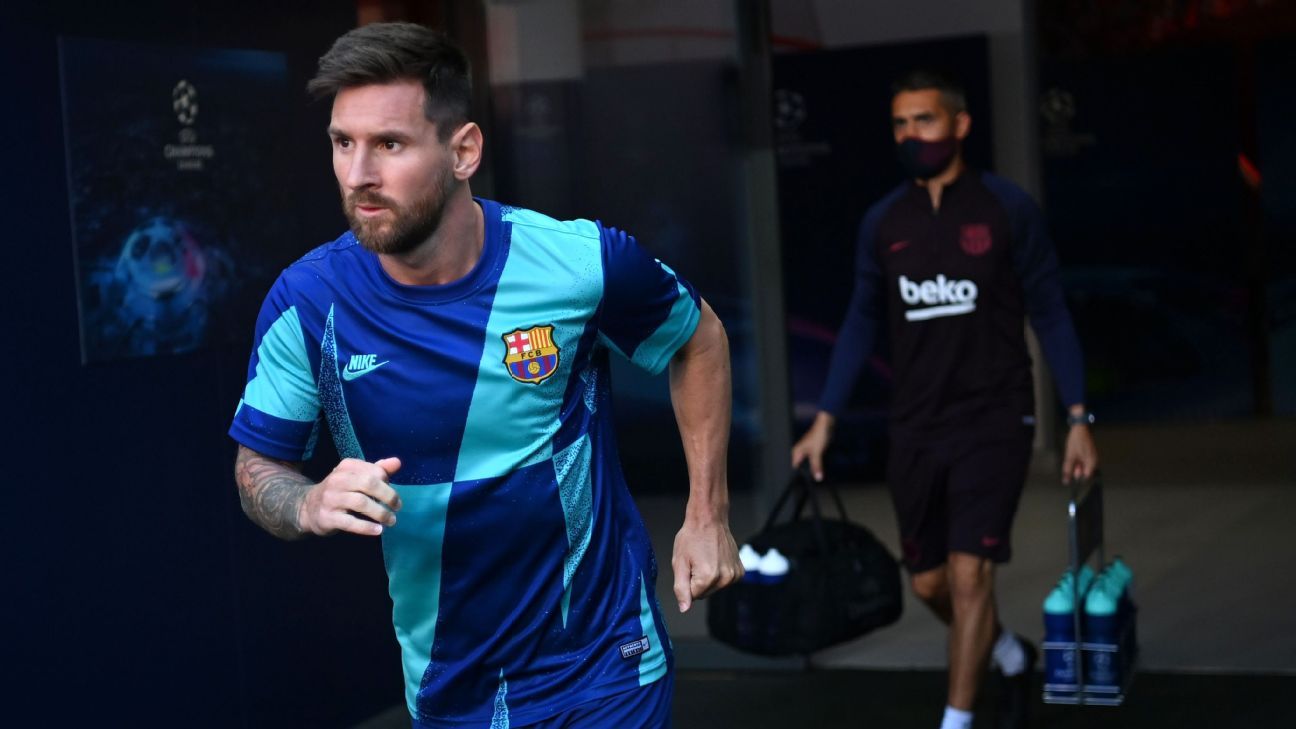 
Paris Saint-Germain are closely monitoring the situation around Lionel Messi, sources have told ESPN, after the Barcelona talisman told the club that he wants to leave.

There have been no offers at the moment for the Argentina international or even discussions with his entourage, but the French champions would put themselves in the race to sign him if he was on the market for free or for a small fee.

Paris already have two huge earners on the team in Neymar (€32 million per year) and Kylian Mbappe (€21m per year) and would find it very challenging to accommodate Messi’s enormous wages in their pay roll while respecting Financial Fair Play.

However, sources at the club stress that it is not impossible.

Messi is very close to two players at PSG. Neymar, his former Barcelona teammate who he tried to bring back to the Camp Nou last summer, and Angel Di Maria, who plays with him in the Argentina national team.

Since the Qataris took over PSG in the summer of 2011, they dreamed of attracting two players to the club: Cristiano Ronaldo and Messi. They always thought that the Portuguese was the more realistic target and he rejected their offers a few times.

The PSG hierarchy never thought that Messi could also become an option, but if he does they would do everything in their power to find a way to sign him, according to sources.

When asked about the six-times Ballon d’Or winner after the Champions League final defeat against Bayern Munich last Sunday, Thomas Tuchel said: “What manager would say no to signing Messi?”

PSG will have to overcome a few obstacles: Manchester City are clearly the front-runners for financial reasons and the previous relationship between Messi and Pep Guardiola.

Despite the turmoil between Barca and Messi, sources confirmed to ESPN that Messi plans to report for Barcelona preseason on Sunday, when players are expected to have a coronavirus test before beginning training on Monday.