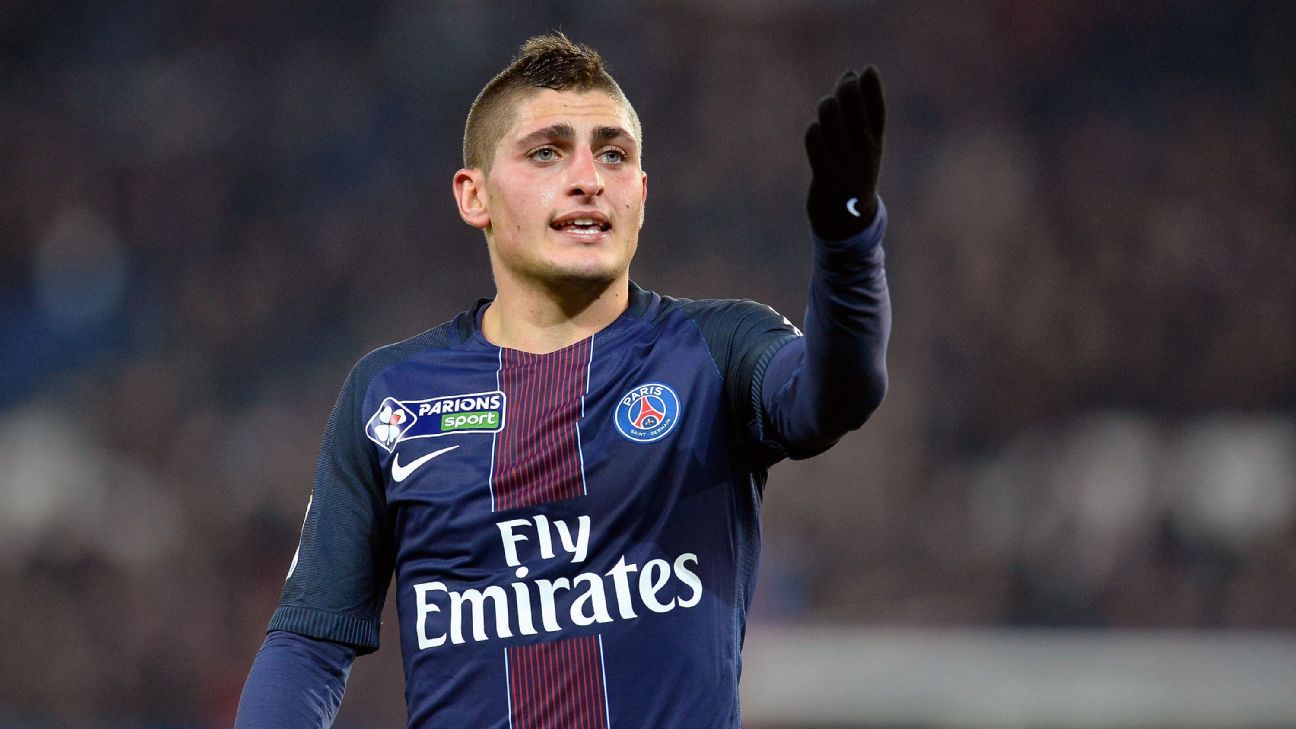 
Marco Verratti has been photographed with a copy of Mundo Deportivo which has a headline linking him with Barcelona, although the Paris Saint-Germain midfielder would not make any comment on his future to the Catalonia-based newspaper.

Verratti, 24, who has been joined on holiday in Ibiza by agent Donato Di Campli, told the paper that he “cannot talk about my future right now.”

Several reports have linked the Italy international with a move to the Camp Nou, and former Barca defender Eric Abidal said he believed he would be an ideal signing.

“He has everything needed to play here [at Barcelona],” Abidal told Mundo Deportivo.

“Barca have played against PSG a lot in recent seasons, and when Verratti is not playing you can see the difference. He is a star Barca have to sign.”

Abidal has also said he believes Borussia Dortmund attacker Ousmane Dembele would be another good addition, telling SPORT: “Dembele is a good representative of the French academy system, which always brings through good players.

“I thought that last year when he left Rennes he would come to Barca because he has a lot of talent. “Could he come now? I do not know. Anything is possible and it would be a great signing.

“He is a dangerous player with a lot of quality. A player so young needs to play, but to come to Barcelona would also be a plus for him, to keep growing.”