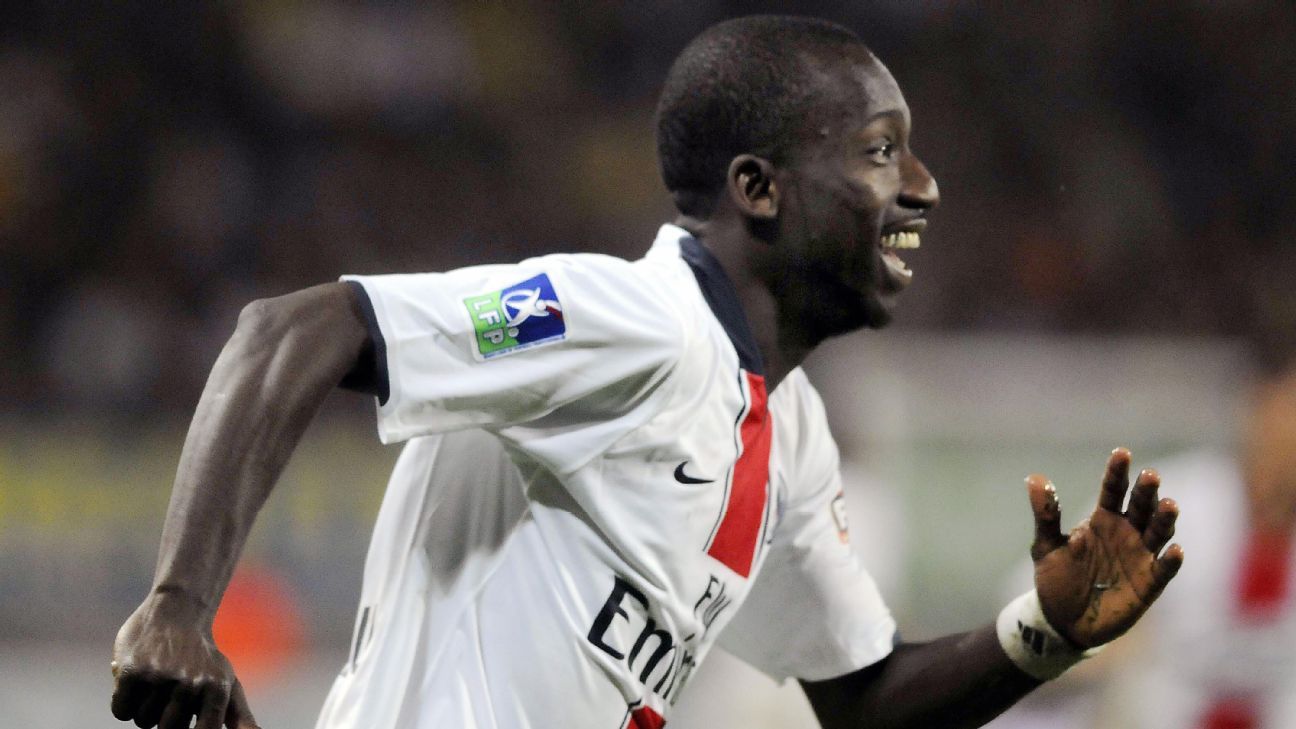 
PARIS — Thursday marks the most improbable of anniversaries for modern Paris Saint-Germain but an important one all the same as exactly 10 years ago to the day, the French capital outfit avoided relegation to Ligue 2 on the final day of the 2007-08 season with a 2-1 win at Sochaux.

The thought of PSG dropping out of Ligue 1 and into the second tier with the likes of Brazilian superstar Neymar or the golden boy of French football Kylian Mbappe is laughable today. However, it was a real possibility for players like legendary striker Pauleta, promising central defender Mamadou Sakho and Colombia international Mario Yepes back then.

The prospect of relegation from Le Championnat was briefly raised with Mbappe’s move from Monaco only becoming permanent once Les Parisiens‘ top-flight status was secure. All parties knew that was never a realistic scenario, though, so the France international’s purchase was as good as guaranteed from the start.

There were some dark days before the arrival of Oryx Qatar Sports Investments (QSI) back in 2011, but few were darker than trip to Sochaux in May of 2008 to secure their Ligue 1 survival. Without that win in Montbeliard, today’s PSG might not exist at all.

“Who knows? We cannot rewrite history,” Amara Diane, scorer of both PSG goals and an unlikely cult hero told Le Parisienin February before the pair met in the Coupe de France round of 16. “Today, I am just happy to see what PSG have become — a club competing for the Champions League each season.

“That is where they should be, in Europe’s top eight. Tomorrow, perhaps they will be one of the best clubs in the world and at the same level as Barcelona or Real Madrid.”

Diane’s messy 83rd-minute winner ultimately kept PSG in Ligue 1, something that did not look certain pre-matc,h with the capital club 16th and just one point above Toulouse in 17th and Lens in 18th. It was between the three of them to avoid relegation, and Toulouse hosted Valenciennes, while Lens were visited by Bordeaux — PSG’s trip to Sochaux was the trickiest of the trio’s final-day fixtures.

“We were all very tense — the club’s life was in our hands,” recalled Diane. “More specifically, it was between our feet.

“Our careers were on the line too — we did not want to go down in history as they players who took PSG down!”

Ultimately, it was Lens who suffered the dreaded drop, succumbing after a 2-2 draw at home to Bordeaux, as Toifilou Maoulida’s quick-fire equaliser from a late David Bellion strike was not enough for Sang et Or. However, had Diane not managed to scrape a second goal for PSG in Sochaux, it may well have been Ligue 2 for the now French giants.

“It is beautiful to re-watch it because everything is blurry in my mind,” Diane said of his winner. “I still wonder how the ball reached the goal!

“I celebrated little at this moment, because the pressure was enormous. Even at the final whistle, I did not realise what we had done — I had tears in my eyes.”

Elsewhere, a 75th-minute winner from emblematic Toulouse midfielder Pantxi Sirieix — the most unexpected of sources when you consider that it was one of just nine goals across his 13 seasons with the club — secured a 2-1 win over Valenciennes. So, had PSG gone on to lose in that tense finale, which was possible up until Diane completed his double, Lens’ draw would have been enough to keep them up on goal difference.

Paul Le Guen’s men would have been condemned to at least one term in the second tier, and with no lavish QSI investment back then — not to mention erratic form — an immediate return would have been far from certain and Antoine Kombouare (the first coach under QSI) might not have succeeded his teammate as coach in 2009.

“No doubt!” exclaimed Diane when asked if the result was the pinnacle of his career. “I experienced many good moments in my time as a player, but this day was special — it is engraved in my memory.”

It is not only in Diane’s memory that his double lives on; to this day, PSG supporters remain grateful to the man who scored three times in eight appearances for his native Cote d’Ivoire. The now-35-year-old admits that people still recognise him and thank him to this day because of his feats in Sochaux, but he is adamant that he is not a hero.

“No, although everybody still speaks about this goal with me,” Diane said. “Even today, I still get kissed and thanked in public.

“However, I did not take the ball out of (then-goalkeeper) Mickael’s [Landreau] hands and dribble past 10 players to score. It was thanks to the whole team and the staff, as well as the supporters — they never gave up on us and helped us to stay up.

“It was an historic goal but that does not make me a hero.”

Toulouse and PSG were ultimately spared, and the men from the capital finished three points clear of Lens before ending the season by losing the Coupe de France final 1-0 to Lyon after extra time at Stade de France.

Adding to Diane’s legend, the former Strasbourg man left Paris in the summer of 2008 for Al-Rayyan in Qatar and only returned to Europe with Tubize in Belgium in 2014, ending his career there the following year. As recently as his February interview with Le Parisien, the man from Abidjan had not been invited back to Parc des Princes, a bit ungrateful of PSG, but insisted he was not looking for recognition.

“No, I have not been to Parc des Princes for 10 years,” he said. “If invited, I would be very happy to go. However, I am not asking for anything.

He might not be a name familiar to many people who have only started to follow PSG since QSI’s arrival and the influx of star names that has followed, but there are many who still remember and remain grateful for Diane’s heroics each May 17.