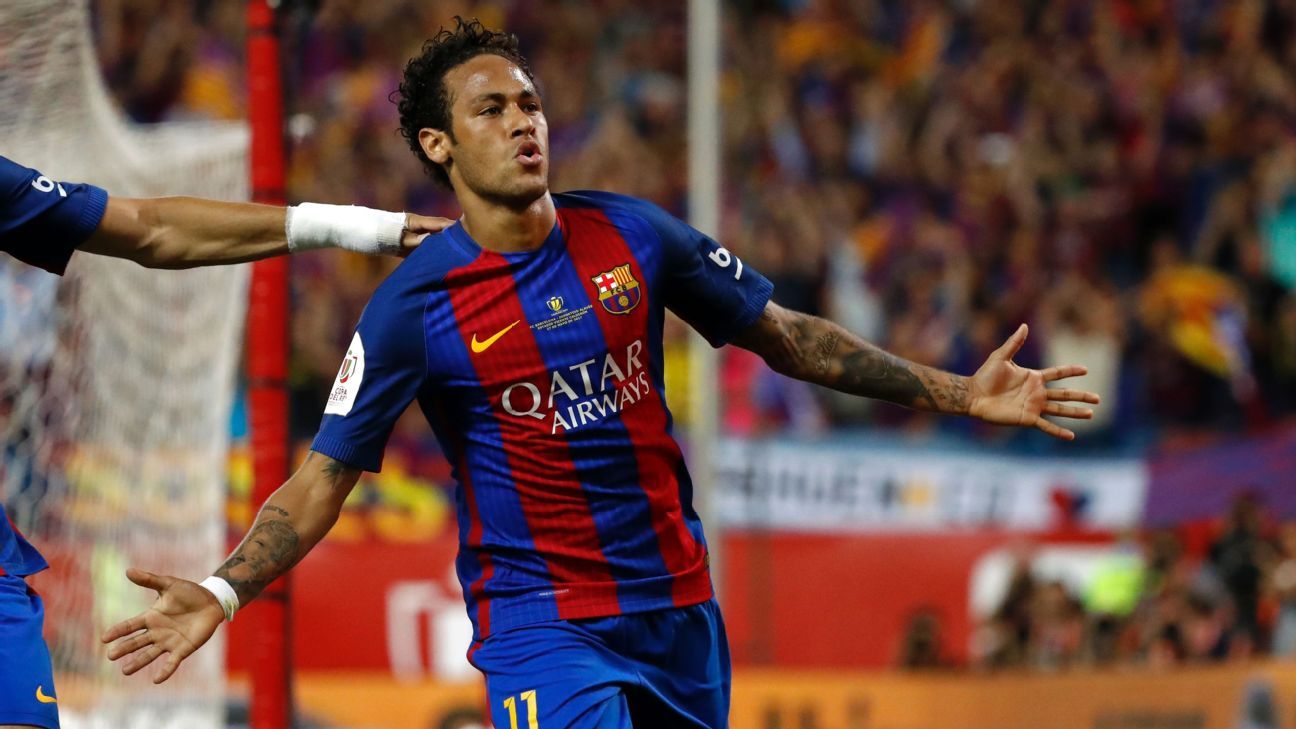 PSG have been strongly linked with a move for Neymar this week and a source close to the French side has told ESPN FC that they have been made aware that a deal is possible.

However, Gaspart says he cannot imagine the Brazil international leaving the Camp Nou this summer, while claiming everything stems from Barca’s public interest in pursuing PSG midfielder Verratti.

“Neymar won’t leave Barca,” he told RAC1. “What’s happening is that PSG are retaliating because they’re annoyed by a move to sign their player [Verratti]. They’re trying to make a mess of Neymar’s situation.

“I hope that Neymar clears up that he’s not going soon. [I hope he] says that he’s delighted to be at Barcelona and that the rumours have no foundations.

“As a Barca fan and someone involved in the world of football, so as someone who knows how this works, I think we will have Neymar at Barcelona for many more years. I’m convinced of that — we are witnessing destabilising tactics from PSG.”

However, upon returning from Ibiza after Barcelona players were given Tuesday off, Neymar, who signed a new contract in 2016, turned down the opportunity to make a statement when he was met by journalists at El Prat airport.

Instead, he maintained his silence, choosing not to put an immediate end to the speculation over his future.

Meanwhile, Diario Sport reports that Barca have asked Neymar to issue a denial to the reports which have grown this week following Esporte Interativo’s claim he has already accepted an offer from PSG and will move for a world-record transfer fee of €222 million.

Amid all the speculation, Neymar was part of the Barca squad which flew to the United States on Wednesday ahead of Saturday’s International Champions Cup game against Juventus in New Jersey.