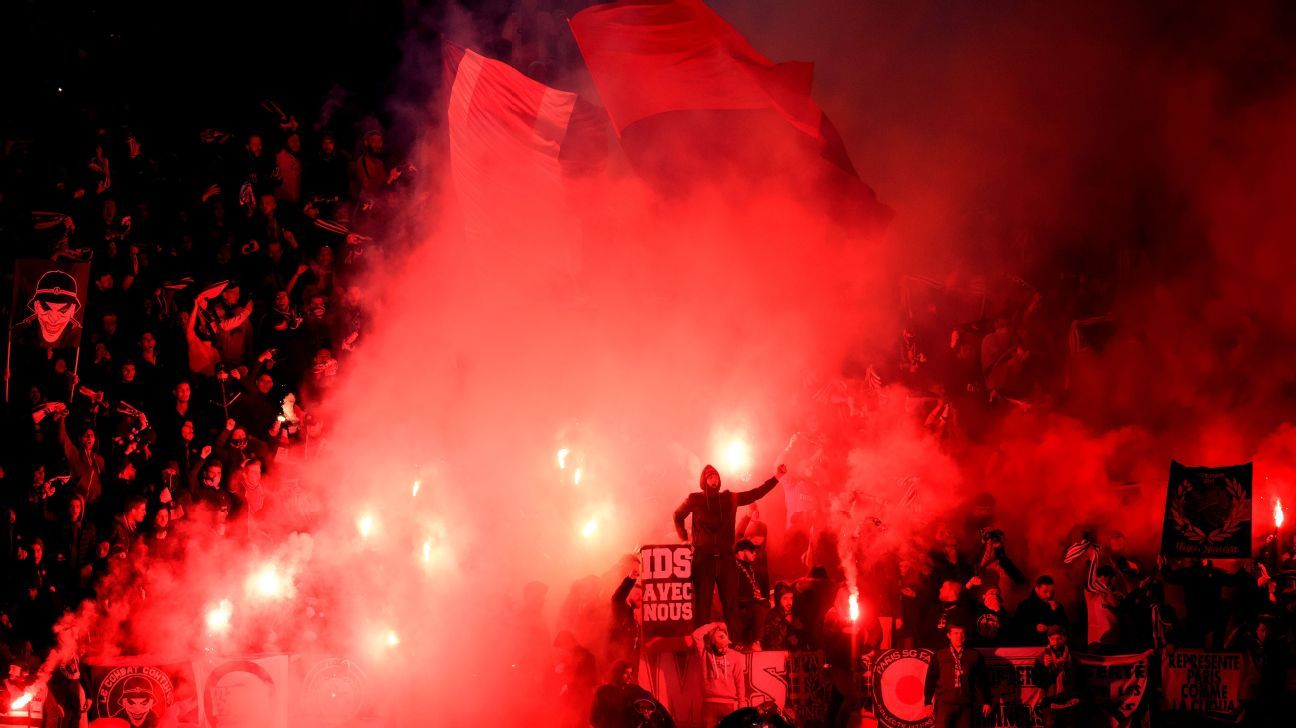 
Paris Saint-Germain must close part of their stadium at the next Champions League game they host as punishment for fans lighting flares and fireworks.

UEFA says its disciplinary panel ordered the north end of the Parc des Princes to be closed because of incidents at PSG’s 2-1 loss to Real Madrid this month, a result that eliminated the French club from the round of 16.

The runaway French league leaders have already qualified for next season’s Champions League and their next home game in the competition is likely to be in September in the group stage.

PSG remain under a separate UEFA investigation for possible violations of financial fair play rules, with a decision in that case expected before June.

UEFA acted against a second French club for crowd disturbances and using fireworks at a Europa League game in Spain.

Marseille fans attacked security guards at Athletic Bilbao’s stadium during a 2-1 win last week that sent the visitors into the quarterfinals.

UEFA banned Marseille from selling tickets to their fans for the first leg in Germany against Leipzig in two weeks.

Marseille were put on probation for two years, and a repeat of crowd trouble will see an away-fan ban at a second Champions League or Europa League game.