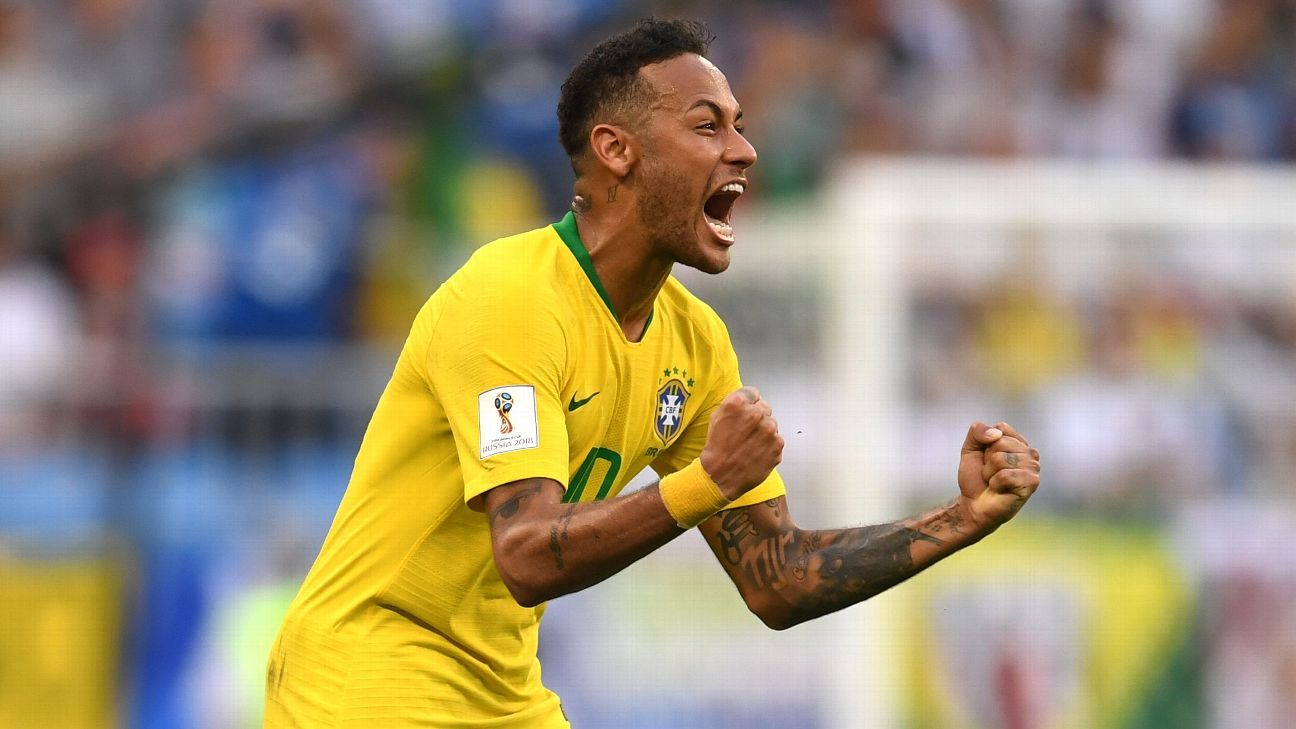 
Brazil national team physiotherapist Bruno Mazziotti, who worked to get Neymar fit in time for the start of the World Cup, has been hired to the same position by Paris Saint-Germain.

Neymar broke the fifth metatarsal in his right foot in February, ending his first season with PSG, and rehabilitated the injury under the care of Mazziotti so that he could be ready for the start of the competition in June.

“Paris Saint-Germain will be my new home!” Mazziotti wrote on Instagram. “I feel very happy and confident about my responsibility to help this club to grow as part of this project.

“This challenge is immense, but my will to succeed is even greater. Thank you to PSG for their confidence and belief in my work!”

A source close to the club told ESPN FC that Neymar, as well as fellow Brazil internationals Dani Alves, Thiago Silva and Marquinhos, were all keen to work with Mazziotti at the club.

The source also said sporting director Antero Henrique has wanted to add a Portuguese-speaking voice to the medical staff since Marcelo Pereira da Costa left the club in November because of fatigue, and he plans to continue his revamp of an area that he and others before him have deemed inadequate.

Da Costa originally moved to PSG with Silva, but he quit because of the stress and strain of covering the entire first team after Zlatan Ibrahimovic’s physio, Dario Fort, joined him at Manchester United.

Mazziotti, who has worked for Corinthians and Shandong Luneng, has also had fruitful working relationships with Ronaldo and Alexandre Pato.

His arrival is another step PSG have taken to please Neymar, who has been the subject of increased transfer rumours since Brazil’s World Cup exit.

Globo Esporte reported that Real Madrid have sent a representative, possibly Juni Calafat, to Santos to try to talk Neymar’s father into permitting a move to the club this summer.

According to AS, PSG could offer Neymar a new contract to keep him away from Madrid, and Mundo Deportivo reported the recent departures of Zinedine Zidane and Cristiano Ronaldo have made Neymar unsure that it is the right time to return to Spain.

Low, who played under Tuchel at Mainz in 2009, spent the last three seasons as an assistant at RB Leipzig.