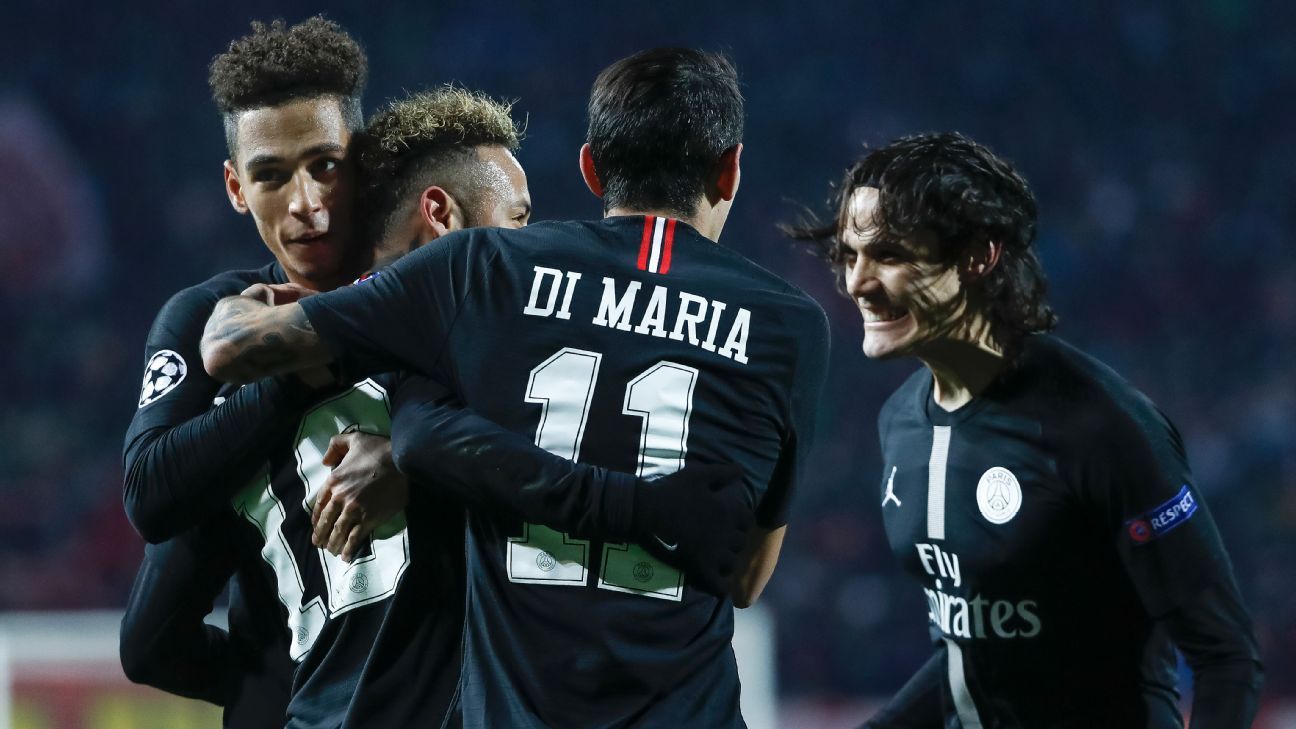 
On the flight back from Belgrade to Paris on Tuesday night, Thomas Tuchel allowed his PSG players to have a bit of fun. There was music, dancing, smiles and laughter after the 4-1 win that guaranteed them a place in the Champions League knockout stages and it was sweet relief — the six matches in the competition over the last four months have brought a rollercoaster of emotions.

There is a huge difference between the team that lost 3-2 at Liverpool in the first game of the group stage and the one that beat the Reds in Paris two weeks ago, then thrashed Red Star on Tuesday. At Anfield, PSG were 11 individuals. In the last two games, they have become a proper unit.

“We played together and for 75 minutes, we were impressive and totally in control,” Tuchel after the game on Tuesday. “What I am the most pleased about is that once again, the boys showed they are capable of playing as a team, with a lot of quality and mental strength.”

Tuchel needed time to get his message across and to get the players on board. He worked hard to find a tactical system which would bring his team more balance defensively but would allow freedom offensively for Neymar and Kylian Mbappe, and eventually got it with his hybrid 4-4-2 formation that changes into a 3-3-2-2.

During many meetings, both with the whole squad and individuals, the German has constantly repeated that the only way PSG could have a great season was to play more as a team. Everyone had to play for each other; everyone had to defend together; to attack together; to work hard together. Tuchel calls it “the invisible work” — what a team does when it doesn’t have the ball.

The manager has been tough on his men at times — dropping Adrien Rabiot and Mbappe in the league; taking off Edinson Cavani early against Liverpool — but when you see the way Neymar has been tracking back, putting the effort in to win the ball back, you can see that Tuchel’s message has been take on board. The manager has never been afraid to make big calls and it is paying off now.

Some may say that winning in Belgrade should be easy. Yet, neither Liverpool nor Napoli did it this season. While those teams struggled at the Marakana, PSG dominated.

“We are playing more as a team,” captain Thiago Silva told reporters in the mixed zone. “We are going from strength to strength. We are getting stronger every day. We have understood what the manager and his staff wanted. Our players are intelligent. We beat Red Star because we had the ball, but we were patient and we played simply.”

Finishing top of such a touch group will be a big psychological boost for PSG. In recent seasons, the Champions League group stages have been pretty much a walk in the park. This time, they had to find new resources to dig deep and improve as the competition went along. Thiago Silva admitted himself on Tuesday that at one point he was pessimistic about even qualifying.

“At some point, I got scared that we would not make it to the last-16,” he added. “But we managed to take the positives out of the tough moments. The win against Liverpool was a big boost. A draw and we would have been out. But to beat a team like that, one of the contenders for the final in this competition, did us a lot of good.”

Having looked down and out, qualifying is a huge step mentally. But they have an even bigger hurdle to overcome: their failure to get past the quarterfinals in any European competition in the last decade.

They will, of course, be hoping for a good draw. But, whatever happens on Monday, PSG feel that they are ready for the next stage. They are hungry for it.

Tuchel is keeping his feet on the ground — “We are not dreaming,” he warned — but to go further in the competition, PSG will need to keep playing as a team, even though they will still require more brilliance from their trio of attacking superstars Mbappe, Neymar and Cavani.

For now, PSG will celebrate as a team and enjoy the moment. Coming top of their group feels like a small victory but they will need bigger ones if they are to reach their goal of winning the trophy this season.