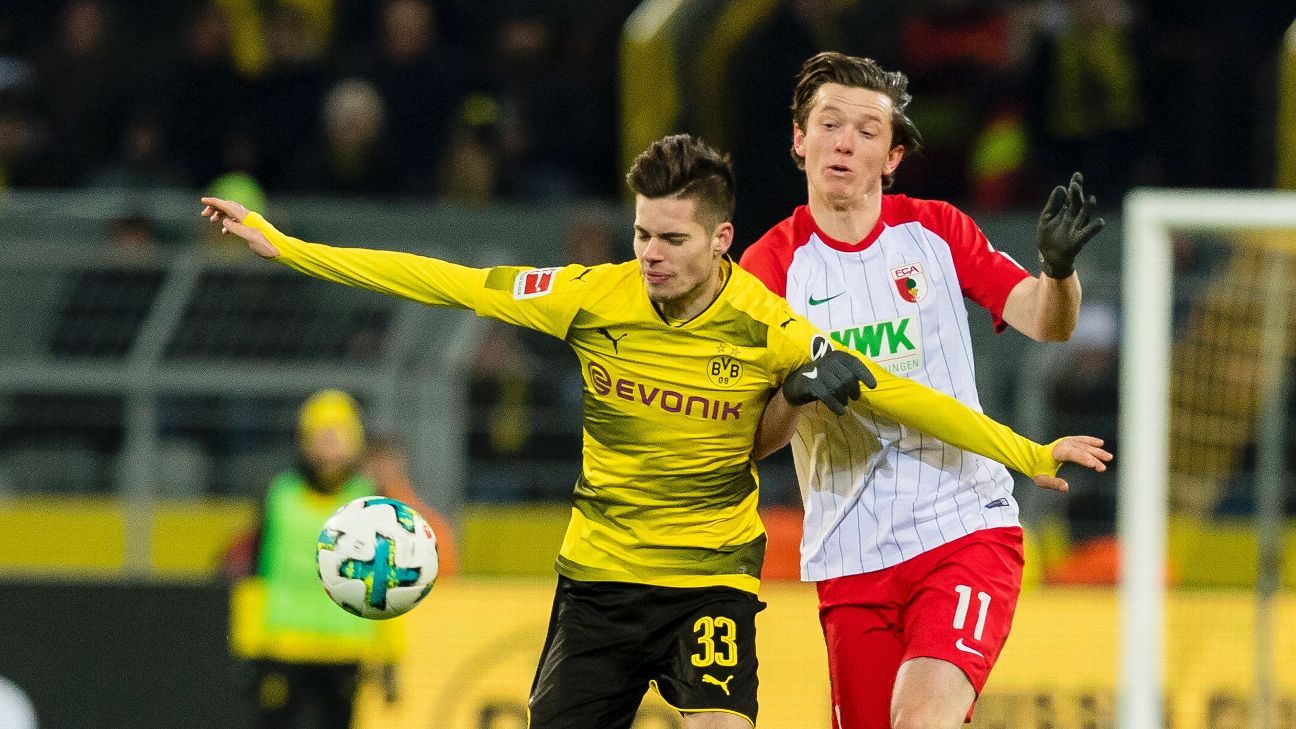 Henrique is attempting to bring in the No. 6 that coach Thomas Tuchel so desperately wants and, with negotiations in progress for Ajax wonderkid Frenkie de Jong ahead of a summer move and Adrien Rabiot still training with the reserves after refusing to sign a new contract, PSG are turning attention to immediate targets before the January transfer window closes.

Sources said that Weigl, who played under Tuchel at Borussia Dortmund, remains PSG’s top choice this month but though the manager declared himself optimistic that at least one reinforcement will arrive over the next fortnight, he would not be drawn on specifics.

“I cannot talk about players who play for another club,” Tuchel said during Friday’s prematch news conference when asked about Weigl. “Julian was a player of mine, but he is still a Dortmund player today. We are working hard to bring in a defensive midfielder.”

PSG are in talks with Weigl but can’t go above €30 million without selling players and/or freeing up salary space, but the German league leaders are also unwilling to let the midfielder go.

One part of PSG’s contingency plan is Paredes and sources indicated that the Argentina international is keen for a move to go through — despite reported interest from Chelsea — but that no agreement with Zenit has yet been reached.

The Russian club are looking for close to €50m to let Paredes leave but PSG are confident of negotiating that down after holding talks with his representatives in Qatar should they fail to land Weigl.

However, Celta’s Lobotka is another possibility after PSG were alerted to the fact that the Slovakia international could depart on an initial loan with an option to buy, which would suit the French champions better.

Sources said that Tuchel furst mentioned Lobotka when he arrived in Paris, but that Weigl is above him on the list and remains the former Dortmund boss’ top choice.

PSG’s interest in Everton’s Idrissa Gueye and Watford’s Abdoulaye Doucoure has weakened with both players deemed too expensive and the further complication that Everton would want Doucoure to replace Gueye if they let him go.