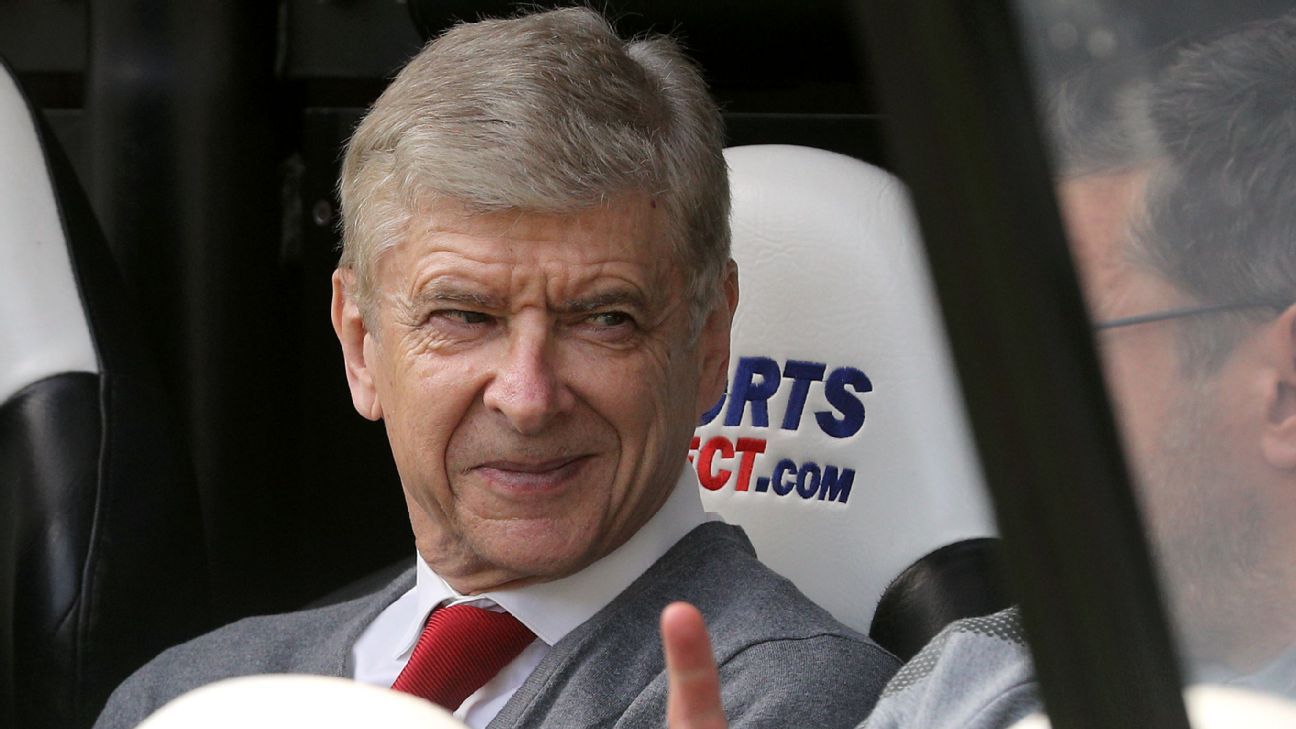 
PARIS — Arsenal manager Arsene Wenger could join Paris Saint-Germain in the future, but it will not be in a first-team coaching role, a source close to the club has told ESPN FC.

Wenger, 68, announced last week that he will be leaving the Emirates Stadium after 22 years at the end of the season and the France native has been linked to a move to PSG with coach Unai Emery out of contract this summer.

But the source told ESPN FC that Thomas Tuchel remains the top contender to replace Emery and that Wenger is actually seen as a potential future general manager by PSG, not as a long-term future coach.

Oryx Qatar Sports Investments (QSI), PSG’s owners since 2011, have long been interested in bringing Wenger in, but he has repeatedly opted to remain at Arsenal and his coaching reputation has since taken a hit in recent seasons.

Still, the club value the respect and credibility Wenger commands, as well as his experience, intelligence and enthusiasm for the game, according to the source, who clarified that any potential addition would be unlikely to happen this summer and instead be revisited over the first half of next season.

Wenger is on good terms with club chairman and CEO Nasser Al-Khelaifi, who he knows from working as a pundit with beIN SPORTS — the television station also presided over by Al-Khelaifi — and according to the source, QSI have always left the door open to Wenger if he ever decided to leave Arsenal.

Sporting director Antero Henrique’s position is thought to be secure for now as he has already begun planning the Ligue 1 winners’ summer, including transfers and the establishment of a link with a satellite club.

But the source said Henrique’s long-term future at the club is questionable because his first season in Paris has not been as successful as his superiors would have hoped. The search for the satellite club, which would help keep hold of the best young talent from the youth academy, has not gone smoothly, and Henrique has struggled to get rid of undesirable players such as Hatem Ben Arfa.

Wenger, then, could assume a role that would render Henrique obsolete — and possibly youth academy sporting director Luis Fernandez and technical director Carles Romagosa as well.

PSG would offer Wenger free rein to restructure the club behind the scenes and work closely with Tuchel. Wenger speaks German and Tuchel speaks French, which could lead to a stronger working relationship than the one Tuchel would have with Henrique.

Wenger, without the taxing nature of everyday coaching, would also have a particular focus on PSG’s young players, ensuring they can fulfil their potential in Paris and not elsewhere.

A number of clubs are expected to express interest in Wenger this summer, including Borussia Dortmund and others in Japan and China, but PSG believe that only the opportunity to lead France would quickly coax Wenger back into coaching.

Didier Deschamps, the current France boss who signed a new contract through Euro 2020 in October, could be shown the door in the event of a poor performance by Les Bleus in the World Cup this summer, and he could also leave if he is offered a return to former club Juventus with Massimiliano Allegri’s future unclear.

Meanwhile, Pat Rice, Wenger’s former assistant coach of 16 years, believes Wenger could be targeted for a role by FIFA and UEFA.

“I would not be surprised if he had an opportunity to go and join one of them,” Rice, who retired as Wenger’s No. 2 in 2012, told Sky Sports.

“Football is his love. When I was working there, you would go in the next day and talk about what film or comedy show you watched the previous night, or if you had been out in the West End, [but] he would come in and ask if anyone had seen Juventus vs. Roma or Barcelona vs. Malaga.”