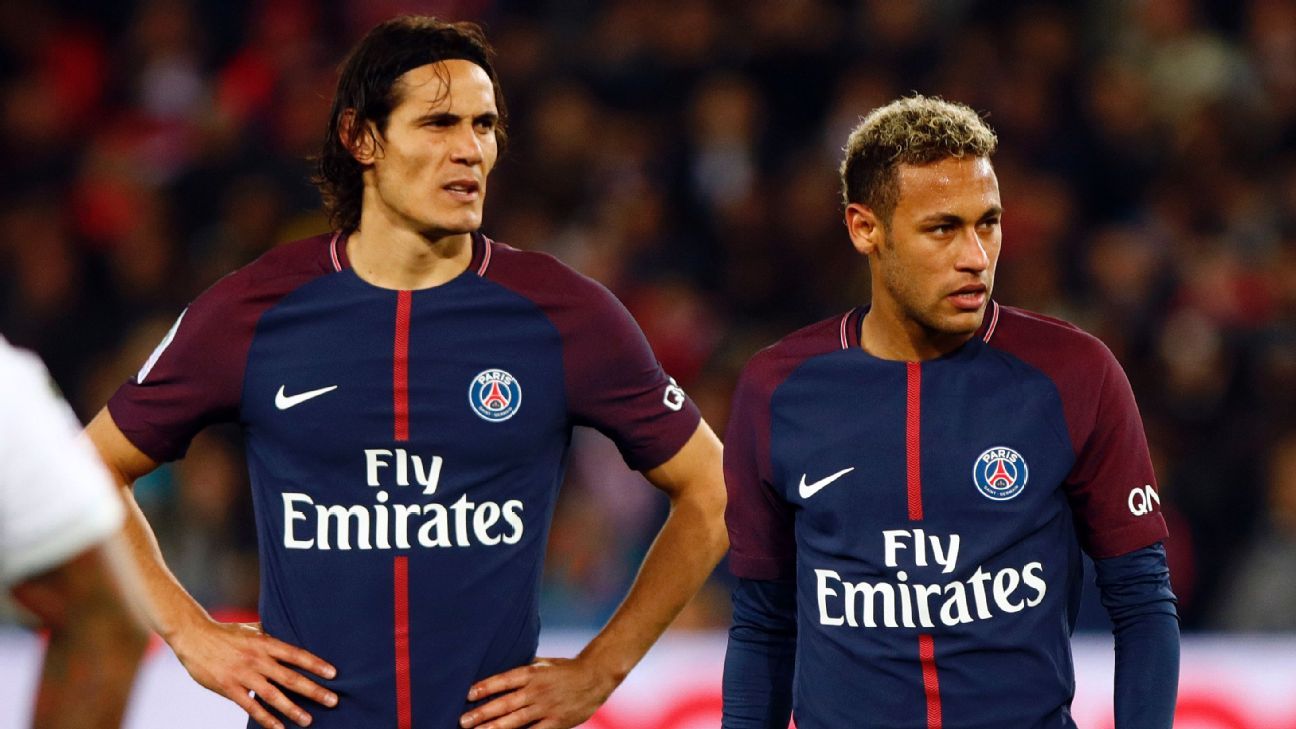 
Paris Saint-Germain have told Le Parisien that a report that Edinson Cavani was offered €1 million by club president Nasser Al-Khelaifi to allow Neymar to take penalties is untrue.

Cavani and Neymar recently disagreed over a second-half free kick and a penalty during PSG’s 2-0 home win over Lyon, and their public spat has led to reports of a rift between the pair.

Cavani, 30, rejected Neymar’s request to take the spot kick when it was 1-0 at Parc des Princes — the second time the Uruguay international has turned down such a request from the Brazil star.

A number of stories followed the public disagreement, notably featuring Dani Alves, who appeared to shield the ball from Cavani before handing it to Neymar for the free kick.

El Pais subsequently reported that Cavani currently has a €1m bonus clause in his contract if he finishes top scorer in Ligue 1 but that PSG chairman and CEO Al-Khelaifi had made an offer — via an intermediary — that would allow him to claim the bonus regardless on the proviso he gave up his status as designated penalty taker. The Spanish newspaper said Cavani rejected the offer.

But Le Parisien on Monday morning reported that the club was calling the report inaccurate.

The French newspaper tweeted: “PSG have formally denied information suggesting Cavani might give up penalties in exchange for the automatic payment of a bonus.”

Neymar missed PSG’s 0-0 draw away at Montpellier last weekend, but the former Barcelona forward and Cavani are both expected to feature this week as Bayern Munich visit in the second round of Champions League fixtures.