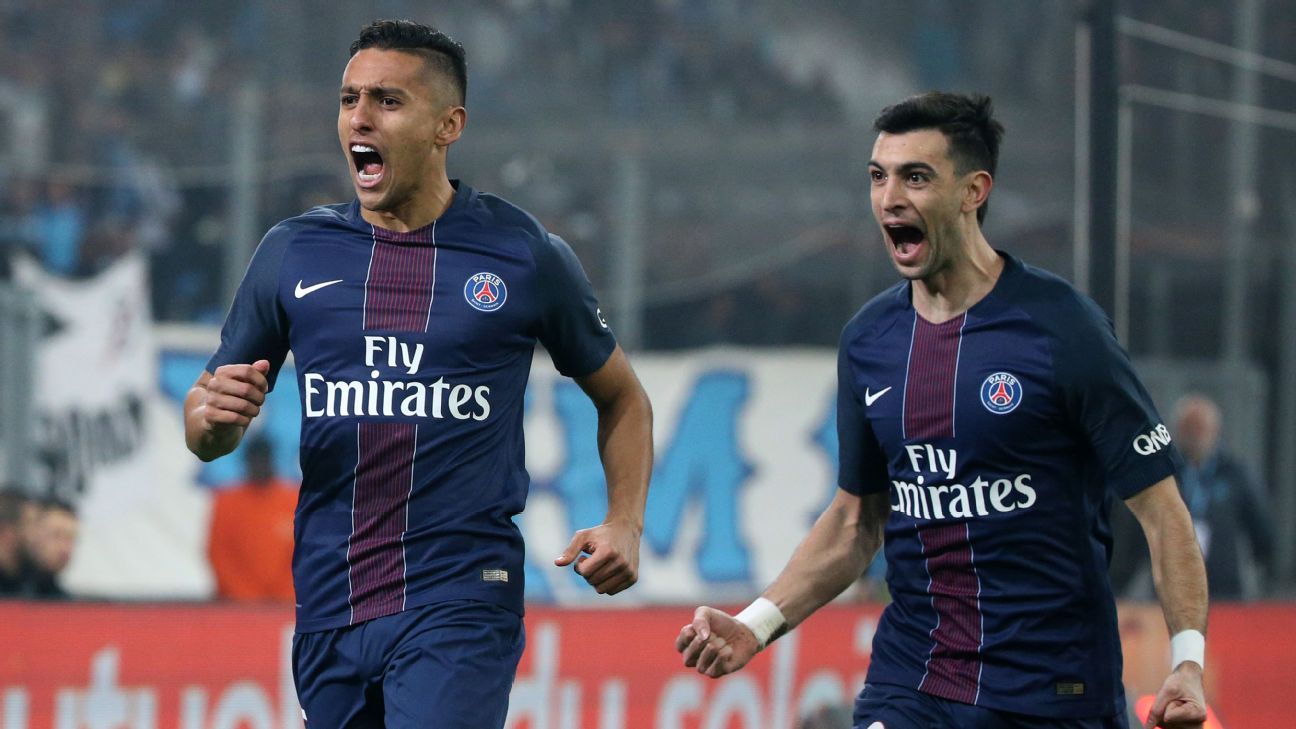 
Paris Saint-Germain central defender Marquinhos has said that he and his teammates are not interested in being feared in the Champions League, but are aiming to “write history” for the club.

Marquinhos added he has enjoyed his two recent stints as captain of the French capital outfit ahead of Wednesday’s Champions League Group B clash away at Anderlecht and looks forward to doing it again.

The Brazil international has skippered Unai Emery’s men against Bordeaux and Dijon of late and also wore the armband for his country against Chile during the recent international break.

“Truly, it is an honour and it gives me great pleasure,” Marquinhos said of the captaincy when asked at Tuesday’s prematch news conference. “This role includes lots of responsibilities — on and off the pitch.

“I have learned how to lead from the captains that I have played under. It is a pleasure when I get to captain PSG.”

After a 5-0 win away at Celtic and a 3-0 home win over Bayern Munich, PSG top their group with six points and eight goals scored without reply.

Marquinhos, 23, insisted that he and his Parisien teammates are not interested in being feared by the rest of Europe though.

“We want to win, do good things and bring our supporters and our families joy,” the South American declared at Constant Vanden Stock. “That is our real aim.

“We give everything — not to be feared but to write history for this club.”

After Wednesday’s clash with Anderlecht, PSG will turn their attention to Le Classique against bitter rivals Marseille at Stade Velodrome on Sunday.

Marquinhos is adamant that neither fixture is more important that the other this week and reinforced the sentimental importance of Ligue 1’s most prestigious rivalry.

“I do not think so. We have big objectives, so this match is very important,” Marquinhos said when asked if OM is a bigger clash than Anderlecht. “We know how much Le Classique matters to the supporters and to the club.

“We must stay professional mentally. It pleases me to play a Champions League game against a team that has plenty of history. Each match that you play in is the most important.”

Coach Emery has been impressed by Marquinhos’ maturity since being handed the captaincy in the absences of the injured Thiago Silva and Thiago Motta.

The Spaniard confirmed that the Brazilian has replaced the departed Blaise Matuidi as third-choice skipper behind Silva and Motta.

“Marquinhos has experienced a lot since he joined PSG,” said Emery. “He is a reference. We are very happy with him. He is capable of being captain. He is behind Thiago [Silva] and Thiago [Motta] but is able to handle the responsibility.”

Kylian Mbappe missed a host of chances in PSG’s fortuitous 2-1 win away at Dijon last Saturday but Emery backed the France international to bounce back in Belgium.

“Kylian is a young player and he will learn from experience,” Emery said. “It is a good thing for him. Against Dijon, he missed chances but that is part of gaining experience.

“He is intelligent. He adds plenty to the team, not just goals and assists — he also combines well with the others. If he gets similar opportunities here, he can score them.”

Silva was initially part of PSG’s 21-man squad for the Anderlecht clash but was forced to admit that he is not 100 percent after the final training session in Paris.

Emery expects Motta, Edinson Cavani, Marco Verratti and Layvin Kurzawa to be fit to start in Brussels though.

“Thiago completed the final training session but he is not 100 per cent,” Emery revealed. “He spoke with the doctor and with myself and we ultimately decided it was best to continue his recovery to get back to full fitness.

“The others trained normally, so we will see. If they are the way they were for the final session, Edinson, Marco, Thiago [Motta] and Layvin will all be able to play.”

PSG and Anderlecht will meet again before the end of the month and the Ligue 1 giants will be confident of keeping up their 100 percent winning record until they host Celtic at Parc des Princes in November and probably until they visit Bayern in Germany to finish the group stage.