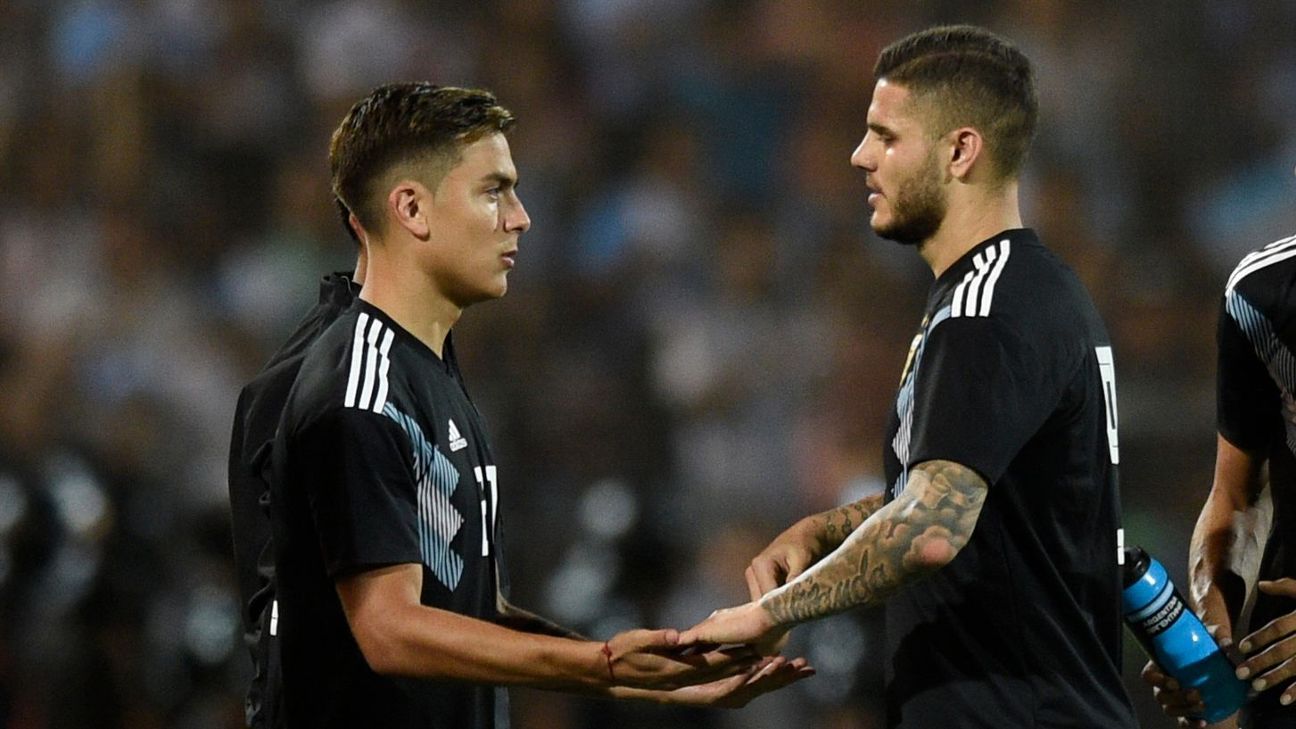 TOP STORY: Icardi and Dybala swap on the cards

Calciomercato is reporting that Paris Saint-Germain and Juventus could look to swap Mauro Icardi and Paulo Dybala.

This is not likely to happen as soon as January, but is something the two clubs are considering for the summer transfer window.

Icardi has been linked with Juventus many times in the past, before eventually heading to Paris from Internazionale, but this move could seemingly now come to fruition.

However, the reports say the likelihood of this exchange will increase dramatically if Dybala opts to not renew his contract with Juventus.

Juventus already have various strong options at centre-back, but Calciomercato has said that they are looking to sign Stefan Savic.

The Italian outlet says that Atletico Madrid are already expecting an offer to come in from the Italian giants in 2021.

The Montenegro international’s current contract doesn’t come to an end until 2022, but Atletico don’t want to lose him for free.

This means the centre-back will be sold if he doesn’t sign a new deal, and Juventus are among those who may pounce as Savic considers a new challenge.

Liverpool are looking to sign Sporting CP left-back Nuno Mendes, according to A Bola.

The Portuguese outfit is trying to get the 18-year-old to sign a contract so that they can increase his current €45 million release clause.

The Reds are watching this situation closely, as they will back out of the deal if this price rises any further, says the report.

So far, this impasse over a new buyout clause is reportedly one of the factors that has prevented Mendes from extending his deal with Sporting.

– Fernando Llorente hasn’t made it onto the pitch for Napoli so far this season, but Calciomercato suggests he will have big offers in January. That is because both Juventus and Inter are showing interest in signing the Spaniard, according to the report. The striker is firmly out of Gennaro Gattuso’s plans, so the manager will not stand in the way of a move.

– PSG have completely lost their patience with Jese, according to Deportes Cuatro. The winger has struggled to make an impact since joining PSG in 2016, and it seems he may have had his final chance. Thomas Tuchel has insisted that the Spaniard won’t play for the club again and that they will look to sell the 27-year-old.